The Strange, Little-Known Danger That’s in ALL Water – Cancer Defeated

The Strange, Little-Known Danger That’s in ALL Water 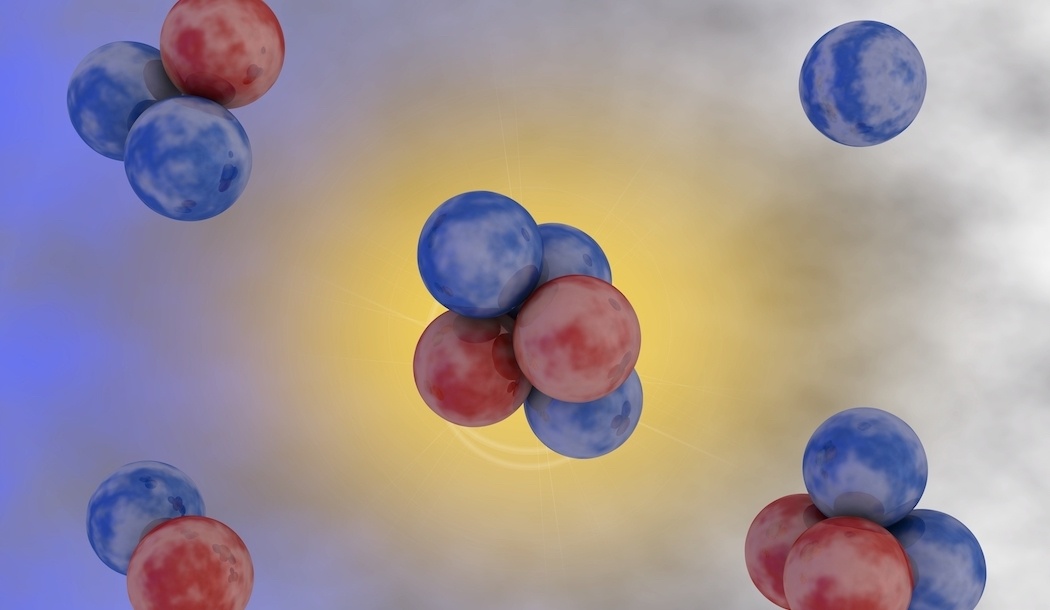 Most people have never heard of deuterium – and have no clue that it’s a health demon.

It’s probably not on your radar – even if you religiously try to avoid toxins and rid yourself of the ones you’ve got. And I’ve never heard a word about it from the dozens of doctors we’ve interviewed.

I first learned of it from a scientist named Que Collins, Ph.D., speaking last September at a conference on alternative cancer treatments. Other pioneers in the study of deuterium include neurosurgeon Dr. Jack Kruse, Dr. Laszlo Boros, and Dr. Anne Cooper.

If these scientists are right (fair warning: I don’t know if they are), you’d be wise to take steps to rid your body of the stuff.

The real risk is not in deuterium’s existence… but rather in its tendency to build up in your body. It alters many processes in a negative way.

It’s not a stretch to say that deuterium is a prime suspect behind the so-called diseases of aging, including cancer and metabolic diseases. High deuterium levels may trigger unhealthy growth patterns that are linked to obesity and cancer.

Keep reading to get the details. . .

Deuterium is a rare form of hydrogen – which sounds innocent enough. Hydrogen is the most common element in the universe. But deuterium is actually the evil twin of “regular” hydrogen.

Hydrogen is number one in the periodic chart of the elements because it contains one proton, and the defining characteristic of an element is the number of protons it has. Calcium, for example, has 20 protons, making it number 20 in the chart.

Deuterium is the form of hydrogen that carries a neutron in addition to its proton, making it twice the atomic weight of regular hydrogen, which has only a proton.

A neutron carries no charge but is as massive as a proton, which means deuterium has an atomic weight of “2,” as compared to “1” for regular hydrogen.  Deuterium is known as “heavy hydrogen.”

Both regular and heavy hydrogen occur naturally. Anywhere hydrogen exists in a chemical compound (such as water), deuterium can substitute
for it.

You may remember that the formula for water is H2O – two molecules of hydrogen and one of oxygen.  If a water molecule happens to be made of deuterium instead of regular hydrogen it’s dubbed “heavy water” or “dirty water.”

It looks and tastes like regular water. But it’s not. It has higher boiling and freezing points. Ice made with heavy water sinks instead of floating on the surface. Heavy water is familiar to physicists and history buffs because it figured in the development of the atom bomb during WW II.

Ordinary water contains a few molecules of heavy water –only about 155 deuterium atoms per million hydrogen atoms. That doesn’t sound particularly high, but it’s enough to sabotage your internal chemistry.

Fun fact:  heavy water is called D20 instead of H2O. There also exist hybrid molecules of water that contain one deuterium (“D”) and one “regular” hydrogen atom (“H”). Those are called HDO. It’s all water. You wouldn’t be able to tell one from another.

For over half a century, scientists have known that cancer is primarily a metabolic disorder.

Your tiny mitochondria are little machines that “frantically” spin at 6,000-9,000 rpm to supply your body’s massive energy needs.

High D levels (over 130 ppm) make your mitochondria sluggish – and put your whole body at risk. That’s in part why chronic fatigue is a symptom of cancer.

Your strands of DNA are held together by hydrogen. When D accumulates in your body, cells start to use it instead of regular hydrogen. Remember, D can slip in just about anywhere H would normally be.

The accumulation of D alters your DNA’s shape, which then hinders signaling and triggers mutations. Once that happens, don’t expect to get off scot-free. D buildup can trigger numerous diseases all by itself.

The wrong kind of growth

Growth can be good – in plants, children, and young animals.

But in adults? Not so much. Growing outward leads to obesity, and growth in the wrong places can mean cancer. Most people know that cancer feeds on sugar and carbs. But what they don’t realize is that it’s not the carbs themselves, but the D in the carbs.

Normal cells become cancer cells when the energy-producing mitochondrial motors are destroyed and the body starts to use D in its fueling processes.

It spirals out of control even further… as internal reactions slow massively — by six to ten times.

In your body, timing is crucial. So a severe slowdown is a recipe for disaster, according to the advocates of this whole theory.

How does deuterium (D) get into your body?

It enters your body using normal pathways – through food, drink, and air.

Your ability to excrete D decreases with age, illness, poor breathing, and lack of quality sleep. The more D you collect, the faster you age. Foods and beverages may be low in D, or high. Choosing low-D options means choosing life, as they equip your body to fight disease and aging.

Deuterium depletion is the art of actively and purposefully lowering your D levels by making wise food, water and lifestyle choices.

Which foods are low in D? The following are known as deuterium-depleted foods (DDF).

In a nutshell, a ketogenic, organic, grass-fed diet.

By contrast, the following foods are high in D. Consume at your own peril.

But wait just a moment…

Before you start down the road of D depletion, it’s smart to know your starting point by testing your D levels.

The simplest test is called the D-TERMINATOR test. It requires breathing plus saliva or urine sample.1 Ideally, your levels should be below 130 ppm.

Although this is a newer therapy with limited study to date, those studies do appear promising. Here’s what we know so far.

One striking discovery was just how sensitive cancer cells are to D depletion – causing tumor regression and even tumor necrosis.

Take note: This theory also has its detractors

In one study, small quantities of heavy water seemed to increase fruit flies’ longevity by 30%, though it wasn’t clear whether that was the result of calorie restriction or the heavy water. And because it was just one study, its advocates seem to have backed off from promoting it.

You also can’t generalize from fruit flies to humans. Much, much more study is needed.

Still, you’ll find Shchepinov’s ideas on the Internet… Though it appears the evidence in favor of DDW seems to outweigh the evidence against it, especially given its studied benefits for cancer patients. But you’ll have to decide for yourself.

DDW for wellness, or for therapy

For fighting disease, depletion therapy is incredibly safe and complements conventional care. Rest assured, this is no new experimental drug with unknown and scary side effects. It’s a way to remove unhealthy junk from your body… like removing dirty oil from your car.

You can deplete D without deuterium-depleted water. But DDW can be especially useful if:

Technically, any water that contains less than 155 ppm deuterium is considered depleted. For maximum impact, choose DDW with under 125 ppm.

Reportedly, Aquafina tests at 139.5 ppm. It’s not therapeutic grade, but sure beats 155.

Two credible DDW brands available in the United States are Preventa and Qlarivia. Preventa is available at various ppm levels, Qlarivia contains a very low 25 ppm. Experts advise that you don’t drink DDW at levels below 85 ppm unless you’re terminally ill or can’t achieve optimal levels by any other means. They can be mixed with Aquafina to achieve the dose you want.

To deplete your levels of deuterium, drink 1 to 1.5 liters or more of DDW per day, and limit or avoid other beverages.

You can purchase the D test, Preventa DDW, and personal consultations at ddcenters.com.