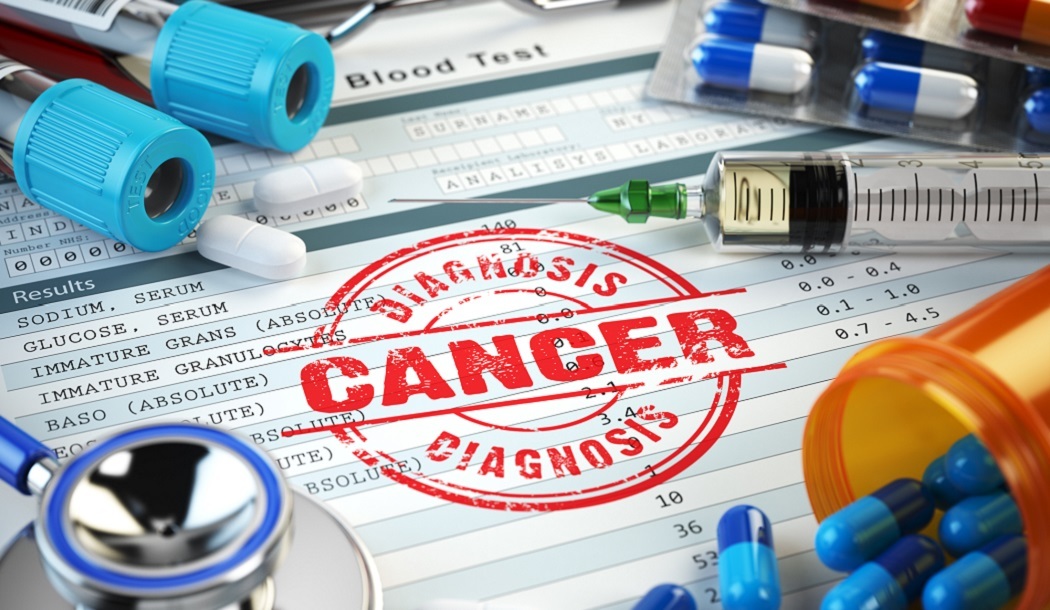 Every spring I send one of my talented reporters to the annual Annie Appleseed Cancer Conference in West Palm Beach, Florida to bring you a report on the latest treatments. This is the second of several articles reporting on treatments discussed during the conference.

When a cancer patient is at the end of his or her rope, there’s nothing to lose by trying a strange remedy. At least, that’s what Joe Tippens of Oklahoma believed.

At this year’s Annie Appleseed Cancer Conference, Joe explained his remarkable journey through cancer diagnosis, failed treatment and a very strange discovery that saved his life and transformed him into an internet celebrity of sorts.

In August of 2016, Joe was headed to Zurich to work for three years as part of a corporate partnership. But before he could board the plane, his life changed when doctors found a tumor the size of his fist in the lower lobe of a lung. He cancelled his partnership and instead traveled to MD Anderson Cancer Center in Houston to attend to his health.

Tragically, MD Anderson found the cancer had metastasized, infiltrating tissues and organs from his head to his toes. The doctors gave Joe no hope of survival and sent him home, recommending hospice care.

Somehow, a veterinarian who specializes in large animals heard about Joe’s dire situation and gave him a call. The vet explained that an anti-parasite drug used on animals, especially dogs, to get rid of parasites was also getting rid of any cancers.

What’s more, one of the animal researchers was a lady who had the deadliest kind of brain cancer: glioblastoma. She tried the anti-parasite drug, called febendazole, on herself and the glioblastoma went away.

Upon hearing this information, Joe thought, “What the heck!” He figured there was nothing to lose from trying the drug. Worst case: he would die, an outcome already predicted by some of the nation’s top oncologists.

A dog de-wormer cures cancer?
You’ve got to be kidding!

Three months after starting the drug, Joe’s PET scan showed “NED,” which means no evidence of disease. He raised more than a few eyebrows when he revealed that he was taking a dog de-wormer for his terminal lung cancer—and that it worked.

What complicates Joe’s story is that he was also in a trial of keytruda, a cancer drug that costs six figures and has a long list of horrendous side effects.

Joe admitted to the Annie Appleseed Cancer Conference audience that some people will ask, “How do we know you weren’t saved by keytruda?” But he asserted with confidence, “Keytruda didn’t save me. The other drug did!”

As word spread about his story, Joe was getting 30 to 50 phone calls a day about fenbendazole. He decided to publish his protocol on his blog, and the post caught on like wildfire. His blog was translated into Chinese, and to date five million people have read his story and thousands have tried his fenbendazole protocol.

On Joe’s Facebook page, he publishes three to seven new success stories every week from people who have tried fenbendazole for their cancers with spectacular results.

The success stories of Joe’s fans who’ve had a good outcome using fenbendazole (without keytruda) for their cancer, give weight to his conviction that keytruda didn’t cure his cancer but fenbendazole did.

Many cancer researchers would probably agree.

The researchers wrote, “Further investigation revealed that the fenbendazole had been incorporated into a sterilizable diet supplemented with additional vitamins.”

So, the Johns Hopkins researchers decided to assess the role of fenbendazole and vitamins on human lymphoma cells.

While it certainly seems odd to consume a dog de-wormer to cure human cancer, fenbendazole is starting to be taken seriously by cancer researchers.

Joe explained that three scientists from India were at MD Anderson 15 years ago studying fenbendazole as a cancer treatment. The three have published research explaining why it works, and now MD Anderson has revived research about fenbendazole.

How can fenbendazole cure cancer?

In the journal Scientific Reports, Indian researchers studied human cancer cells grown on laboratory mice, similar to what the Johns Hopkins researchers did. But in this case, the researchers found that fenbendazolealone stopped cancer cell growth and development.

They wrote that “the drug inhibited glucose uptake” by cancer cells—essentially blocking their source of food—and in addition stopped enzymes needed for cancer cells to feed and grow.

They concluded that fenbendazole “exerts cytotoxicity to human cancer cells” and “may be evaluated as a potential therapeutic agent because of its effect on multiple cellular pathways leading to effective elimination of cancer cells.”2

Meanwhile, the research out of MD Anderson found that fenbendazole reduces inflammation involved in the development and growth of cancer.

In a laboratory study on Bolivian squirrel monkeys, the MD Anderson researchers found fenbendazole-treated monkeys had “significantly decreased” numbers of inflammatory cytokines, such as TNF-a, when compared with control monkeys.3

In a study published in the journal Oncotarget in 2016, researchers from Johns Hopkins University found mebendazole “can slow colon cancer growth.”

For this study, researchers grafted human colon cancer cells onto laboratory mice. The researchers wrote, “we reveal in this study that mebendazole has the ability to reduce tumor initiation.” They went on to say that the effects of mebendazole were “most potent” when combined with the anti-inflammatory drug sulindac.4

The researchers in this study inferred that perhaps this combination could one day be considered for prevention of colon cancer in very high-risk groups.

While the research is still in the very early stages, the studies on fenbendazole and mebendazole are incredibly promising, especially since the research suggest that both anti-parasite drugs are safe and non-toxic. In fact, mebendazole is already approved for use in people, and has been used to treat parasite infections in humans for the last 60 years, according to Johns Hopkins researchers.

What’s more, while chemotherapy can cost tens of thousands of dollars, a box of fenbendazole starts at $8.00. You have to order fenbendazole from Pet-Meds.org because it’s not yet approved for human use. Patients who happen to own a dog will get an extra benefit: a dog bone comes with each order!

On the other hand, mebendazole can be very expensive—it is for human use after all, and we know how Big Pharma charges for medication! — with prices per pill ranging from $6.00 to $430.00.

Readers who decide to self-treat with either of these two drugs must do so at their own risk. At Cancer Defeated, we’re just journalists and we can only report what others have said or written. We don’t have any firsthand experience with these treatments.

Joe Tippens still takes febendazole (specifically Panacur C from Merck Animal Health) every day, and plans to continue for the rest of his life. Joe also takes vitamin E, CBD oil and curcumin, a supplement that has anti-inflammatory and anti-cancer effects.5

If you’re interested in learning more about the Joe Tippens protocol, visit his blog at https://www.mycancerstory.rocks.