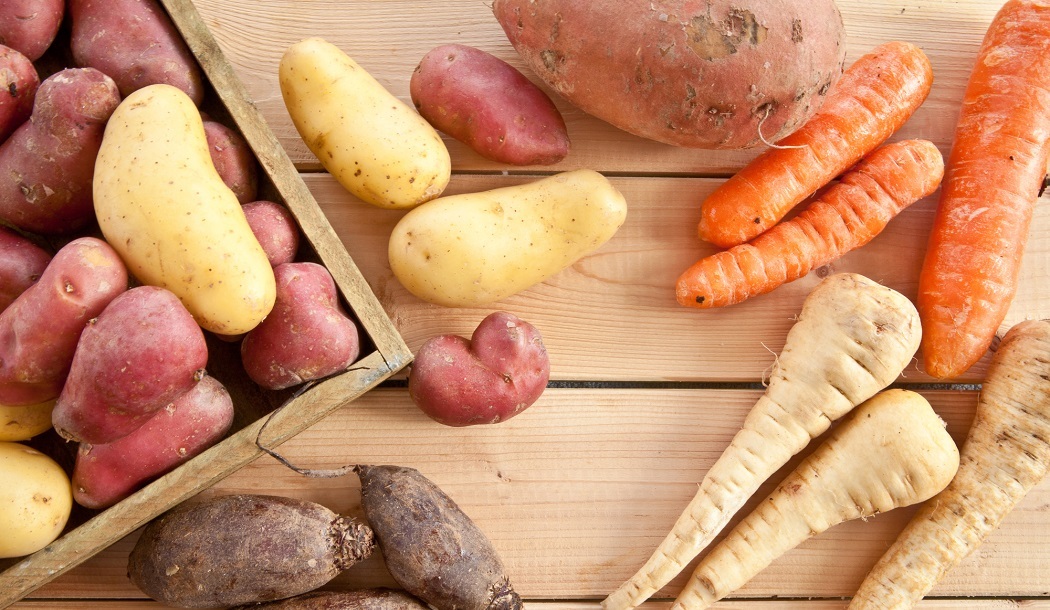 With all the lip service given to plant-based diets these days, it’s easy to think all vegetables have similar health benefits. But there’s an entire class of vegetables, known as root vegetables, that deserve praise all their own.

Root vegetables have a host of cancer-fighting benefits that are often overlooked, as well as antioxidant concentrations that rival the leafy greens you hear so much about.

Root vegetables are straightforward. They get their name because they’re grown underground where roots are found, often at the base of the plant. Root vegetables aren’t all roots themselves. Some are bulbous growths that develop to store nutrients to nourish the plant in winter.

The vegetable part is the edible portion of the plant that’s grown underground. Carrots, potatoes, sweet potatoes, yams and onions are some of the most common root vegetables found in our diet. Other root vegetables include turnips, ginger, beets, garlic, radishes, fennel, celery root or celeriac (different from common celery), turmeric, yucca, water chestnut, and rutabaga.

Because these vegetables absorb enough water and nutrients to feed the rest of the plant, they are nutritional powerhouses with a wide variety of nourishing vitamins and minerals. For example:

In fact, root vegetables are higher in cancer-fighting vitamins, nutrients, minerals, and antioxidants than most other common foods.

A top source of cancer-preventive nutrients

The antioxidant stores alone are one of the best reasons to incorporate a variety of root vegetables into your daily diet, given that many types of cancer are spurred on by oxidative stress in the body.

Researchers have documented anti-cancer effects of all different kinds of potatoes in multiple types of cancer cell lines and animal models, although it appears that the more colorful the potato, the stronger its cancer fighting effects.

Meanwhile, purple potatoes did a better job than white potatoes suppressing the growth and spread of human colon cancer cell lines in another laboratory study, although both types of potatoes tested effective.

As with most vegetables, the fresher the better. The fresher the potato, the higher the level of cancer-fighting phytonutrients, according to researchers.

But wait, root vegetables are carbs
— isn’t that bad for you?

Yes, most root vegetables are also starches, which is the kind of carbohydrate your body breaks down into glucose—or sugar— to use as energy.

Fortunately, the calorie load for most root vegetables is quite low. For example, a white russet baked potato registers at only 164 calories, including skin. That is if you avoid the typical version of a baked potato loaded with butter or sour cream. And many folks will pile on bacon bits, onions, and grated cheese. If you load it up that much, your potato now weighs in at 450 calories, with 198 of those coming from fat!

Which points out a common problem: While root vegetables tend to be low in calories, the way we usually prepare them often triples the calorie load. This contributes to obesity, one of the biggest risk factors for cancer and other diseases.

Root vegetables also aren’t immediately filling in the same way eggs, beans, or yogurt may be. So, it’s easy to eat too much.

In fact, you may be surprised I’m even talking about white potatoes as a potential health food. And I have to admit, it doesn’t come naturally to me.

Remember, the root vegetables with color have far more cancer-fighting nutrients than white root vegetables do. But there’s something else you need to know: It’s not just the color of root vegetables that’s important to your health and blood sugar control, it’s the peel.

Scientists recently discovered that the peel of certain root vegetables actually lowers blood sugar and offers a host of other health benefits.

In the clinical study, diabetic men were given an extract of white skinned sweet potatoes for six weeks. By the end of the study, the men experienced reduced fasting glucose and improved insulin resistance, or the body’s ability to use sugar. Not only that, researchers found the sweet potato skin extract also reduced total cholesterol and LDL cholesterol levels.

Another root vegetable, yam, is shown in laboratory study to improve cholesterol levels as well as increase sex hormone binding globulin (SHBG), which protects against the development of diabetes and cancer in women.

Eat your root vegetables
as naturally as possible

The best approach to enjoying root vegetables is to eat a wide variety of them in as close to their natural state as possible, with the peel on.

So instead of a nightly baked russet potato, try a sweet potato or a new root vegetable. Minimize toppings such as butter and sour cream (not to mention the Thanksgiving favorite of putting brown sugar and marshmallows on sweet potatoes—that’s dessert and we all know it!)

Some of the less commonly eaten root vegetables that could liven up your meals include beets, radishes, Jerusalem artichoke, or yucca (also known as cassava). Any root vegetable can be boiled, mashed, baked, roasted, or cooked into a soup or casserole.

It’s also wise to make sure your root vegetables are the only starch on your plate. Meaning, if you’re eating a root vegetable with your meal, skip the serving of rice, pasta, or bread. You’re less likely to experience a dramatic rise in blood sugar this way.