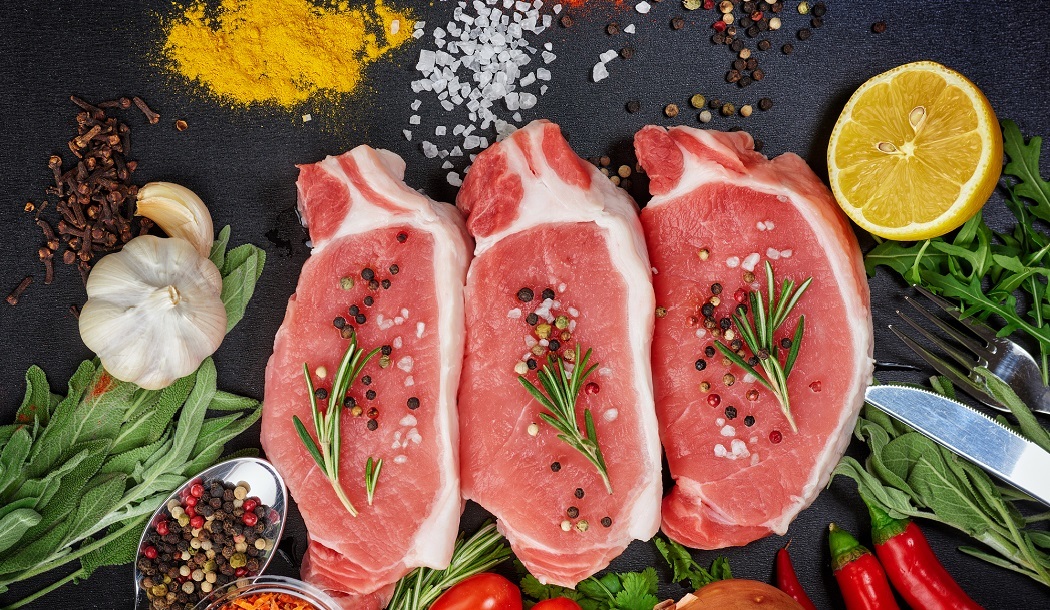 Organic food is better for you than non-organic, because it’s always better to keep pesticides and herbicides out of your body.

Another reason to eat organic is to avoid the antibiotics that are frequently found in meat. These drugs are fed to animals because apparently they promote quick weight gain, and also enable cattle and chickens to survive the extremely unhealthy conditions on factory farms. The animals are overcrowded and the pens are filthy.

The animals that receive antibiotics are dosed regularly – sometimes even daily. The drugs are mixed in with their food and water, a practice known as sub-therapeutic administration.

When you eat these animals, you’re taking the drugs just as surely as if you popped a pill from a prescription bottle. Antibiotics may be life-saving substances if you actually have a bacterial infection that your immune system can’t handle on its own. But when they’re in your grilled steak, scrambled eggs or baked chicken they don’t benefit you in any way.

You want to avoid these unwanted drugs, but to do that you need to know a few tricks of the agriculture trade. Otherwise you’ll end up eating drug-tainted food you thought was pure.

Keep reading for the full story. . .

If you know about this issue, you already know that feeding antibiotics to farm animals has given rise to superbugs. These are selected bacteria that survive the antibiotics while the weak strains of bacteria die. The survivors breed and thrive, resulting in antibiotic-resistant bacteria that few or no drugs can kill.

These superbugs are showing up in our meat sources and lead to food poisoning outbreaks caused by MRSA in pork and resistant salmonella in turkey, to name just a couple of examples.

But you probably don’t know there’s an even more sinister effect of antibiotic abuse: the increased risk of cancer and other life-threatening diseases.

Meat and poultry producers in the U.S. aren’t required to report how they use drugs on their livestock. Meaning we don’t know how much and which animals are getting the heaviest doses… yet hundreds of millions of us eat the meat that comes out of those farms.

Because of the non-reporting — and for various other reasons — it’s hard to directly connect the spread of superbugs to overuse of antibiotics in livestock.

Regardless, the Centers for Disease Control and Prevention (CDC) and other government agencies have testified before Congress that there’s a clear link, and powerful groups like the World Health Organization, the American Academy of Pediatrics, and the American Medical Association all agree.

But for the moment, let’s leave aside the issue of antibiotic-resistant bacteria. How might eating antibiotics every day in meat directly affect us? Very likely it affects our gut microbiomes. The constant carpet bombing by antibiotics must kill the friendly bacteria in our digestive tract.

I’ve written about it plenty before: The collection of bacteria in your gut microbiome is one of the leading indicators of immune system health. With a wide-ranging, thriving, diverse garden of gut bacteria, your immune system functions at its best, inflammation levels stay down, and the threat of killer diseases like cancer stays at bay.

So what’s an omnivore to do? If you want to keep meat in your diet but avoid antibiotics, you can begin with reading labels – though even those are baffling.

For example, buying fish can be confusing. As yet there are no USDA organic standards for farmed fish. That means fish may be labeled “organic” despite treatment with antibiotics. There are no rules. Fish farmers regularly use antibiotics, and over a third of the world’s seafood is farmed.

One ray of light comes from the grocery chain Whole Foods, which offers an independent, third-party certification for all farmed seafood it carries. This certification includes zero tolerance of antibiotics, among other things.

Another promising label is the “Farmed Responsibly” tag from the Aquaculture Stewardship Council. This group controls standards for farmed mussels, clams, scallops, tilapia, and other seafoods.

As far as eggs go, regulations permit fewer antibiotics for egg-laying chickens. That’s reassuring, but studies have found antibiotic residues in eggs despite reports from the poultry industry that antibiotic use is limited. And a 2000 study from the Journal of Agricultural and Food Chemistry showed antibiotics can linger for some time in a chicken’s eggs.

And then here are some labels that don’t tell you anything useful: Natural, Antibiotic-Free, and No Antibiotic Residues. The first only means nothing has been added to the meat itself, after the slaughter (like artificial color). Antibiotics could still have been used while the animal was alive. In fact, “Natural” is an unregulated term that may mean nothing at all.

And the terms “Antibiotic-Free” and “No Antibiotic Residues” aren’t authorized or regulated by the USDA. So they too can mean anything and everything… or nothing.

Labels to look for and look past

The standards are stricter for meat. If a food producer wants to use the organic seal from the Department of Agriculture, it has to agree not to give antibiotics to animals raised for meat. But there are exceptions.  For example, chickens and turkeys can receive antibiotics on their first day of life and still be considered “organic.”

So if you want to be sure your poultry is completely free of antibiotics, you’ll want to look for a “raised without antibiotics” label along with the “organic” label.

Labels that say “no antibiotics ever” or “never given antibiotics” mean what they plainly say. I would buy with confidence. By law, these labels even exclude animals that were given antibiotics if they got sick (as opposed to being given antibiotics as a preventative measure).  If a food producer who uses the organic seal from the Department of Agriculture treats a sick animal with antibiotics, they have to process that animal as “conventional.”

Another reassuring label to look for is the “USDA Process Verified” seal on the meat package. It means USDA inspectors visited the farm and confirmed that no antibiotics were used.

Still other promising labels are worth a touch of caution. Several fast-food restaurants like McDonald’s and Wendy’s have a policy of only using chicken that was given “no medically important antibiotics” (though this doesn’t apply to beef or pork). I share the stance of several public health officials, who point out that the term “medically important” means nothing. Antibiotics were still given to the animals, and resistance genes and gut bacteria don’t care what the reason was for the medicine.

The labels “no growth promoting antibiotics” and “no critically important antibiotics” should be viewed with similar concern. Meat with these labels is a slight improvement over the industry standard, but not enough to get me to pull out my wallet.

If you like to eat out, you’ll appreciate the Consumers Union report on big restaurant chains and antibiotic meat. They ranked 25 restaurants in terms of the antibiotics used in the meat and poultry they purchase. Big chains Chipotle and Panera are at the top, as both already enforce strict antibiotic-free policies. Subway, Chick-fil-A, KFC, and Taco Bell all have antibiotic-free policies in the works, but for the time being they continue to use drug-treated meat.