The Truth About Fried Foods and Cancer - Cancer Defeated

The Truth About Fried Foods and Cancer 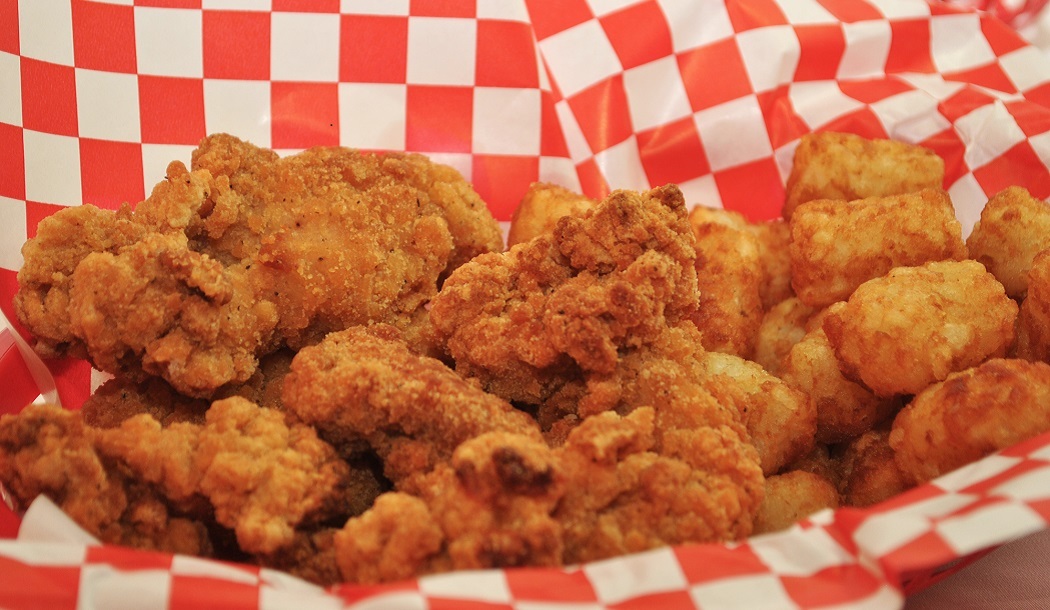 If you’re like me, you instinctively love the smell of frying food. The rich fragrance of French fries or fried chicken—oh, it makes me hungry just thinking about it!

Interestingly though, researchers found that it’s not actually the smell of frying food— or any food for that matter— making you hungry, but the sensation of hunger actually increasing your sensitivity to smell. It’s one of your body’s natural survival mechanisms for helping you more easily find food when your body needs it.1

But when it comes to eating fried food, the latest research gives you another urgent reason, beyond clogged arteries, to reconsider. Researchers at the University of Massachusetts at Amherst looked at the effects of eating falafel (a Middle Eastern deep fried dish) fried in canola oil, an inexpensive oil used widely in the U.S.

Their laboratory tests showed that eating fried falafel resulted in damaging inflammation in the colon. Even more alarming…

That’s right. In these laboratory tests, eating fried falafel spurred tumor growth in the intestines, including the colon. The effect of chemicals from the fried food on colon tumors was dramatic – “The tumors doubled in size from the control group to the study group,” says researcher Guodong Zhang.

As an added danger, researchers also linked eating fried falafel to “leaky gut”— when pathogenic bacteria and related toxins leak through gut tissue and enter the bloodstream.2 Leaky gut can contribute to cancer and a host of other health problems from chronic pain to a weakened immune system.

This study didn’t prove that eating fried foods can necessarily trigger the growth of cancer in your digestive tract and colon. Maybe it just tells us more about the dangers of fried canola oil than anything else. Health experts have long-warned against vegetable oils, especially canola oil

Still, the study provides another black mark on fried foods. And I’ve got even more scary evidence for you, so keep reading.

The researchers stress that if you already have inflammation in your colon or already suffer colon cancer, the substances in fried food can make your condition significantly worse.

“In the United States, many people have these diseases, but many of them may still eat fast food and fried food,” says researcher Guodong Zhang. “If somebody has IBD (inflammatory bowel disease) or colon cancer and they eat this kind of food, there is a chance it will make the diseases more aggressive.”

While frying foods, in and of itself, produces harmful compounds that trigger cancer-fueling inflammation in the body, a common restaurant practice of re-using oil to fry food can increase the danger considerably.

Researchers call this type of re-used oil “thermally abused.” Tests at the University of Illinois show that eating food fried in oil that’s been used more than once can set off genetic changes that promote the spread of breast cancer.3

In these lab experiments, which used soybean oil – another common type of vegetable  oil – the analyses showed that the abused oil quadrupled a breast cancer cell’s ability to metastasize, or spread, from the breast into other organs including the lungs, liver and lymph nodes. The compounds from the fried food also made the spreading cancer cells more aggressive and invasive.

The Illinois researchers explain that when oil is reused, the fats it  contains are broken apart into individual fatty acids and they release a carcinogenic toxin called acrolein. Chillingly, acrolein has been linked to heart issues and clogged arteries as well as cancer.

Now, while European countries have tried to regulate how much of these harmful compounds can be present in frying oil, the U.S. has not established any regulations – and even the European standards, according to the research results, are too lax.

“Because there are no regulations in the U.S., it’s really difficult for us to evaluate what’s out there,” says researcher Nicki J. Engeseth. “But the important thing is, the food that’s fried in these oils sucks up quite a bit of oil. Even though we’re not consuming the oil directly, we’re consuming oil that’s brought into the food during the frying process.”

The scientists believe that these types of compounds in frying oil wake up cancer cells that may be harmlessly inactive and get them revved up to start multiplying and spreading.

How prevalent is re-used oil? Extremely. I’d venture to say that nearly all French fries and onion rings are deep fried in old oil that’s used over and over again.

Fried food also has serious implications for the risk of prostate cancer. A study at the Fred Hutchinson Cancer Research Center shows that if you frequently consume deep-fried foods like fried chicken, French fries and doughnuts you are upping your risk of developing a prostate malignancy. And, as with cancer of the breast, these fried foods are strongly tied to the more aggressive types of prostate cancer.4

Perhaps most concerning of all, you don’t have to eat much of these fried foods to put yourself at increased risk. In this study it was shown that men who consumed  one of these foods even as little as once a week increased their chances of cancer between 30 and 37 percent. Yikes!

So what’s behind all of this? The trouble appears to be in the temperature of the oil. The scientists found that heating oil to high temperatures needed for frying brings about the formation of toxic chemicals such as acrylamide – often formed in French fries – as well as other toxins called heterocyclic amines and polycyclic aromatic hydrocarbons, which you’ll find frequently in fried meats.

Not very appetizing, to say the least! What’s more, the researchers found that the longer the food was fried in high temperature oil, the more of these toxic chemicals appeared.

And don’t forget those ugly AGEs

And if all of this isn’t enough to turn you away from fried foods for good, foods fried in high temperature oil also contained advanced glycation end-products – or AGEs. I’ve written about these many times. They’re deadly carcinogens.

And I have one last warning – fried meat has also now been connected to kidney cancer.

A study at the MD Anderson Cancer Center in Houston shows that eating fried meat – as well as barbecued meat – increases your risk for renal cell carcinoma, the most common form of kidney cancer in adults.5 In this research, the high temperatures that occur in fried meat produced toxins linked to causing cancer.

Reading up on all of these studies has given me serious pause about ever eating fried food again. Don’t get me wrong – I’m still attracted to the taste and smell of frying. But my concern about the cancer-connected toxins in those foods is enough to kill my appetite.