The Worst Kinds of Processed Foods 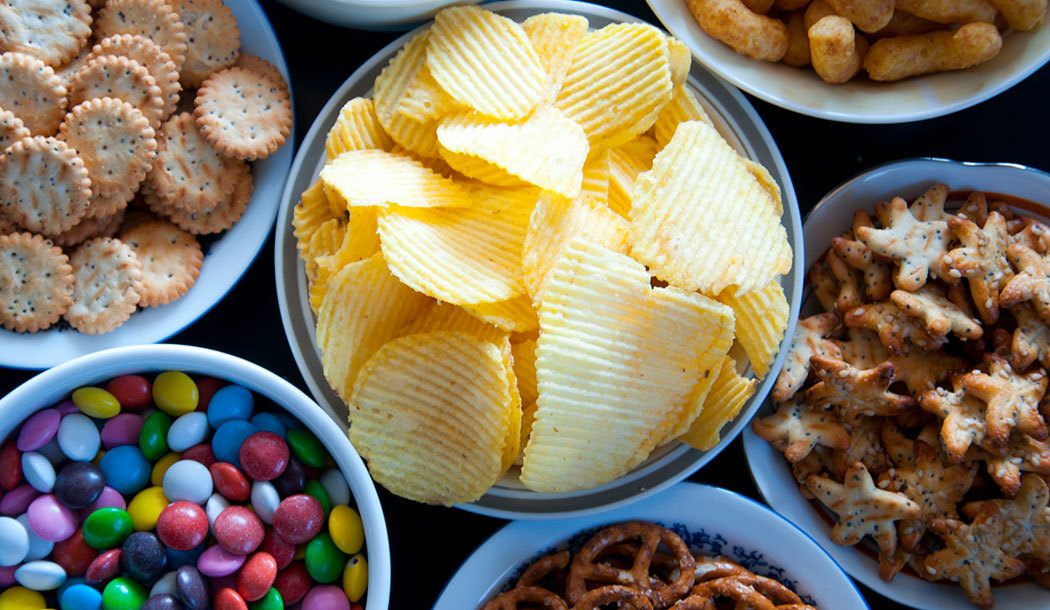 “Ultra-Processed Food,” as you might guess, is a step beyond processed food. It’s not a term I just made up. It’s the result of a new effort to drill down deeper into the whole subject of processed foods, and establish a sort of rating system.

It turns out that foods described as ultra-processed make up 58 per cent of the energy intake of the average American, yet the health effects of consuming foods of this type are largely unknown.

The new food classification system, called NOVA, was introduced in 2016. It puts processed foods into four different categories according to the degree of processing. This has allowed researchers to focus on the effects of eating foods from any specific category.

Are you even worse off eating ultra-processed food than mere processed food? These are early days, but there’s some revealing evidence. . .

The few studies performed so far on the impact of eating ultra-processed foods have demonstrated higher levels of blood fats in Brazilian children and a greater risk of high blood pressure and obesity in Spanish university students.

And earlier this year a study was published in the British Medical Journal that was the first to look at the link between ultra-processed foods and cancer.

If you take an interest in your own good health, you’re probably aware that processed foods are damaging.  The processing often removes or denatures important nutrients, and adds chemicals that increase the risk of cancer and other diseases.

But because so many foods are processed in some way, dividing them simply into processed and unprocessed became unhelpful in understanding the effects the foods have, or in guiding national food policy. Some experts felt a more refined approach was needed, one that looked at how extensively processed the foods are.

The NOVA system divides foods into these categories:

Also includes industrial manufacturing processes with no domestic equivalents such as extrusion (a complex process using physical, mechanical and chemical changes involving heat and pressure in the making of snacks, breakfast cereals, confectionery bars and coatings), molding, and pre-processing for frying

Professor Carlos Monteiro and colleagues in the department of nutrition at the University of Sao Paulo, Brazil, where NOVA was devised, described category 4 as “formulations mostly of cheap industrial sources of dietary energy and nutrients plus additives, using a series of processes…[that]…are energy-dense, high in unhealthy types of fat, refined starches, free sugars and salt, and poor sources of protein, dietary fiber and micronutrients.

“Ultra-processed products are made to be hyper-palatable and attractive, with long shelf-life, and able to be consumed anywhere, any time. Their formulation, presentation and marketing often promote overconsumption.”

In an interview, Professor Monteiro said the new classification “allows a precise identification of the main driver of the pandemics of obesity and other chronic diet-related non-communicable diseases, such as diabetes, cardiovascular disease and many types of cancer.”

To see if these food products were linked to cancer, researchers from the University of Paris (more familiarly known as the Sorbonne) examined data from almost 105,000 French participants aged 18 to 73, of whom almost 80 per cent were women.

All supplied information about dietary consumption over a 24-hour period on three separate occasions six months apart, a schedule designed to cover different seasons and a weekend day. 3,300 different food items were included in the analysis.

After five years follow up it was found that a ten percent increase in the proportion of ultra-processed foods in the diet increased overall cancer risk by a significant 12%. It specifically increased the risk of breast cancer by 11% — a finding more likely to be significant because the sample included so many women.

The top food groups contributing to the ultra-processed classification were sugary foods (26%) sugary drinks (20%), breakfast cereals and starchy foods (16%), fruits and vegetables (15%). I assume the last figure means the items were canned or otherwise processed, not fresh.

Because France has a strong culinary tradition, ultra-processed foods only make up 14.2 per cent of foods sold (18.7% among the people in this study). However, even in France people have started to eat dramatically greater amounts of these foods.

It will be interesting to see a repeat of this study conducted in the US population where four times as much of this kind of product is sold.

Commenting on the study, Professor Linda Bauld from Cancer Research UK said the study was a “warning signal to us to have a healthy diet” and only eat processed foods “here and there.”

Explanation for the findings

Lead author Mathilde Touvier, senior researcher in nutritional epidemiology, remarked that ultra-processed foods “all have food additives, they all have compounds formed during processing and heating of the products, and they all have compounds that could come from the packaging itself…some of these are of concern regarding cancer risk.”

In particular the study authors pointed to four factors to explain their findings.

Poorer nutritional quality: Higher in calories, salt, fat and sugar, and lower in fiber, these foods also trigger a bigger insulin response and are less filling and satisfying, which leads to overeating. All of these factors have been linked to an increased cancer risk.

Additives: While individual food additives may be below unsafe levels, the potential interactions among the 250 authorized additives is unknown. Lab studies point to potential carcinogenic properties.

For instance, titanium dioxide, a whitening and packaging agent, promotes pre-cancerous lesions in the colon and chronic inflammation in the intestines. The World Health Organization lists it as “possibly carcinogenic to humans.”

Other concerns include the negative impact of artificial sweeteners on the gut microbiome and carcinogens formed from delicatessen meat containing sodium nitrite when charred or overcooked.

Heat treatments that form contaminants in products like bread, biscuits, fries and coffee. One of these – acrylamide – was shown to increase risk of kidney and endometrial cancer. The European Food Safety Agency classed this compound as genotoxic. Other contaminants with carcinogenic properties are heterocyclic amines and polycyclic aromatic hydrocarbons.

Bisphenol A: Often contained in the plastic packaging of ultra-processed foods, BPA is believed to migrate into the food itself. It’s linked to cancer by its negative effect on endocrine glands. The European Chemicals Agency judge bisphenol A to be “a substance of very high concern.”

The study authors believe that if the results of this study are confirmed in other populations then “the rapidly increasing consumption of ultra-processed foods may drive an increasing burden of cancer in the next decades.”