These Are the Germs That Could Someday Cure Cancer - Cancer Defeated

These Are the Germs That Could Someday Cure Cancer 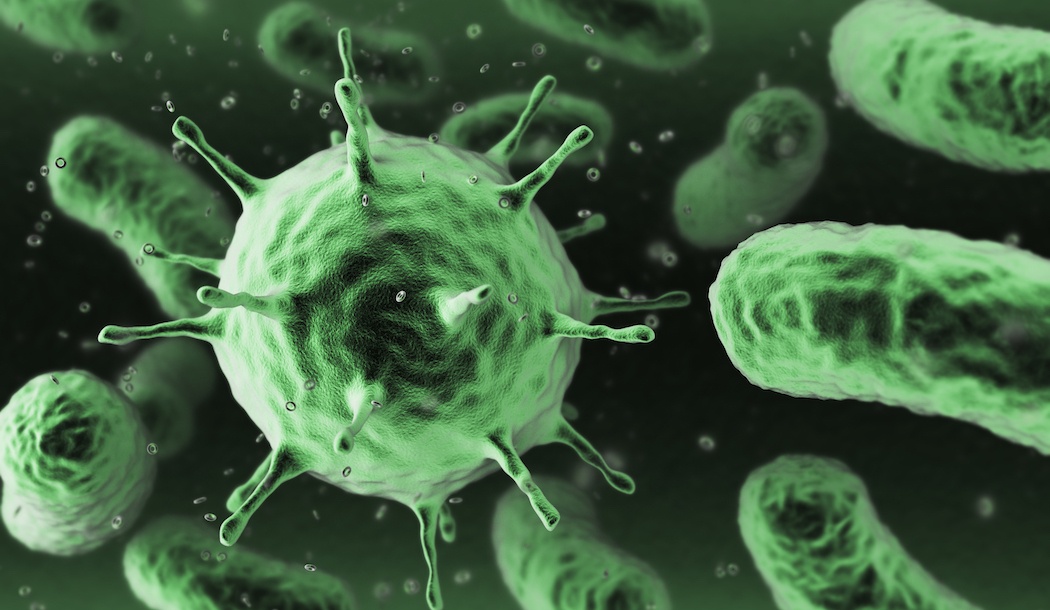 Most of what you hear about probiotics focuses on what they do in the digestive tract – processing nutrients, nourishing the cells of the intestinal walls and keeping out “bad” microbes.

Those benefits have been enough to prompt millions of people – including many who are not fans of alternative health — to take supplements that contain beneficial digestive bacteria and yeast strains.

You might even find your straight-laced conventional doctor recommending a probiotic supplement, and some of these pills are FDA approved.

But I’m pretty sure the FDA and your doctor won’t be telling you what I’m about to. . .

The “friendly” bacteria in your body do a lot more than nourish your colon. Studies show that bacteria live just about everywhere in your body. And their influence can be crucial in determining your risk of cancer.

The relationship of these widespread bacteria to cancer is complicated. Let’s first be clear that some of the trillions of bacteria in our bodies are harmful. Some species can make certain organs more vulnerable to cancer. But the evidence shows that others help the body resist the growth of tumors.

The growing amount of research in this field feeds optimism in cancer researchers. Many of them now believe that in the future, anti-cancer probiotic bacteria may be used to build up the body’s ability to stop cancer in its tracks.

When scientists take a closer look at some of the bacteria found in people who have avoided cancer, they find that these microbes produce substances that make the lives of cancer cells more difficult – and can help to kill malignant cells.

For example, in the digestive tract, bacteria classified as Propionibacterium produce what are called short chain fatty acids that penetrate cancer cells and go after their energy-producing mitochondria. Once inside the cancer cell, these fatty acids set off chemical chain reactions that cause it to self-destruct by the process called apoptosis.1

Researchers in France who have studied this effect believe that probiotic supplements containing these bacteria – and other bacteria that produce short chain fatty acids – could soon be taken by people looking to lower their chances of cancers, like colon cancer, that grow in the digestive tract.

But it’s not just about the GI tract. Short chain fatty acids from bacteria can also protect other organs from cancer. A lab study in Belgium shows that one of these fatty acids — called proprionate — helps keep liver cancer cells from reproducing and forming tumors. And their tests also lead them to conclude that it may help lower the risk of leukemia.2

At the same time, researchers in Japan have identified another anti-cancer weapon in the arsenal of probiotic bacteria. In this case, a bacteria-secreted chemical called ferrichrome has been shown to induce apoptosis in colon cancer cells and keep tumors from growing.3

The Japanese researchers point out that the anti-tumor effect of ferrichrome is “greater than or equal to that of anticancer drugs including 5-FU (fluorouracil) or cisplatin.” (These are two commonly used chemotherapy agents.) As you might expect, ferrichrome does not carry a risk of the dangerous side effects of chemo drugs. It doesn’t harm normal cells.

Besides that, other research shows this same class of probiotic bacteria can lead to epigenetic effects that reduce the risk of muscle tissue loss in people with cancer. This debilitating muscle wastage is known as cachexia, and often contributes to a cancer patient’s death even when the cancer-cell-killing therapies are working.4 And the same study shows evidence that ferrichrome-producing bacteria promote better health for the thymus gland, an important component of the immune system.

On the dark side, a study at the Institute of Human Virology (IHV) at the University of Maryland School of Medicine indicates that a protein called DnaK, produced by a bacterium called mycoplasma, can make you more likely to develop lymphoma (cancer of the lymph system). This happens because DnaK interferes with cells’ ability to repair DNA damage, and when DNA damage is left unfixed, normal cells can malfunction in ways that convert them into cancer cells.5

The Maryland researchers also found that the bacteria making this protein can behave like hit-and-run drivers. They can briefly latch onto normal cells, introduce DnaK, and then depart – leaving behind a cell ready to spin out of control and become a malignant lymphoma cell.

In the case of esophageal cancer, researchers in Italy have discovered that the throats of people with this cancer are infected with certain bacteria in different proportions than people without the malignancy. In cancer patients, the investigators found larger amounts of bacteria called Veillonella, Bacteroidetes, Porphyromonas, and Prevotella.6

When it comes to breast cancer, research at the Cleveland Clinic reveals that the bacteria living in the breast tissue of women with cancer differs significantly from what is found in women with normal tissue.7

In this case, a strain of bacteria called Methylobacterium lives in healthy breasts in larger amounts than in the breasts of women with tumors. In contrast, breast cancer victims not only have less Methylobacterium in their breasts, they also have other harmful bacteria living in other parts of the body that apparently make them more vulnerable to cancer (although researchers haven’t figured out why.)

The Cleveland Clinic tests show that the urine and urinary tract of women suffering from breast cancer has higher levels of the gram-positive bacteria classified as Staphylococcus and Actinomyces. (Gram-positive bacteria are those that react in a certain, identifiable way in lab screenings.)

The bacteria on your skin can protect you

Even on your skin research now shows that bacteria can help defend against the development of cancer.

A study at the University of California San Diego School of Medicine shows that a strain of bacteria called Staphylococcus epidermis produces natural chemicals that kill off a variety of cancer cells — but is harmless to normal skin cells.8

The compound made by the bacteria has the difficult name of hydroxyaminopurine (6-HAP). In the California lab tests, the researchers found that 6-HAP prevents the initiation of skin tumors linked to damage from the ultraviolet rays of the sun, keeps cancerous cells from spreading, and interferes with the reproduction of cancer cells – all while leaving normal cells alone.

As I write this, it’s not clear how all this research will play out in the future in revealing the best way to use probiotic bacteria to prevent and treat cancer. As researchers at the University of Alberta in Canada have pointed out in their review of this whole subject, “We have only made it through the tip of the iceberg in our understanding of the role of microbes in maintaining health and altering the host environment for the promotion of inflammation and cancer.”9

Right now, the best advice I can offer is to eat a wide variety of fruits and vegetables while consuming fermented items (which contain beneficial bacteria) like kimchi, sauerkraut, tempeh, natto and organic pickles. And keep an eye on these pages. As research turns up more information about the relationship between cancer and the bacteria that live in our bodies, I’ll let you know.