These Foods Can Make You Depressed and Lead to Cancer 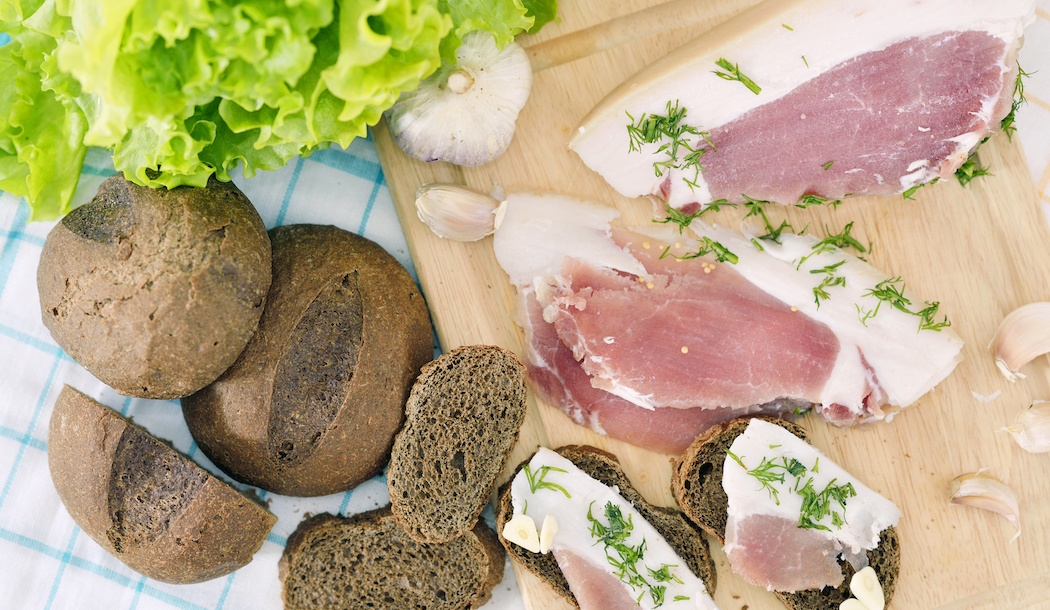 For example, say you take a walk in the morning to the coffee shop around the corner. The sunshine and fresh air make you feel good, so you order a smoothie for breakfast, which gives you an energy boost so you’re ready for work, which leaves you feeling positive and capable, which translates to swinging by the gym on your way home, followed by a heart-healthy meal and a good nights’ sleep.

Sounds like a great day, right? Do this kind of thing regularly, and your overall health either improves or stays good.

But let’s say it’s raining, so you skip your morning walk. You stay home and make yourself bacon and eggs for breakfast. The heavier meal makes you sleepy throughout the day so you’re not very productive, which puts you in a bad mood. You grab a burger on your way home, which you eat in front of the TV, followed by on-and-off dozing till you rouse yourself after midnight and finally shuffle to bed.

Do that kind of thing regularly, and your overall health plummets.

So it’s worth considering the little things that affect your health, and especially the foods that make you happy and energetic versus the foods that bring you down – emotionally and physically. Here’s one of the foods that’s a bringdown…

You might never suspect it, but eggs can ruin your mood.

This is tricky territory, because eggs have come in for pretty good press lately (including by me) – after decades of being trashed by doctors. Whatever their faults, they do contain the “perfect protein.” They’re easy to cook, readily available, cheap, and high in nutrients… what’s not to love?

The answer is something you’ve probably never heard of: arachidonic acid. It’s an inflammatory omega-6 fatty acid your own body produces. So clearly, you need it.

In small quantities it’s benign, but there’s such a thing as too much arachidonic acid. And when you get it in excess, you’re at risk for inflammatory diseases and mood disorders.

Besides carrying it in your own body, you’ll find arachidonic acid in animal products — and eggs and poultry in particular.

According to Japanese researchers, eating just one egg a day is enough to significantly raise the arachidonic acid levels found in your bloodstream.

Proof you can have too much of a good thing

Early evidence shows arachidonic acid can trigger blain inflammation. This puts you at higher risk of suicide and depression. If you suffer from depression or your family is predisposed to it, this is something to take seriously.

On the flipside, epidemiological studies show that eating a diet high in carbohydrates and low in both fat and protein (meaning you consume very little arachidonic acid) correlates with lower levels of anxiety and depression.

I’ve written plenty about the benefits of a whole food, plant-based diet. In a study that followed overweight or diabetic employees who tried it, the participants had more energy, higher-quality sleep, and improved mental health, at least when compared to a control group of people who ate whatever they wanted.

This study was followed by a similar study at ten different sites where the researchers found comparable improvements in anxiety, depression, and emotional health thanks to a meat-free, plant-based diet.

Long-time readers know I don’t advocate vegetarianism, but I do think meat intake should be moderate. For whatever it’s worth, my personal approach is to eat meat at maybe four meals a week – and no processed meats such as hot dogs or ham. I don’t think 12 or 14 meals a week with meat is a good idea.

Here’s another fact that can’t be denied: arachidonic acid also appears to stimulate the growth of prostate cancer cells by as much as 200 percent. And PSA levels – which are a measure of prostate inflammation – tend to increase exponentially.

Because prostate cancer often grows at a slow rate, older men don’t have to worry about it much. They just need to monitor their condition to make sure it doesn’t go downhill (about one prostate cancer out of ten is fast-growing). Most men will die of old age before they die of prostate cancer, and the condition is way over-treated in our society.

But if you indulge in a diet heavy in arachidonic acid, the prostate’s secretions of PSA will likely skyrocket – and prostate cancer cell growth may accelerate. I would venture that if you KNOW you have a prostate tumor and you’ve adopted the “watchful waiting” approach to keep an eye on it, a diet low in meat and eggs is a very good idea.

Reluctant to give up animal products? Then think about this: In a study where prostate cancer patients were asked to eat a plant-based diet, nine of the ten patients experienced a slowing of their PSA growth rate and four of them experienced an actual reversal in their PSA levels and cancer growth.

If you want to live a long, comfortable life, then it’s worth getting on board.

Food that makes you happier, healthier,
and is NOT socially limiting

One final note: It’s not just cancer and depression that respond to lower levels of arachidonic acid. Chronic health issues like inflammatory bowel disease, including ulcerative colitis and Crohn’s disease, get better when people consume lower levels of arachidonic acid. This is achieved by eliminating animal protein from the diet. Basically, skip the meat, eggs and fish. (Note: Even a semi-vegetarian diet seems to help with Crohn’s patients.)

The change in eating habits may not be as hard as you think. In one study that put patients on a strict vegetarian diet, the researchers were initially worried that participants would find the diet hard and socially limiting. They even thought it might lead to psychological distress. On the contrary, their patients scored higher than ever in their measures of psychological health and reported less depression and anxiety.

So as the New Year approaches, consider making a low-meat or no-meat diet your new life goal.