These Three Nutrients Team Up to Fight Cancer – Cancer Defeated

These Three Nutrients Team Up to Fight Cancer 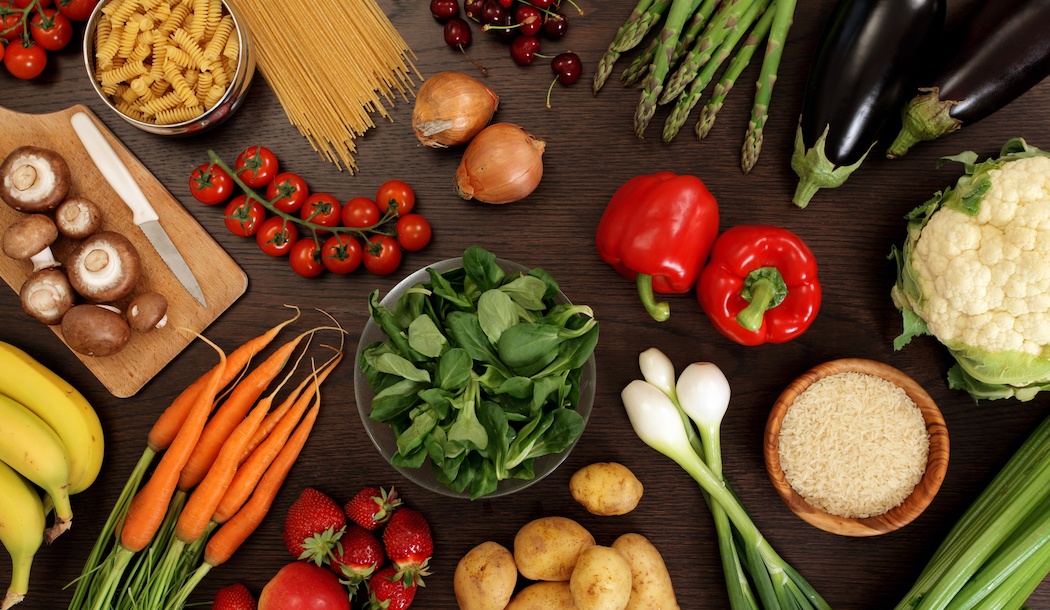 If researchers at the Medical College of Georgia are right, a combination of three nutrients, taken as a pill that has virtually no side effects, may soon be used as an effective cancer-fighter.

Now, I have to admit that when I first read about this potential pill, I was skeptical. If something sounds too good to be true, it probably is.

But the more I learned about the research into these nutrients and the tests that have already been done, the more sense it made. After all, for years studies have shown your risk of cancer shrinks when these three nutrients are in your diet. So why shouldn’t they be useful at fighting cancer when you’ve already got it?

The three nutrients being tested by the scientists are luteolin, quercetin, and kaempferol. It’s well-established that all three of these compounds, which are polyphenols found in various fruits and vegetables, have potent anti-cancer effects when you get them from food.

The research in Georgia is an attempt to formulate a nutraceutical medicine containing amounts of each nutrient in the proportions that convey the best synergistic anti-cancer benefit.

As they progress in their studies, these scientists are focusing on controlling cases of prostate cancer. This type of cancer is not only one of the most common, but it’s almost always a slow-growing problem.

This makes it appropriate for studying how diet and nutraceuticals can hinder the progress of the cancer, reduce the risk that it will become fatal, and investigate how this natural approach can improve the quality of life of men with the illness.

Conventional prostate cancer treatments can ruin your life – even if they save it. Their common side effects include erectile dysfunction, urinary incontinence and even bowel issues.2 So the stakes are high in trying to find a safe, non-harmful alternative.

The whole is more than the sum of the parts

The tests of this nutrient combination indicate it has few distressing side effects, and confirm the belief among researchers (which I’ve often repeated) that the natural phytochemicals in plants boost each other’s anti-cancer actions when you use them together. In other words, you need a lot of different nutrients, not just one “magic bullet” pill.

Other researchers have tested similar ideas. For instance, previous to this study, an investigation in England looked into the benefit of giving a nutraceutical pill containing extracts of pomegranate, green tea, broccoli and turmeric to about 200 older men with prostate cancer whose average age was 74. That study showed some improvement after six months, but didn’t reach any firm conclusions about the long-term effects.3

In the British study, the researchers said the main benefit of taking the extract combination was a slower rise in blood levels of prostate-specific antigen (PSA). Now even though there’s a lot of argument about how much a man’s PSA level tells us about prostate health, the British scientists believe the changes in PSA levels were helpful. And the men taking the supplement also enjoyed a reduction in troubles with urination caused by their prostate dysfunction.

Generally, the change in PSA levels, up or down, from one test to the next, is considered significant even though the result of one single PSA test can be misleading.

An important fact to keep in mind, as the Georgia researchers argue, is that the British test used an extract of various plants, not a standardized supplement. So it’s hard to know exactly what natural chemicals were in the pills given to the subjects in the study. If a supplement is standardized, the amount of the active ingredient – whatever it may be – is known.

The Georgia researchers are using a nutraceutical that is standardized so that each pill contains the same amount of luteolin, quercetin and kaempferol.

The Georgia lab tests have also demonstrated that when used individually, luteolin, quercetin and kaempferol each produce only a weak effect on receptors in prostate cancer cells that are involved in stimulating the cancer to grow faster.

But when the three nutrients act in unison, even when they are in weak concentrations (the relatively small amounts that might reach the prostate gland after somebody swallows a pill), they produce a remarkably strong influence – “indicating a strong synergy among them.”

The study also found that at these low concentrations, the three nutrients in combination evidenced important epigenetic effects on the cancer cells – altering the function of cancer cell genes so that the cells were more likely to go into apoptosis, i.e. programmed self-destruction.

Plus, the contents of the supplements interfered with the cancer cells’ production of a chemical called survivin. As its name implies, survivin helps cancer cells survive longer. By disarming the cells of this compound, the three-nutrient supplement made the cancer less likely to spread and more vulnerable to being destroyed.

More multi-nutrient combos are in the works

At the same time as the Georgia scientists plan to carry out clinical trials of their nutraceutical on humans, other American researchers have been looking into the effects of other phytochemical combinations that might prove useful in fighting cancer.

For instance, lab tests in California have examined how a combination of nutrients can restrict the growth or kill off a variety of cancers.

Researchers at the Dr. Rath Research Institute have investigated the effects of a nutraceutical that combines 400 mg of quercetin; 400 mg of an extract from cabbage, cauliflower, broccoli and carrots; 300 mg of a turmeric root extract containing 95% curcuminoids; 50 mg of resveratrol; and 300 mg of a standardized green tea extract (80% polyphenols).4

The researchers have found that in animals this combination can slow the growth of squamous cell carcinoma by about 67%, and reduce tumor burden (amount of cancer cells in the body) by more than 60 percent.

The same team has also tried out a combination of  EGCG (epigallocatechin gallate), considered the most powerful ingredient from green tea, together with ascorbic acid (vitamin C), selenium, copper and manganese. The formula also includes the amino acids lysine, proline, arginine, and n-acetyl cysteine.

The researchers believe this mixture of nutrients can shore up structures in the body that resist invasion by tumors.5 The results are unknown as I write this.

Of course, while all this research holds great promise about the future of cancer treatment, you have to remember that large studies on people have not been carried out yet.

Until they are, your best bet for keeping your risk of cancer at a minimum is to eat a diet filled with fruits and vegetables, take supplements like quercetin and turmeric that are potent antioxidants that fight inflammation, and get some exercise – brisk walking every day is good.

But I’m optimistic that studies are now getting very close to identifying the optimal combinations of nutrients that will help the body protect itself against cancer. When they do, we’ll have some powerful new weapons in the combat against this dreaded collection of illnesses.