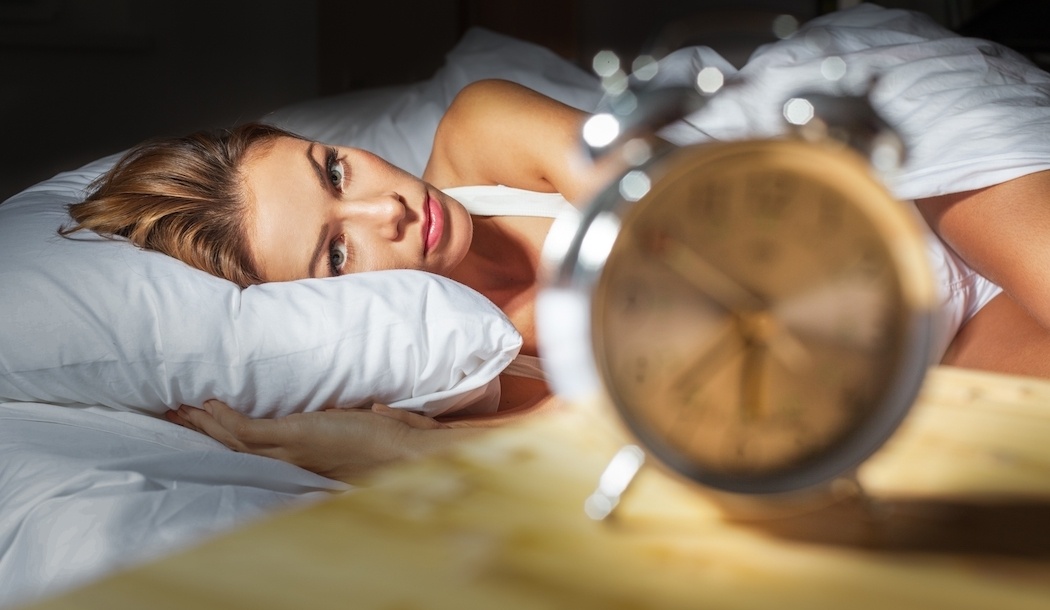 She couldn’t decide whether to be grossed out or relieved.

Doctors had given this newlywed woman the horrible news that she had brain cancer. So the neurosurgeons at Mt. Sinai Hospital in New York City cut open her skull, expecting to find a malignant brain tumor.

What they found instead was shocking.

So shocking, they didn’t even know what it was. It had them scratching their heads. They removed it from 42-year-old Rachel Palma’s head and placed it under a microscope.

The object of their shock? A baby tapeworm.1

Ms. Palma had consulted a doctor in the first place because she’d been struggling with some strange, annoying symptoms for quite a while.

She’d suffered from insomnia – and then from nightmares when she finally did get to sleep. On top of that, she had hallucinations – thinking things were happening that weren’t. That would be enough to disturb any of us.

She dropped her coffee mug on the floor for no reason. She became confused – leaving a message on her parents’ answering machine saying that the store where she’d purchased her mattress years ago suddenly wanted it back.

She also locked herself out of her house, showed up for work without her uniform, and stared blankly at her computer screen, unable to make heads or tails of the words on it.

Finally, doctors identified a lesion on her left frontal lobe. And because of its shape and location, they diagnosed it as brain cancer.

Grossed out, but relieved…

After surgery, doctors changed her diagnosis from brain cancer to neurocysticercosis, a parasitic infection in the brain caused by the pork tapewormTaenia solium.

Not that anyone would be thrilled to be told a creepy organism is ‘going viral’ inside them… but at least it meant fewer treatments than they would have prescribed for brain cancer.

What’s more, she’s not the only person getting a scare from Taenia solium, though it’s rare in the U.S.

There’s also the case of Sam Condero, a Tampa man who ate some undercooked pork. He had the misfortune of the parasite passing from his gut, through his bloodstream, and into his eye.2

After he started seeing black dots in his field of vision, doctors were called in to perform a very delicate surgery on his eye. If the parasite had died, it could’ve caused blindness or moved to his brain.

Dr. Don Perez performed the surgery. This was his second time operating to remove a tapeworm. The first was in 2012.

There have been only twenty documented cases worldwide of pork tapeworms reaching the eye.

Bobbi Pritt, Director of the Clinical Parasitology Laboratory at Mayo Clinic’s Department of Laboratory Medicine and Pathology, says Taenia solium is uncommon in the U.S.

There are, however, two ways you can get it. The most common is eating uncooked or undercooked pork.

But there’s a second (often overlooked) way as well.

You can catch it from a person who already has the parasite, gets its eggs on their hands, and then prepares food that you eat. That’s just one reason it’s so important to wash your hands after using the bathroom and before preparing food.

If you become the parasite’s inadvertent host, its eggs can travel to your small intestine, hatch into larvae, penetrate your bowel wall, pass into your bloodstream, and move freely throughout your body. Yes, even into your brain or eyes.

However, this parasite is far more prevalent in Latin America, sub-Saharan Africa, Southeast Asia, China, and India than in the United States.3

Neurocysticercosis, the disease the tapeworm causes, is the most common parasitic disease of the central nervous system. Just because you don’t experience symptoms doesn’t mean you’re not infected.

Sometimes the infection manifests as epilepsy, other times as headaches. But hardly anyone makes the connection between epilepsy and parasites, not even doctors.

Which is unfortunate, since treating the parasites could mean getting rid of the epilepsy and regaining a normal life. Perhaps the scariest thing about this disease is that doctors are very unlikely to be familiar with it. You’re likely to be diagnosed with something else, e.g. cancer or epilepsy.

Active neurocysticercosis is treated with antiparasitic drugs, and sometimes steroids.

If you have symptoms that don’t resolve no matter what you do – or if you’re getting a second opinion on a serious diagnosis such as cancer – this may be a “box to check” that could save you a lot of pain and suffering. I want to stress this is not likely but it’s something to consider, especially if your doctor is stumped.

Among some alternative cancer experts, it’s an article of faith that cancer is caused by parasites, and many will include a parasite cleanse as part of their cancer protocol. When they do, it’s not uncommon for some wormy, squirmy things to be expelled from the patient’s body – little “guests” they never knew they had.

But conventional doctors typically believe parasites are never an issue in America. They are not going to take the initiative of chasing down this lead. More than likely they’ll dismiss the notion if you ask them.

David Edelberg, M.D., said that one of his patients handed her positive Genova parasite test to her gastroenterologist from Northwestern. He glanced at the lab work, tossed it back without even reading it, and blew it off as garbage because he’d never heard of the lab.4 (Genova Diagnostics, Inc., is popular with more open-minded practitioners.)

Nutritionist Alan Gaby, M.D., suggests that if you don’t have access to one of the parasitology labs (named below), you should take your specimen to a veterinarian and attribute the sample to your beloved pet – since vets are much better than conventional doctors at diagnosing parasites.5

Stool samples for parasites should go to parasite-specific labs. In addition to Genova, often-recommended labs include Meta Metrix, Doctor’s Data, and Meridian Valley.6 Samples should also be gathered over the course of a few days, not just once.

When a diagnosis is made, treatment is generally pretty straightforward – antiparasitic meds and/or antibiotics, followed by more lab work to ensure the parasite is gone.

You probably shouldn’t lose sleep over this

It’s probably not worth lying awake at night wondering whether a parasite is making you its home. While it is possible, it doesn’t happen too often in the US.

Doctors agree about two troublemakers – ameba (E. histolytica) and giardia (G. lambia). You can get them by the unsavory “fecal-oral” route, which is exactly what it sounds like. (Now go wash your hands.)

I got a giardia infection last winter traveling in a less-developed country (I didn’t follow my firm rule of drinking only bottled water.) Because I’ve had on-and-off intestinal problems for years, I didn’t know there was a new factor at work, so I didn’t consult my doctor. When I finally did, he knew at once it was probably giardia, and two courses of an antibiotic called tinidazole cleared it right up.

Not only that, but my “usual” IBS went away, too, which probably means I’d been a host to something or other for years. For years I’d been testing different types of foods, such as gluten, to see if they were the cause of my problem. Turns out they had nothing to do with it.

Nutrition is NOT the explanation for everything. Lesson learned.

Beyond ameba and giardia, there’s less agreement about other parasites, and they’re often missed in lab exams. They are linked to IBS.

As I learned the hard way, IBS is often protozoan in origin. So if diarrhea is a new event in your life, is unrelated to stress, and isn’t triggered by certain foods… as in, “I got traveler’s diarrhea while in Mexico and it never went away…” – it may be a sign that you should check for parasites.

Stories like Palma’s and Condero’s have great shock value. But don’t sweat it. Just do the things you should be doing (or avoiding) anyway, like…

And yes, if you take a tropical vacation, it’s probably worth paying attention to new symptoms that suddenly appear.

I’ve strayed somewhat from the subject of cancer, but let me say one more thing:  Fungus is the parasite most often mentioned as a cause or co-factor in cancer. In fact, there is a credible theory that cancer is really a fungus infection.

This is a big topic – we’ve done separate articles on it – and while there is not enough evidence to prove it, there’s enough to be credible. This is an area I’ve always wished would be the target of more research.