This Berry has a Scary-Sounding Name, But It Helps Fight Cancer – Cancer Defeated

This Berry has a Scary-Sounding Name, But It Helps Fight Cancer 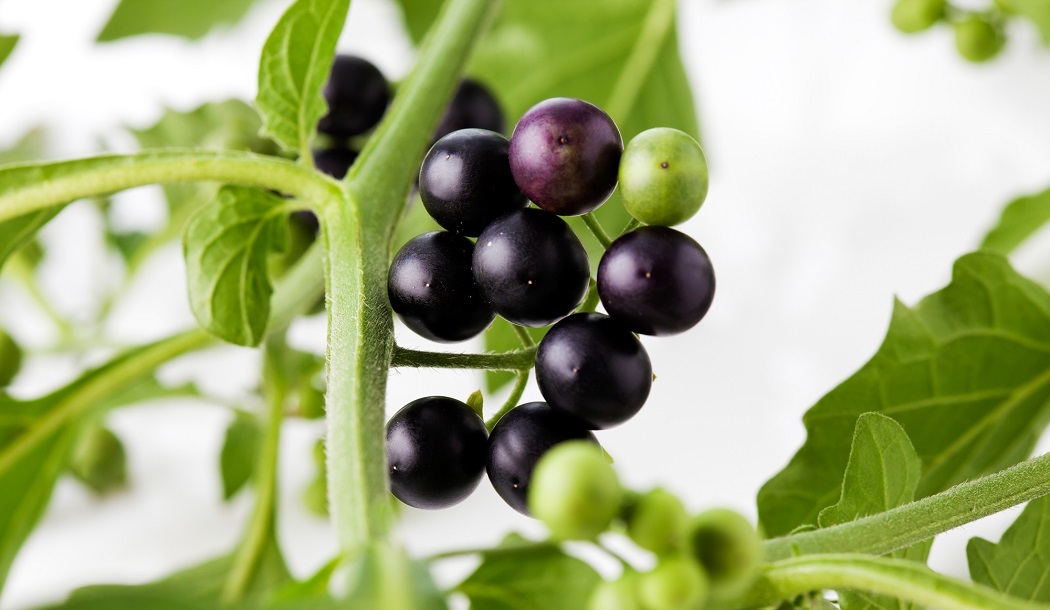 Deadly nightshade is one of the most toxic plants, causing delirium, hallucinations, convulsions and possibly death to the unlucky soul who eats enough of it.

Unfortunately, another plant is often confused with deadly nightshade, yet is not only edible and nutritious, but acts against cancer in many ways.

It’s called black nightshade. Here’s what it can do. . .

Black nightshade (Solanum nigrum) is part of a family of plants that includes tomatoes, chili peppers, egg plants and potatoes. All of these relatives of black nightshade are sometimes grouped together as the nightshade vegetables.

Dozens of related plants used to be grouped together under S.nigrum – they were all called black nightshade — but many are now being reclassified as separate species. S. nigrum is native to Europe and the Mediterranean and is often called European black nightshade.

In the US, S. ptychanthumdominates in the East, and S. americanumdominates in  the South. The Great Plains is home to S. interius, and S. douglasii is found in the Southwest.

Unlike deadly nightshade, where the berries grow individually, black nightshade berries grow in bunches. They start out green, then ripen to dark purple-black berries ready to pick in the late summer and fall. They’re safe to eat.

The flavor is said to be sweet with a savory hint, like a cross between a tomato, a tomatillo and a blueberry (Warning: if the berry hasn’t fully ripened and doesn’t taste sweet, do not eat it).

Although the ripe berries and leaves are consumed by up to a quarter of the world’s population, the plant is widely believed to be toxic, probably because of its historic confusion with deadly nightshade (Atropa belladonna).

Nicholas Culpeper, in his Complete Herbal, first published in 1653, wrote, “Have a care you mistake not the deadly nightshade for this [black nightshade]; if you know it not, then you may let them both alone.”

Modern day wild plant authority and author Samuel Thayer assures us, “Through an extensive search of literary sources and consultation with experts, I have been unable to locate a single, credible, documented case of poisoning from the ripe berries of any member of the S. nigrum complex.”1

The European species of black nightshades were known to the ancient Greeks and Romans, who used them medicinally. In the 1st century AD, Pliny the Elder documented its use against stings, wounds and lumbago (lower back pain).2

In traditional Indian (Ayurveda) medicine, black nightshade infusions are used to relieve fever, stomach complaints and dysentery. The juice is used to treat ulcers and skin diseases. The fruit or leaves are used for asthma, tuberculosis, whooping cough, and liver diseases.

The plant is also part of traditional Chinese medicine, where practitioners believe it acts as an antioxidant and diuretic, possesses anti-inflammatory, liver protective, and anti-fever properties, and can relieve mastitis (a breast tissue infection). Black nightshade is also frequently included in cancer therapy.

Medicinal uses in Africa include antiseptic for eyes and skin, treatment of diarrhea, and as a general tonic for health.

It’s quite a grab bag of medical claims, and we don’t have sufficient evidence for all of these traditional uses. Laboratory studies support some of them. Four rodent studies have tested its effects on the liver and found it protected against scarring (fibrosis), alcoholic liver damage, paracetamol-induced toxicity, and poisoning by cadmium chloride.

Other studies have found black nightshade protects the brain from free radicals generated by physical or psychological stress and has anti-fungal, anti-allergy, anti-inflammatory and anti-convulsant effects.3

That particular group of benefits suggests black nightshade is some kind of antioxidant, and further evidence confirms a much. . .

In 2003, South Korean researchers carried out an early study that looked into Solanum nigrum as a potential anti-cancer agent.

They prepared an extract from ripe fruit and tested it on human breast cancer cells grown in a lab culture. It turned out the extract “strongly suppressed” the ability of the cells to grow, and it did so by inducing apoptosis (cancer cell suicide). The researchers also found it was a good scavenger of free radicals.

They concluded that the “extract could be used as an antioxidant and cancer chemo-preventive material.”4

The following year, another research group from South Korea tested a different extract from the plant on human colon cancer cells.

Again, they found it was toxic to these cells and induced apoptosis by inhibiting various proteins that are involved with the promotion of tumors. They speculated that the extract “could be used as a chemotherapy agent even at low concentrations.”5

Since then there have been over 50 research papers looking at the effect of different extracts of S. nigrum on cancer cells lines. Anti-tumor effects have been found for leukemia, prostate, liver, bile duct, lung, stomach, bladder, pancreas, skin (melanoma), endometrial and cervical cancer through many different cellular pathways and by activation of apoptosis and autophagy.

Autophagy is a cellular process by which misfolded proteins and other cellular debris that could damage the cell are swept away, protecting the cell and promoting its survival.

Recent studies have looked to mice experiments for confirmation of these in vitro (cell culture) findings.

Two studies were published in 2016. In the first, scientists from Taiwan tested two extracts of S. nigrum on tumor-bearing mice.

Both extracts significantly reduced the volume and weight of the tumors, as well as the expression of CD31, a marker for angiogenesis – growth of the blood supply to the tumor. In addition, the black nightshade extracts inhibited vascular endothelial growth factor (VEGF), which helps feed angiogenesis.

In a further experiment they found human liver cancer cells were inhibited by both extracts and this was correlated with inhibition of AKT/mTOR, an intracellular signaling pathway important in the regulation of the cell cycle.6

In the second study, Malaysian scientists fed a polysaccharide fraction from S. nigrum to mice with breast tumors for ten days.

The treatment inhibited tumor volume by a significant 65% and tumor weight by 40%.

Analysis of blood, tumor, spleen, and thymus found an increase in certain immune cells in the tumor tissue and higher apoptosis in the treated mice. The researchers concluded that tumor suppression came about through boosting immune response. This is in line with previous research which showed the same extract modulated the immune system.7

Shrank tumors in this mice study

The most recent study was published in the Journal of Cancer Research and Therapeutics in 2018.

Here the scientists also looked at the effect of a polysaccharide fraction in mice with liver cancer. They were particularly interested in the expression of caspase-3, a protein which induces apoptosis (cancer cell death), and bcl-2, a family of proteins that can act as a barrier to apoptosis and facilitate tumor development and resistance to cancer therapy.

The black nightshade extract reduced the average tumor weight compared to the control group. The tumor inhibition rates were 37.73%, 38.24%, and 42.60%, with rates rising as the dose increased.

Other tests indicated an improvement in immune function.

All research on black nightshade has been carried out in Asian countries. The only exception was a study by Case Western Reserve University, Cleveland, Ohio. They wrote:

“Our results, for the first time, demonstrate that the S. nigrum extract is capable of selectively inhibiting cellular proliferation and accelerating apoptotic events in prostate cancer cells. S. nigrum may be developed as a promising therapeutic and/or preventive agent against prostate cancer.”9

That was published in 2012. Yet in spite of their encouraging findings, neither they, nor any other Western group, has followed up.

Anyone interested in incorporating black nightshade into cancer therapy is unlikely to find an integrative oncologist with experience in using it, but may find it with a practitioner of traditional oriental medicine.