This Biblical Superstar Keep Doctors Away… And Cancer at Bay 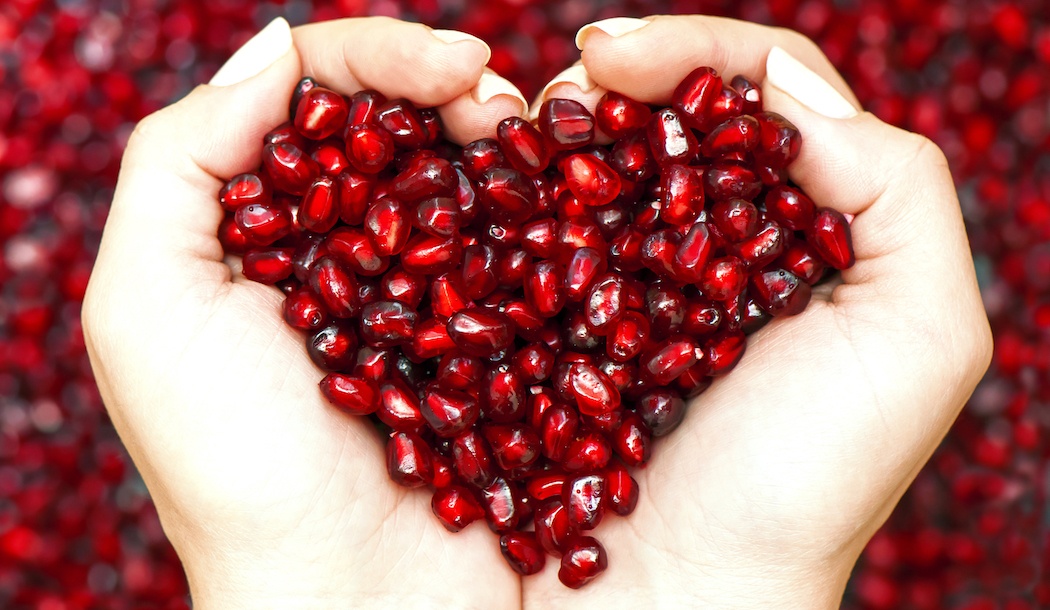 Forget the “an apple a day” mantra… this could be far better.

On the outside, it looks somewhat like a large apple – red in color, but closer to a perfect sphere.

If you’ve never eaten this fruit, get ready for a fun surprise — the amazing little morsels hidden on the inside of its tough skin! They’re ruby-red, translucent and shiny, so they really do look like little jewels – rubies you can eat, with a delicious sweet-tart flavor and a slight crunch.

What’s more, they pack a nutritional wallop, as people knew very well in ancient times. In the Bible, these little marvels were noted for their healing properties. Some scholars suggest it might have been the forbidden fruit in the garden of Eden (the Bible merely says “fruit”; it doesn’t specify what kind).

I don’t know if this is what got Adam and Eve in trouble, but for you it could be a source of vibrant health. Keep reading for the full story. . .

The inside of a pomegranate is a marvel to behold – a multitude of plump little red seeds separated by cream-colored membranes. Tradition states that a pomegranate contains 613 seeds. I’ve never counted them, so I can’t confirm or deny that.

The pomegranate is renowned for supporting heart health and lowering blood pressure, but today let’s check out its anticancer powers.

Stops cancer in its tracks

These compounds – punicalagin, luteolin, ellagitannins, and a variety of polyphenols – serve to obstruct many of the steps involved in cancer formation and proliferation.

One of the fruit’s primary benefits is to turn off genes that trigger inflammation – such as NF-kappaB.1,2 This stops cancer cells from forming in the first place.

One study showed that the polyphenol punicalagin blocks the growth of human prostate cancer cells, and also induces apoptosis.4 A second study confirmed the finding on apoptosis.5

A different animal study looked at those with impaired immune function, and found the compounds luteolin, punicic acid, and ellagic acid significantly inhibited the growth and spread of highly invasive prostate tumors.6

None of the mice that consumed pomegranate experienced tumor spread, and their tumors were 25% smaller. But tumors metastasized in five of the seven mice that weren’t fed pomegranate.

Human studies show its ability to slow the rise of PSA levels in men who’d been treated for prostate cancer.7

Prior to eating regular helpings of pomegranate, patients’ PSA levels were rising, a sign of cancer progression. Post-pomegranate, their levels began to drop, indicating a significant decrease in the cancer’s growth rate.

A subsequent study confirmed those results.8 Additional studies are still needed, but based on what we know so far, pomegranate looks to be a low-cost and highly effective natural remedy.

A Godsend against numerous cancers

One study found that pomegranate blocked the carcinogenic effects of a toxin given to the research animals, suggesting its power to prevent.10

If you opt for chemotherapy, you’ll be happy to know that pomegranate can protect from chemo’s nasty side effects, particularly the damage it does to the intestinal lining.15 The fruit may even enhance the cancer-killing potency of the drugs.

This fruit may be an all-natural gift from God for fighting many types of cancer, as well as for enhancing the effectiveness of other treatments.

Those concerned about cancer should consume pomegranates when they’re available fresh – or, when the fresh fruit is out of season, supplement with a pomegranate extract standardized to 30% punicalagin and 22% punicic acid.

If you’ve never purchased one of these exotic fruits, don’t be flummoxed about what to do with it. You cut it in half, then in quarters, and dig out the ruby-like seeds, called arils. They’re about the size of an unpopped popcorn kernel. You can eat them just as they are, like candy.

If you’ve got a sweet tooth, you’ll count your first pomegranate as a lucky discovery.

A couple of cautions

Pomegranate can lower blood pressure. It may also cause dangerous side effects when combined with certain medications, such as blood thinners (e.g. warfarin) and angiotensin-converting enzyme inhibitors. Consult your doctor first if you take any of these medications.

I would think this warning applies more to concentrated pomegranate than to the raw arils.

As you’ve probably noticed, pomegranate juice is widely available in supermarkets year-round. The juice delivers a far bigger dose, faster, than the arils.