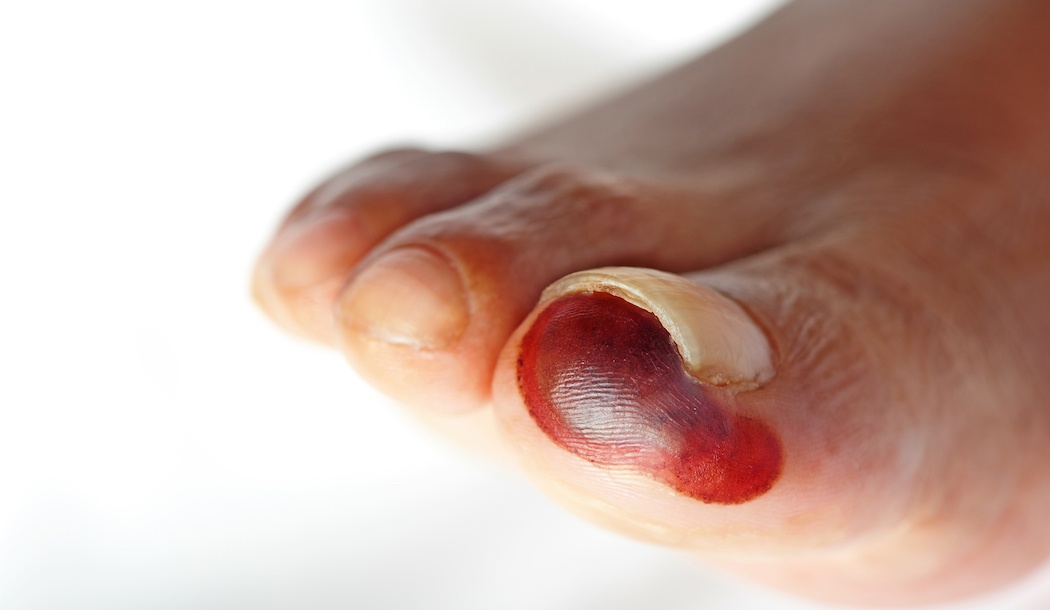 Hemingway’s Harry in The Snows of Kilimanjaro spends most of the story dying of gangrene while on safari. He has no way to get to a doctor.

Harry might be shocked to discover, then, that gangrene could be the next frontier in saving the lives of cancer patients. Here’s the remarkable story. . .

To be clear, gangrene is a nasty disease. It happens when parts of your body tissue die, either because of a lack of blood flow or a bacterial infection. It’s mostly seen in the extremities, like limbs, fingers or toes.

Where you don’t often see it… or even think of it… is on the healing side of medicine. Yet gangrene just might lead to a new solution to thwarting tumors that won’t respond to chemotherapy — or anything else.

The upside of gangrene

Some people get gangrene because of diabetes or hardened arteries. That’s the “lack of blood flow” scenario where body tissue dies because all tissues need blood to live.

But gangrene caused by poor circulation is not today’s subject. The sort of gangrene that offers hope to cancer patients is the type caused by unchecked bacterial infection in your tissues. In these cases, infection can take over and cause tissues to die, which in turn causes gangrene. The bacteria that’s typically at the root of a situation like this is called Clostridium.

And in most cases, you want it out of your body, stat. Treatment protocol usually involves antibiotics or surgery. Sometimes even hyperbaric oxygen therapy is used, because oxygen-rich blood will slow the growth of this type of bacteria, which thrives in low-oxygen settings.

A safer strain of bacteria for treating cancer

If you think about it, tumors make the ideal setting for bacteria from gangrene. They often include necrotic (dead or dying) cells and they’re very low in oxygen. This makes them the perfect host for gangrene bacteria.

Building on this idea, doctors from the University of Texas modified a strain of the lethal hospital bacterium Clostridium difficile, making it less harmful to humans. Typically, this strain of bacteria is aggressive, resistant to antibiotics, and can cause serious harm.

But the doctors wanted to see how the bacteria would respond to setting up camp inside a tumor as host, so they created a less destructive strain and called it Clostridium novyi-NT.

Their hunches were right – and then some. The Clostridium made itself right at home and launched a gangrene attack on the tumor cells, just as it might do on non-cancerous cells that are starved for oxygen.

The researchers attempted the treatment on 24 patients. Each had solid tumors that resisted conventional chemotherapy and other treatments. After some trial and error of injecting them with between 10,000 and three million bacterial spores, the researchers hit on an ideal dose of one million spores. At this dosage, side effects were manageable and the tumors responded.

For 22 of the 24 patients, the treatment stopped their tumors from growing. And in 23 percent of those cases, the tumors shrank by over 10 percent.

So that’s good news. When the bacterial spores were able to germinate and multiply, they quickly caused necrosis and cell death in the tumors.

But even more intriguing is what happened when things didn’t go according to plan. In some of the situations, the oxygen levels weren’t right so additional spores did not develop. But because the spores were there, in the tumors, their mere presence helped trigger immune systems to launch an attack on the tumor.

That means this gangrene-causing bacteria, Clostridium novyi-NT, not only brings on tumor destruction, but also offers doctors a “Plan B” that activates natural immune response.

Not quite ready for prime time

Of course, this treatment will still be subject to many tests and trials before it’s made available on a wider scale, and I’m underwhelmed by a 10% reduction in tumor size. But perhaps it opens the door to a more effective approach.

Not only does it provide another leg of support for the immunotherapy-based approach to killing cancer, it also offers hope to those whose cancers haven’t responded to other treatments.