This Essential Mineral Can Cause Cancer – Cancer Defeated 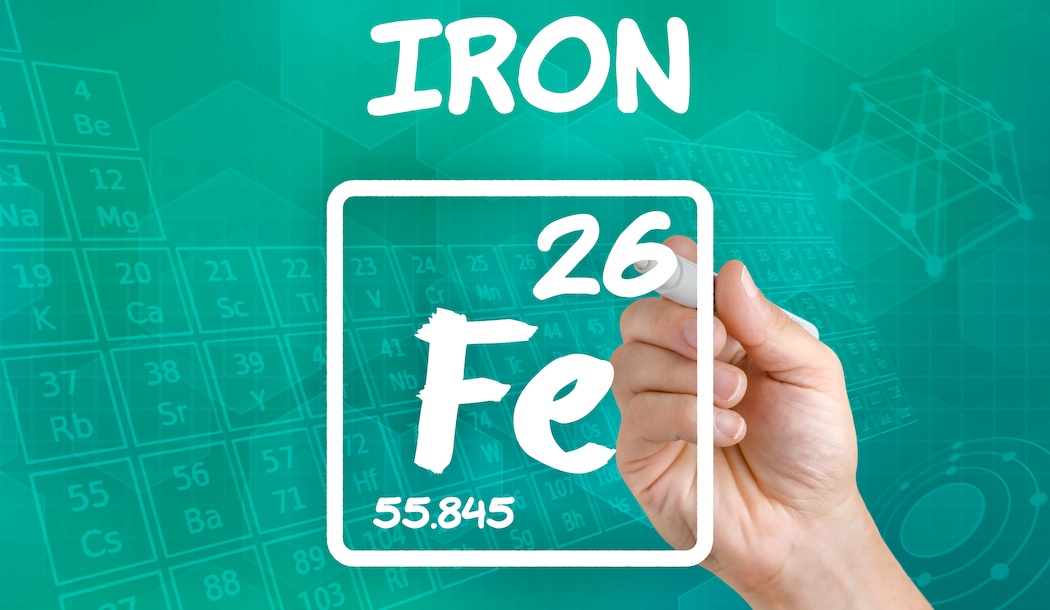 It’s a mineral best known for preventing anemia, but a bigger problem is that too much can increase your risk of cancer.

I’m talking about iron. Knowing your iron status and finding ways to reduce your levels if they’re too high is an important strategy for staying cancer-free.

The first animal experiment showing how iron can cause cancer was published in 1940. In this study, mice exposed to iron oxide dust developed lung cancer.

Ample evidence now exists confirming the iron-cancer link not just in animal studies but in humans too.

This evidence led long-time iron researcher Shinya Toyokuni at Nagoya University, Japan, to write, “…one should not underestimate the role of iron in carcinogenesis…fine control of body iron stores would be a wise strategy for cancer prevention.”

Up to triple the risk of death

The earliest human study to propose that iron was linked to cancer was published in 1985. Although people eating high fiber diets have a lower risk of colon cancer, this isn’t always the case. It depends on what fibrous foods people are eating.

In the laboratory research it was discovered that phytic acid, found in beans, nuts, seeds and whole grains, holds the key. This prevents the absorption or iron and therefore holds in check iron-generated, highly reactive, hazardous, hydroxyl free radicals. In excess these free radicals inflict serious cellular damage that heightens the risk not only of cancer but of multiple diseases.

In a clinical study, researchers from Finland enrolled 41,276 cancer-free men and women who were between the ages of 20 and 74 into their study. After 14 years, 2,469 cancers were diagnosed. Using a measure of body iron stores called transferrin saturation, they found that a saturation level above 60 percent tripled the risk of colon cancer. A normal range of iron stores is 20 percent to 50 percent for men and 15 percent to 50 percent for women.

In another clinical study of 21,513 Chinese men, levels of ferritin – a blood protein that stores iron – at 200 ng/ml tripled the risk of death from cancer compared to those with levels of 20 ng/ml.

Most alarming is that a normal range is 12 to 300 for men, so a level of 200 is well within what’s considered normal.

And in yet another study, researchers followed fourteen thousand American men and women for ten to thirteen years after which 242 men developed cancer. The research team found that the men who developed cancer had elevated blood levels of iron and greater transferrin saturation than the men who remained cancer free. Those in the top quarter for iron saturation had a 37 percent higher risk of cancer than those in the lowest quarter. However, interestingly, the women who contracted cancer did not have higher iron levels.

Then, in 2001, a researcher from the University of Illinois carried out a review of 33 studies into the link between iron and colorectal cancer, finding three-quarters of them supported the relationship.

Researchers from East Tennessee State University explored the risk of cancer mortality further in 6,244 cancer-free Americans. During the study there were 307 deaths. Those with the highest serum iron and transferrin saturation levels had nearly double the risk of death compared to those with the lowest levels.

Hemochromatosis, which affects a million Americans, is a disorder that causes the body to absorb too much iron. It’s caused by two defective copies of a mutated gene called HFE. If elevated iron levels are a genuine cancer risk, this should be seen in people with this disorder.

Other studies have shown that carriers have a 40 percent increased risk of colon cancer, double the risk of breast and lung cancer, and a recent major study demonstrated a staggering ten-fold increased risk of liver cancer in men.

In addition, two studies on patients receiving blood transfusions – which delivers an iron load – found they adversely affected cancer outcomes. If those with a higher iron load have an increased risk, those with a lower load, such as regular blood donors, should have a lower risk. Let’s see…

A 1990 study analyzed cancer incidence among 37,795 blood donors in Sweden. Donors were 21 percent less likely to get cancer than non-donors. Eighteen years later, another large study found that male donors with the largest loss of blood compared to the lowest had a 30 percent lower cancer risk.

Regular blood withdrawal (phlebotomy) has also been tested in a few trials.

In the first trial, researchers from Japan looked at the effects of iron loss on patients with chronic hepatitis C, as these patients have a much higher risk of liver cancer. One group of 40 acted as controls while 35 followed an iron reduction plan and had a weekly blood draw until they reached a state of mild iron deficiency. This was followed by monthly maintenance phlebotomy for nine years. They were also advised to consume a low-iron diet.

In the second trial, researchers examined cancer incidence in patients with advanced peripheral arterial disease but who were cancer free. All had similar ferritin levels when the study began.

How to lower your iron levels

Excess iron is a risk factor not just for cancer but also for cardiovascular disease, diabetes, liver disease, neurodegenerative diseases including Alzheimer’s, orthopedic problems and more.

A protein called hepcidin naturally regulates how much iron your body absorbs from the gastrointestinal tract. However, iron stores accumulate with aging because intake exceeds loss, and the body has no mechanism for excreting iron beyond its requirements.

The most important strategy is to know your iron status by having a regular blood test to measure ferritin. Ideally it should be at the low end of the normal range; enough not to become anemic but not so much as to cause health problems.

It’s easy to ingest too much iron because many foods are fortified with it such as milk, bread, corn meal, flour, pasta, rice, and salt. The worst offenders are breakfast cereals. Even though the recommended daily amount (RDA) of iron for adult men and postmenopausal women is eight mg, these cereals contain up to 18 mg per serving, which is the RDA for pre-menopausal women.

Highly absorbable heme iron is in red meat, so cutting intake would be very helpful, and avoiding alcohol with your smaller sized steak is a good idea since alcohol increases iron absorption.

Instead consider drinking tea with meals as this interferes with iron absorption. Vitamin C also increases absorption of iron so it’s best to take any supplement on an empty stomach, away from a meal.