This Food Helps Your Genes Shift into Anti-Cancer Mode 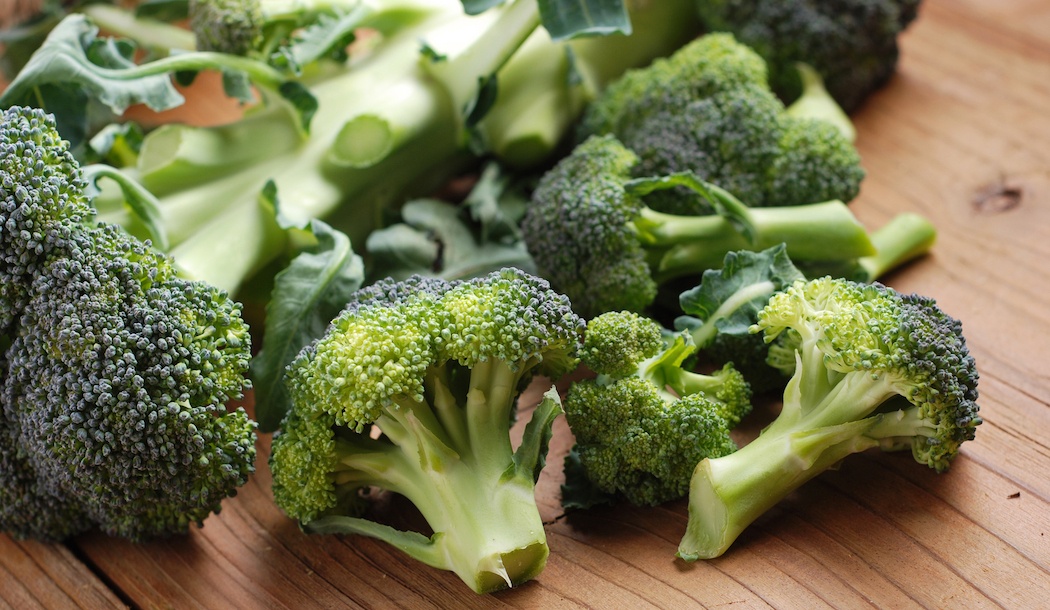 Your body’s most important anti-cancer defenses are its own home grown, natural systems designed to zap cancer cells as soon as they appear. One of your body’s weapons is certain genes in your cells that often undermine these enemies.

But to keep those defenses functioning at full capacity, it’s crucial to eat the right foods.

And at or near the top of the list is a food I’ve often recommended for its anti-cancer benefits: broccoli. Research proves that it bolsters your cancer defenses by making the anti-cancer genes in your cells more dependable.

When a certain food – or ANY outside influence – changes the way genes work, the effect is described as “epigenetic.”  Genes often need an environmental influence to activate them.

New evidence for broccoli’s anti-cancer epigenetic benefits has been uncovered at the Beth Israel Deaconess Medical Center, a teaching hospital for Harvard Medical School. In their tests, the Boston scientists focused on a gene called PTEN – a genetic element well-known for making proteins that suppress tumors.

In the body, though, things can run off the track with PTEN. Sometimes this gene can mutate into a warped, dysfunctional form, other times it gets deleted, and still other times it may be inadvertently down-regulated (held back from doing its job properly) – and that’s not a complete list of what can go wrong.

To use the word I used earlier, there’s an issue with this gene’s dependability.

But when PTEN isn’t operating at full capacity, a natural compound in broccoli can give the gene a swift activating kick in the molecular pants.

Broccoli’s role in keeping PTEN in working order involves another gene called WWP1. WWP1 can manufacture an enzyme that disables PTEN’s ability to hold back tumors. But a chemical in broccoli called indole-3-carbinol can take care of that problem by blocking the production of this troublesome enzyme.1

“We found a new important player that drives a pathway critical to the development of cancer, an enzyme that can be inhibited with a natural compound found in broccoli and other cruciferous vegetables (like cabbage, Brussels sprouts and cauliflower),” says researcher Pier Paolo Pandolfi.

Get that gene to work

Broccoli’s genetic benefits don’t stop with blocking this enzyme and the genes that manufacture it.

According to scientists at the Linus Pauling Institute at Oregon State University, the sulforaphane contained in broccoli and other cruciferous vegetables can hold back cancer through other epigenetic pathways.

Broccoli is a multifaceted cancer fighter – medicine on a dinner plate.

For quite a while, it’s been evident that sulforaphane is one of the most important natural, health-giving substances in broccoli. Scientists suspected that this compound played a role in influencing the cellular behavior of enzymes called histone deacetylases (HDACs). HDACs can get in the way of genes that terminate cancer developments in the body.

The Oregon researchers point out that sulforaphane not only inhibits the activity of HDACs, it also plays a role in an epigenetic mechanism known as DNA methylation in a way that reduces the risk of cancer.2

DNA methylation is a common cellular process that switches genes on and off. In this way, certain DNA material expresses itself and takes part in directing the manufacture of proteins. Other parts of the genetic code are silenced and have to sit on the sidelines without playing a part.

“It appears that DNA methylation and HDAC inhibition, both of which can be influenced by sulforaphane, work in concert with each other to maintain proper cell function,” explains researcher Emily Ho. “They sort of work as partners and talk to each other.”

Dr. Ho points out that sulforaphane’s “one-two punch” moderates this twin pair of genetic activities in the cells and keeps cell division under control. Because when cell reproduction slips its moorings, cells can multiply wildly and form tumors.

“Cancer is very complex and it’s usually not just one thing that has gone wrong,” Dr. Ho explains. “It’s increasingly clear that sulforaphane is a real multi-tasker. The more we find out about it, the more benefits it appears to have.”

When a cell becomes cancerous, the orderly regulation of gene silencing and activation goes awry.  (These functions can also become jumbled in certain types of heart disease, immune system problems and neurodegenerative conditions).

“With these processes, the key is balance,” says Dr. Ho. “DNA methylation is a natural process, and when properly controlled is helpful. But when the balance gets mixed up it can cause havoc, and that’s where some of these critical nutrients are involved. They help restore the balance.”

The Oregon researchers also believe that further work on how the compounds in broccoli affect epigenetics involved in cancer could eventually offer an alternative treatment for cancer that isn’t nearly as dangerous as chemotherapy.

In this vein, other Oregon studies have analyzed how sulforaphane affects what are called non-coding RNAs (IncRNAs). These substances were once believed to be “junk DNA” that did not play an important part boosting cell survival.

Now, researchers have realized that instead of being “junk,” IncRNAs play a crucial part in helping genes function correctly. Here, too, when things get out of balance, cancer and other diseases can rage out of control.

Research on IncRNA shows that one type in particular, called LINC01116, can lead to cancer when it is dangerously “upregulated” – stimulating cells to reproduce rapidly and spread.

“We showed that treatment with sulforaphane could normalize the levels of this lncRNA,” says researcher Laura Beaver. “This may relate to more than just cancer prevention. It would be of significant value if we could develop methods to greatly slow the progress of cancer, help keep it from becoming invasive.”

The Oregon research demonstrates that when prostate cancer cells encounter sulforaphane, they undergo a four-fold decrease in their ability to colonize and form tumors, because the activity of LINC01116 is restrained.3

The researchers explain that this same IncRNA is found at high levels in lung, colon and brain cancer. And other misbehaving IncRNAs are present in leukemia as well as stomach, breast and lung cancer.

With all this emerging research on broccoli, I think it’s pretty obvious that anyone concerned about cancer should be eating this and other cruciferous vegetables frequently. To get the biggest dose of the cancer-preventing natural compounds in these foods, eat them raw or very lightly cooked. But no matter how you prepare them, they’re going to do good things for your health.