This Fruit Packs a Potent Punch Against Cancer – Cancer Defeated

This Fruit Packs a Potent Punch Against Cancer 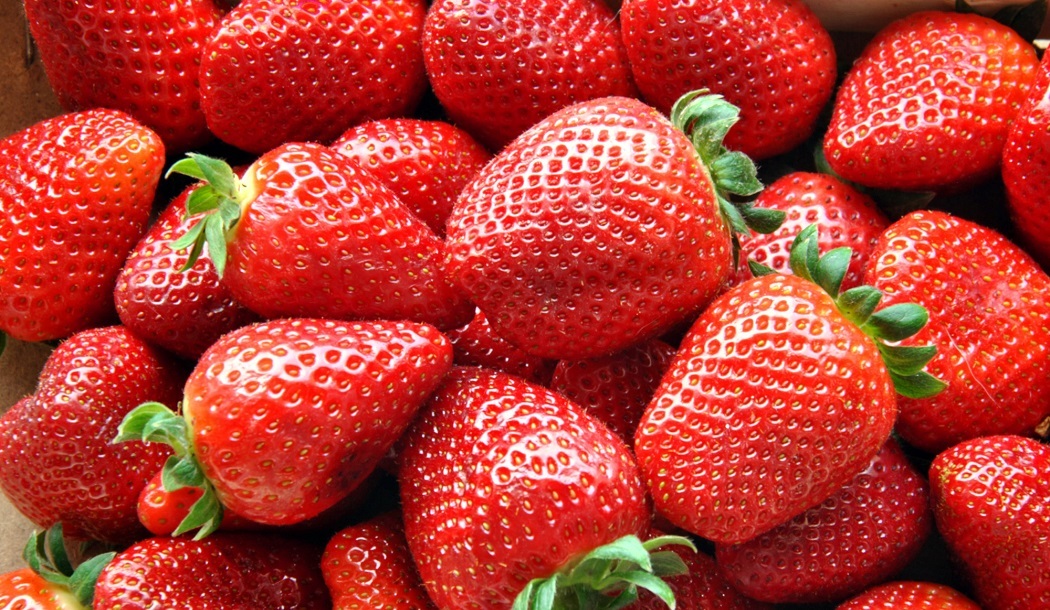 When I was growing up (back before the Civil War), strawberries were a special treat of early summer. Then it was over for another year.

Nowadays you can get them year-round in supermarkets, although you have to choose carefully, because most of the store-bought ones lack the scrumptious flavor I remember from my childhood.

And you also need to buy organic strawberries, because the conventionally grown ones are among the most chemical-laden of all produce.

But if you can deal with those caveats, strawberries rank as just about the most delicious cancer-fighting food on the planet.

A 17th century English writer said, “Doubtless God could have made a better berry, but doubtless God never did.”

It’s a quote you’ll often hear from strawberry fans like myself.

I once advised a nephew not to marry a young lady who said she didn’t like strawberries. He married her anyway. And they lived happily ever after. Which goes to show you shouldn’t come to me for relationship advice. But I still think I was right, hah!

Besides the fact that strawberry shortcake is just about a sacrament as far as I’m concerned, this luscious, juicy red fruit is rich in vitamin C and a host of other powerful antioxidants and flavonoids. These alone give us many good reasons to eat strawberries every week of the year.

But now there’s a newly discovered substance in strawberries that’s practically a “miracle drug” against cancer. . .

The new molecule is not only jam-packed with anti-cancer properties but is found in strawberries at levels five to ten times higher than any other single food item.

The term is overused but “superfood” applies to strawberries in spades.

Three years ago researchers from Spain and Italy writing in the Journal of Agricultural and Food Chemistry summed up the health benefits of strawberries as: antioxidant, antimicrobial, anti-inflammatory, anti-obesity, anti-diabetic, anti-metabolic syndrome, cardiovascular disease-protective, nerve-protective, and anti-cancer.1

These benefits not only come from vitamins and minerals such as vitamins C and K, folate, potassium, manganese, and magnesium, but from high levels of antioxidants such as ellagic acid, and flavonoids like anthocyanin, catechin, quercetin, resveratrol and kaempferol.

Fisetin is another flavonoid, but is much less well known than some of the others. Yet, like Cinderella, it may be the fairest of them all.

To begin with it’s a strong scavenger of free radicals. Not only is it an antioxidant in its own right, but it boosts your levels of three other major antioxidants — glutathione, superoxide dismutase and catalase.

Long-time readers of this newsletter know that these three chemicals are among the most powerful disease and aging fighters known.  Your body makes them itself, but you should give it all the help you can, and fisetin does that.

Besides that, fisetin has a special quality. It can keep up our antioxidant defenses by maintaining glutathione levels.2

Glutathione is commonly dubbed ‘the master antioxidant’ because it is a major protector of cells from oxidative and other forms of toxic stress. Glutathione is also able to recycle other antioxidants like vitamins C and E so they can be used over and over again.

Additional benefits come from glutathione’s role in activating the immune response and playing a key part in the body’s detoxification systems.

All by itself, glutathione is one of the most important indicators of how long you’re likely to live. Low levels mean poor health, high levels mean good. And fisetin helps build and maintain glutathione levels.

Another valuable property of fisetin is that it can block NF-κB.3 This is a family of proteins that play critical roles in orchestrating an inflammatory response.

Inflammation is important when it comes to taking on germs, but can have negative consequences because it can promote allergies, autoimmune diseases and cancer. In short, there’s good inflammation and bad inflammation.

In many different types of human tumors, the proinflammatory molecule NF-κB is active, turning on the expression of genes that maintain cell proliferation and that keep cancer cells alive.

Fisetin is also able to block mTOR in many tumors, an important intracellular signaling pathway in the regulation of the cell cycle.

The protein complex mTOR is known as the master growth regulator because it senses when cells need nutrients to grow and divide. When mTOR is triggered, key cell ingredients are copied to make new cells. Unfortunately, cancer cells also need mTOR and use it to ensure limitless cell division and expansion. Fisetinis able to block mTOR in many tumors and also helps remove waste products of overactive mTOR metabolism, a process called autophagy.4

Fisetin has also been shown to induce apoptosis (cancer cell “suicide”) and inhibit angiogenesis (growth of blood supply to the tumor).3

Stops the spread of cancer

To grow and expand, healthy cells need to break down collagen and connective tissues that surround and confine them. To do so they secrete a family of enzymes called metalloproteinases (MMPs).

Cancer hijacks this natural process, producing excessive amounts of MMPs to scythe through tissues, allowing it to invade and spread to other organs. Preventing this uncontrolled breakdown of connective tissues is key to stopping metastasis.

A study by Chinese biologists found that of 17 flavonoids tested, fisetin was the most active agent at reducing MMP-1.5

In another study, MMP inhibitors were screened from extracts of medicinal herbs. Fisetin showed the strongest inhibitory activity.

The Korean researchers wrote, “In addition to inhibition of MMP-14, fisetin inhibits MMP-1, MMP-3, MMP-7, and MMP-9, more efficiently than a naturally occurring MMP inhibitor tetracycline. Therefore, fisetin could be valuable as a chemopreventive agent against cancer and a lead compound for development of therapeutic MMP inhibitors.”6

Inhibits the survival of cancer cells

Fisetin has also been identified as an anti-mitotic compound, which means this compound found in strawberries stops cancer cell division and thereby prevents cancer cell growth. It does so by targeting, binding to, disrupting, yet also stabilizing aspects of cellular structures called microtubules.

Conventional medicine claims microtubule-targeting drugs have revolutionized cancer treatment. But the body eventually resists them, and like many drugs they also come with many undesirable side effects.

I don’t know if you can eat enough strawberries to equal the anti-mitotic power of the drugs, but maybe you can. Consider this:

Fisetin was found by scientists at the University of Wisconsin, Madison to be the most active microtubule stabilizer among two dozen plant-sourced flavonoids tested and was shown to be “far superior” to the routinely used chemotherapy agent paclitaxel in a lab study of prostate cancer cells.

In their 2016 paper, in which they explored the molecular targets of fisetin in cancer, the Madison team summed up by writing that fisetin interferes with cancer development in multiple ways. It inhibits cancer by promoting apoptosis, modulating autophagy and by impeding a host of cancer cell survival pathways.7

In a separate review, they wrote that fisetin had multiple targets, deterring cancer growth by changing the cell cycle, inducing apoptosis, and inhibiting angiogenesis, invasion, and metastasis.

And it does all this without causing any toxicity to normal cells.

They concluded by writing that “fisetin shows tremendous promise as an anticancer agent.”3

These findings suggest fisetin would be effective in many types of cancer, and in lab studies this has proved to be the case.

Mouse studies demonstrated a reduction of 67% in the growth of lung cancer8 and melanoma.9

Studies of lab-grown cells and animal studies aren’t the last word, but there has been at least one human study to date. It was carried out by researchers at Tabriz University of Medical Sciences, Iran in 2018.

In a double-blind, randomized placebo-controlled clinical trial, 37 colorectal cancer patients with an average age of 55, and undergoing chemotherapy, were assigned to receive either 100 mg fisetin for seven consecutive weeks or placebo. The supplementation began one week before chemotherapy and continued until the end of the second chemotherapy cycle.

The authors concluded that fisetin could improve the inflammatory status of patients with this form of cancer and could act as a novel complementary antitumor agent.11

Getting fisetin every day

Fisetin is found in a wide range of fruits and vegetables such as kiwi fruit, peaches, grapes, tomatoes, onions and cucumbers.

Higher levels are found in apples and persimmons but by far the largest amounts are to be found in strawberries.

Organic fruits and vegetables in general contain higher levels of health-benefiting phytochemicals. This likely includes fisetin, so this is another reason to go organic.

Fisetin is also available as a nutritional supplement.