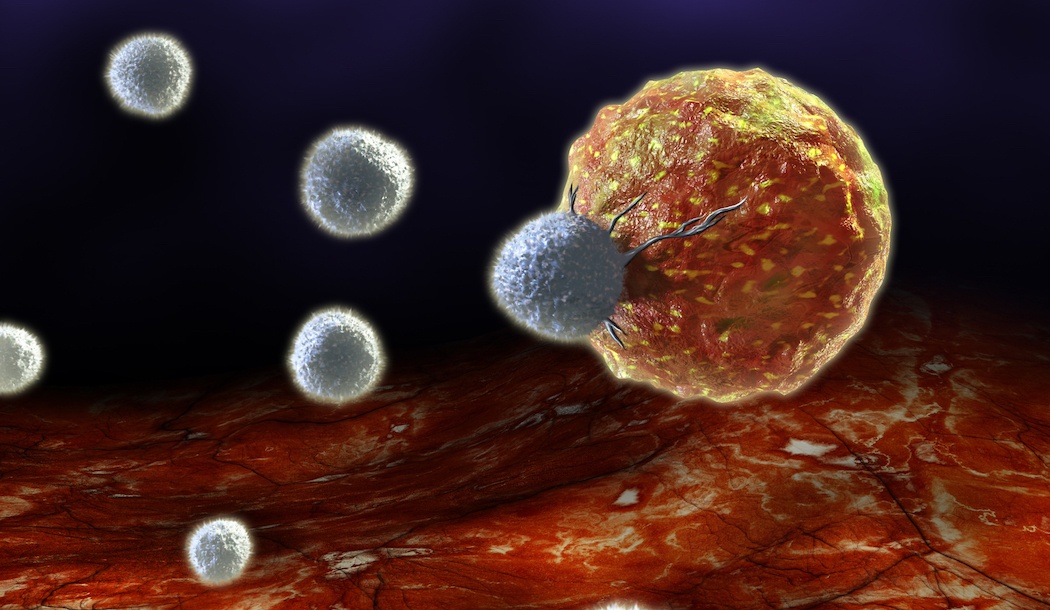 Doctors are seeing increasing levels of success by casting off caustic cancer treatments in favor of those that work with the immune system instead of destroying it, as chemo does.

It’s not something you can do without help from medical professionals, but the results are astounding – even for patients who were “hopeless.”

The procedure is called CAR T-cell therapy, short for chimeric antigen receptor T-cell therapy. I’ve written about it before, but this powerful new (yet old) approach to immunotherapy has set some new benchmarks. Here’s what you need to know…

Science fiction in action (with a natural healing angle)

The therapy begins with harvesting T-cells from a patient’s blood. These are key fighters in the immune system.

From there, lab technicians insert a novel gene into the harvested T-cells (this artificial receptor is called a “chimeric antigen receptor,” hence the name of the treatment). The T-cells respond by making new surface receptors. It’s these surface receptors that hunt down and grab onto specific proteins found only on certain cancer cells, such as lymphoma cells.

Sattva Neelapu, M.D., who administers this treatment through MD Anderson in Houston, describes the receptor as a kind of “heat-seeking missile.” The modified cells, once reinserted into the blood stream via IV, create chemicals that kill the cancer. Better yet, the modified cells multiply and continue attacking.

It’s the stuff of science fiction, yet its available now, and it’s working. The results are eye-popping. . .

According to Dr. Frederick Locke, an oncologist who leads the initiative in immune cell therapy at Moffitt Cancer Center in Tampa, FL, the success rate of patients who received this treatment in a recent study is about four or five times higher than you’d expect with existing treatments. Roughly half of the 101 patients involved in the study enjoyed complete remission.

The results have been so promising, the FDA officially approved a version of this treatment called Yescarta. Approval became formal last fall for specific types of B-cell lymphoma.

That makes two gene therapies now that have gotten the thumbs up as cancer treatments.

And not only is it striking that scientists are harvesting the power of the immune system to stop cancer in its tracks, but they’re doing it for patients who have the worst kind of prognosis and are down to zero hope.

Non-toxic and relatively natural as it may be, it’s not without risks. Potential side effects include high levels of neurological toxicity. Three patients from the study out of Tampa died from the effects of CRS, or cytokine release syndrome, which occurs when proteins known as cytokines are released by active white blood cells and lead to life-threatening inflammation.

Nearly all patients experience CRS, which lasts around a week, but it’s only fatal to a few. Many patients describe it as similar to a severe case of flu. It hits by the second or third day after the infusion.

But the reaction is a sign that good things are happening, because it means the T-cells are multiplying and attacking the cancer, which effectively causes an immune response in the body.

Lesser symptoms include high fever and brief memory loss, which occurs around day five after the infusion and lasts two to four days.

The “living drug” that persists inside of you

At present, the FDA has only approved CAR T-cell therapy for childhood acute lymphoblastic leukemia and adult B-cell non-Hodgkin’s lymphoma. These are now commercially available.

Not all patients immediately qualify. In fact, you have to go through at least two other forms of medically-administered therapy, which both have to fail before you can get approved for this new approach.

However, clinical trials recently started in which CAR T-cell therapy is used as the second or even first treatment for both the leukemia and lymphoma cancers it currently treats. Better still, the next phase of clinical trials will be focusing on some other types of cancer, including B-cell lymphoma, mantle cell lymphoma, multiple myeloma, and acute myeloid leukemia.

Down the road, Dr. Neelapu predicts CAR T-cell could potentially replace chemotherapy and even stem cell transplants. There are a lot of clinical trials yet to be completed, but consider how this could revolutionize the world of conventional cancer-care.

As things stand now, patients with childhood leukemia or non-Hodgkin’s lymphoma undergo at least six months or more of chemotherapy. When it comes to CAR T-cell therapy, they would get just a single infusion that requires – at the most – around two weeks of inpatient care.

There’s also evidence this treatment and its benefits last for many years. It’s what researchers call a “living drug,” meaning the cells persist in the body long-term, and can continue to recognize and kill cancer cells in the event of any relapse.

Take charge and activate your immune system yourself

The hope going forward is that researchers can come at cancer in new and creative ways using the power of the immune system’s natural cancer-fighting ability.

For now, this sounds worth seeking out if you have one of the two types of cancer approved for treatment and you’ve endured your two rounds of chemo. If I had one of these two cancers, would I put up with the chemo to get to the new treatment? I’d have to think hard about that. But I probably wouldn’t.

If you want to try it as a first-line treatment or for a cancer other than childhood acute lymphoblastic leukemia and adult B-cell non-Hodgkin’s lymphoma, it’s available only through clinical trials. So it’s important to ask your cancer doctor early on about clinical trial options as you piece together a plan for your cancer care.

My own favorite immune-boosters are mushroom extracts. Coriolus versicolor, Agaricus blazei and reishi are all highly effective against cancer.