This Kitchen Cabinet Cure for Cancer Deserves a Look 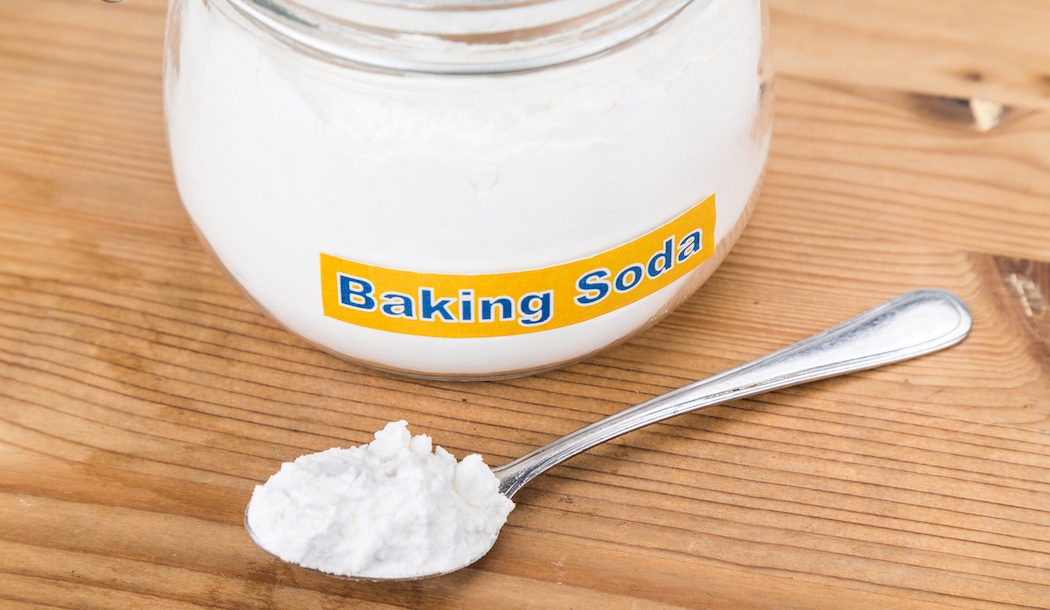 Evidence is mounting that a box of baking soda – the kind you can pick up at the grocery store for less than a buck – has more healing potential than multi-thousand-dollar manufactured drugs, and may hold a new key to staving off cancer.

I recently received a book called pHood for Life (a pun on “food,” just in case you missed the joke, as I did first time around). Available on Amazon, it’s written by Jenny Magnusson, who cured her own stage 2 breast cancer with a baking soda protocol. (She also ate a healthy organic diet, totally got sugar out of her life, took some supplements, exercised, followed a detoxification protocol, and learned to reduce stress – so it’s not all about baking soda).

The “baking-soda-plus” protocol succeeded for Jenny (and has for many other people) because baking soda plays a little-known role in fighting inflammation. Here’s how…

Unless you’re new to this newsletter, you know about the growing mountain of evidence that inflammation within the body plays a key role in some of the most damaging chronic diseases of our era – including arthritis, heart disease, diabetes, Alzheimer’s, and of course, cancer.

And you also know diet plays a significant role in inflammation. People who eat more processed meats, sugary foods and drinks, and refined grains (which make up the bulk of the American diet, sadly), are at greater risk for these illnesses. According to a study from the Harvard School of Public Health, people who regularly eat these foods increase their risk of colorectal cancer by a whopping 32 percent.

Inflammation isn’t all bad, though. In fact, it’s one of our most powerful weapons against illness. Inflammation is a kind of living shield of defense against bacteria, irritants, and injured cells. For example, if you get a cut on your finger and bacteria are introduced to your body, your white blood cells – kind of like soldiers of the immune system – rush to the site and disarm the bacteria by showering it with toxic chemicals.

You experience this battle as pain, redness, heat, and swelling. It’s not pleasant, but it’s over pretty quickly and your skin heals.

The dark side of inflammation

Helpful as it may be, inflammation has a split personality. Chronic, persistent inflammation leads to debilitating diseases like psoriasis and rheumatoid arthritis. These are diseases of an immune system gone amok. And when it comes to cancer, inflammation unfortunately helps in the spread of tumors and cancer cells throughout the body.

Cancer starts when a tumor begins to grow from just a tiny handful of mutated cells. The tumor then starts scavenging oxygen and nutrients from its surroundings. As they grow, those cancerous cells within the tumor begin to release chemical signals that entice immune cells like macrophages to infiltrate.

Why would a tumor want to attract macrophages, which are supposed to be our body’s defenders? It’s a long story, but cancer is able to flip some macrophages over to its side. They become traitors. And when those immune cells move in to the tumor, they prompt the growth of new blood vessels, thereby creating a buffet of oxygen and nutrients for the tumor to feast on.

Other elements of the immune system, like cytokines, prompt the growth of the stroma – kind of like a pillow – so the tumor has a safe place to rest. And still other inflammatory cells sprinkle the tumor with free radicals that damage even more DNA in the area, and may also start the process of tumor metastasis, or the spread of the cancer cells.

So while the immune system is a crucial part of our survival in a germ-infested world, cancer cells have the ability to hijack our immune system for their benefit.

The simplest treatments
are sometimes the most profound

That’s why this new research on baking soda is so riveting. Ever since the role of inflammation in cancer was discovered, scientists have been working to find a way to curb it when cancer is in the picture.

Recently, the Medical College of Georgia at Augusta University published research in the Journal of Immunology that showed a daily dose of baking soda may help reduce destructive inflammation.

The primary focus of these researchers was to look at shutting off the immune response in the face of autoimmune diseases like rheumatoid arthritis. What they found showed that a daily dose of cheap, over-the-counter baking soda seems to encourage the spleen to create an anti-inflammatory environment instead of the opposite.

Baking soda — sodium bicarbonate — stimulates your stomach to make more acid to digest your next meal, while tiny mesothelial cells that cover the spleen somehow communicate to that organ that a massive protective immune response just isn’t necessary.

In addition, after the subjects in the study drank water with baking soda for two weeks, researchers discovered that the population of macrophages (the immune cells) shift from promoting inflammation (by way of cells known as M1 macrophages) to reducing it (by way of M2 macrophages).

With a lowered inflammatory response, the thinking is that the risk of cancer also lowers. This seems particularly likely because the researchers in this study reported that baking soda appeared to lower the inflammatory response across all organs, from the spleen to the kidneys and including the blood.

There’s not a lot of risk that goes along with taking baking soda, but if you decide you want to try it, it’s always smart to ask a doctor first – especially if you’re already taking drugs for cancer or any other disease.  And I mean an alternative or integrative doctor, not a conventional one.

Recommended doses differ depending on who’s doing the recommending. I wish I could be more helpful in this regard, but it’s not a therapy I’m directly familiar with, nor do the numerous doctors we’ve interviewed use it clinically. It’s pretty much a home remedy.

Jenny Magnusson’s recommendation is one teaspoon in water, twice a day. Other protocols may recommend yet other doses. Do it on an empty stomach well after a meal, because it neutralizes stomach acid, and that’s not a good idea when you’re about to eat.

Make sure the powder is completely dissolved in the water, and then sip it slowly.

Jenny recommends this level of baking soda for just the first two or three weeks, then start cutting back. She used a home test for her pH levels (her level of acidity), and adjusted the baking soda, the food she ate, and other inputs to achieve the pH level she believes is healthy.

Readers of this newsletter may recall that I’m not a big fan of the acid/alkaline theory of cancer causation. There may be something to it, but as yet I feel there’s not enough evidence. Given the fact that Jenny was doing a great many other things to beat cancer (as all sensible cancer patients should) – and the fact that she had a relatively early-stage cancer — it’s impossible to weigh the role that baking soda played in her recovery.

I’m comfortable with certain home remedies for early-stage, slow-growing cancers – I did home remedies myself for prostate cancer. But it’s not without risk. Don’t put all your eggs in the baking soda basket, and move on if you don’t get results in a month or two.

Side effects could be gas, nausea, diarrhea, or stomach pain. I recommend you start slowly, sipping just one or two doses a day. And keep an eye out for more on baking soda and other inflammation remedies, as blocking inflammation is going to play a huge role in cancer prevention and treatment in the coming years.

Healthline website (see the references below) recommends a baking soda protocol for adults suffering from acid reflux — a half teaspoon dissolved in a 4-ounce glass of water. You can repeat the dose every two hours, and you want to avoid taking seven doses within one day – unless you’re over 60 years old, and then you don’t want to take more than three doses in a single day.

They also say this should be done for no more than two weeks – and, obviously, acid reflux is not the same as cancer.

Baking soda seems like a reasonable way to relieve acid reflux. After all, it’s the same stuff – sodium bicarbonate – that’s in Alka-Seltzer. However, I don’t know if it’s a long-term solution. I suspect it isn’t. (And don’t take Alka-Seltzer – it contains aspirin. Just take baking soda, if that’s what you have a mind to do, and if you need a pain reliever, take it separately.)