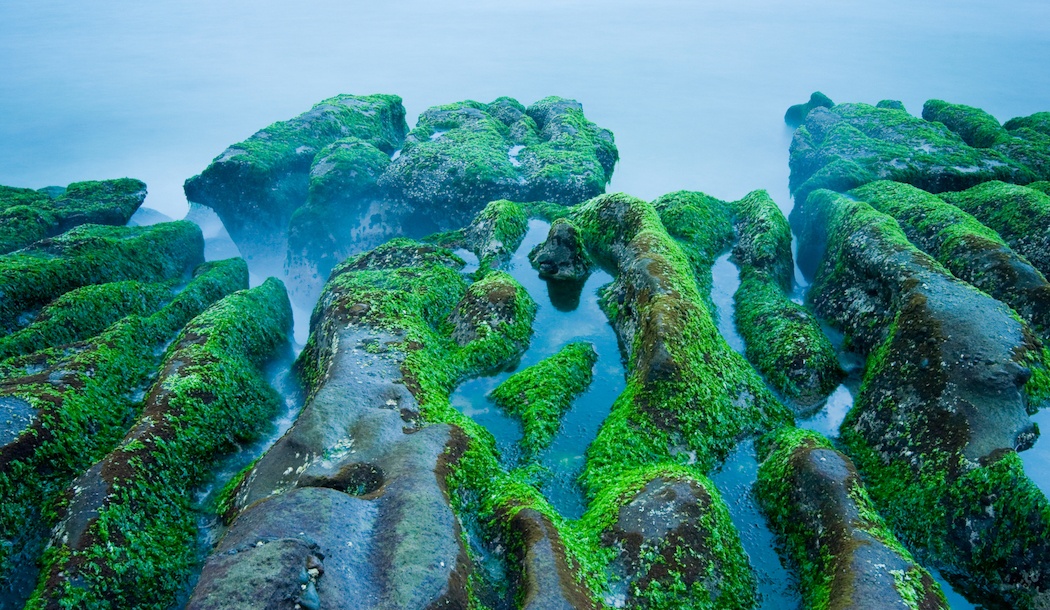 Seaweed has been making the rounds in popular culture in a multitude of ways. You can find it as a new favorite grab-and-go snack at health food stores, in the outer layer on a sushi roll, and as a key source for “macromolecular antioxidants” when eaten.

But now you can appreciate this “leaf of the sea” on a whole new level as protection against a serious disease, because seaweed does a phenomenal job of absorbing ultraviolet rays. This could be a game-changer in skin cancer prevention, and here’s why…

In the past 30 years, more skin cancers have been diagnosed in the United States than every other type of cancer combined – as reported by the Skin Cancer Foundation. As a result, sales and use of sunscreen have skyrocketed.

To be fair, most of those diagnoses are for basal cell carcinomas, a nearly harmless nuisance, but a scary number of them are for melanoma, the deadly form of skin cancer. And even though basal cell cancers are “small beer” you still have to have them removed with painful and expensive surgery.

So a great many people slather on commercial sunscreens to protect themselves from the skin damage believed to be a major cause of both types of skin cancer. The result may be a worse mistake than leaving the sunscreen off and taking your chances.

Most sunscreens work by either absorbing or blocking ultraviolet rays, but they do this with an arsenal of chemicals. And while those chemicals get the job done, they’re not particularly healthy for your skin or the environment. The long-term effects of sunscreen chemicals on humans are unknown.

Worse still, those chemical cocktails eventually get into the water systems, putting sea life in harm’s way. A lot of these sunscreens have formulations that include synthetic UV radiation filters. These components can make their way through the water systems to the ocean, where they may harm delicate marine life such as coral and microorganisms.

Seaweed sunscreens could be the solution we need.

In a study recently published in the British Journal of Dermatology, researchers wanted to find a way to protect human skin without the risk of damage to ourselves or the environment. The answer came in the form of a mycosporine-like amino acid (MAA) called palythine, an antioxidant found in seaweed. MAAs are naturally produced in organisms that live in shallow-water environments where sunlight is plentiful.

Not only did they discover that palythine successfully protected the skin against oxidative stress, it also offered protection against photoaging, the aging of the skin that results from over-exposure to sun.

The lead study author, Dr. Karl Lawrence from St. John’s Institute of Dermatology, explained that these MAAs work through direct absorption of UVR photons, just like synthetic filters. He also said they are potent antioxidants, which play a key role in limiting exposure to solar radiation and the subsequent higher levels of oxidative stress.

This is something synthetic UV filters can’t do. They are not antioxidants.

This study is a breakthrough in the search for a sunscreen that won’t hurt the environment, is non-toxic, but is also effective in combating serious sun rays.

Don’t try to buy it just yet…

Of course, it’s not as easy as simply collecting seaweed from a beach and rubbing them on your skin. More study is needed to confirm safety and efficacy, but the hope is that marine-derived sunscreens will be a key solution both in preventing skin cancer and in protecting marine life.

Meanwhile, be skeptical of sunscreens you see on the market that claim seaweed as an ingredient. Unless you see palythine listed as an active ingredient, you’re still probably dealing with a sunscreen that relies on synthetic filters and uses seaweed components as a bonus ingredient (and most likely as a marketing come-on).

For a natural sunscreen that’s available now, I’ve heard that powdered vitamin C (ascorbic acid) dissolved in water is effective. I haven’t put it to the test myself. Commercial sunscreen ingredients that are thought to be safe include zinc oxide and titanium dioxide. Both fend off UVA and UVB rays.

People skip the parts of their backs they can’t reach when they’re not around someone they feel comfortable asking for help. It’s awkward to ask someone you don’t know for a back rub! Go the extra mile to protect these areas.

For myself, I haven’t engaged in sunbathing for years. I restrict my sun exposure to brief periods my skin can tolerate. In the summer my face, neck and arms get a slight tan, which I acquire slowly all summer, not in a rush in one weekend at the beach. The rest pretty much stays lily white. And that’s okay with me.