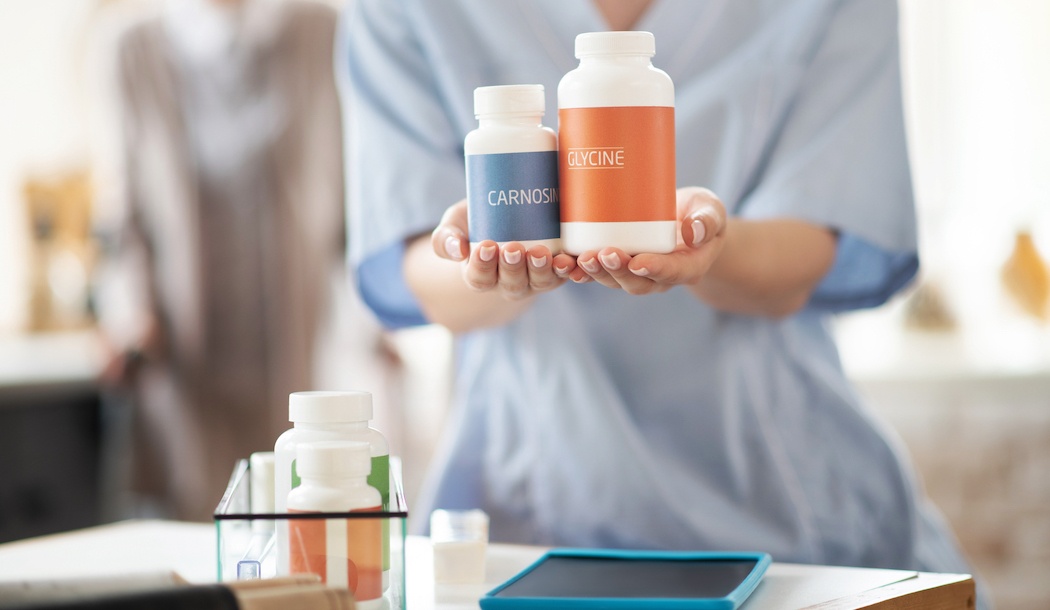 Discovered more than a hundred years ago in Russia, this nutrient is part of the dipeptide family, meaning it’s composed of two amino acids.

It’s found in most types of meat and can be manufactured in the body, but that doesn’t mean getting extra amounts won’t improve your health. In fact, the latest research shows this nutrient, called carnosine, can help fend off cancer.

One of carnosine’s more important roles in the body is to help mitochondria function better. Mitochondria, the little organelles in each cell that process energy, are crucial for cellular survival. When mitochondria malfunction, that often leads to cell death and a host of age-related diseases.

Interestingly, though, while carnosine helps the mitochondria in normal cells do their energy-producing tasks more effectively, in cancer cells, it behaves differently.

Researchers have found carnosine can derail the metabolic processes that help tumors spread. The result: In many cases, carnosine can cause apoptosis – cellular suicide – in malignant cells.

So far, no one is sure exactly how carnosine can accomplish these two apparently contradictory roles. But it’s probably linked to the fact that the mitochondria in cancer cells often don’t produce energy in the same way they do for normal cells.

For example, research in Asia demonstrates that carnosine can both disrupt mitochondria metabolism in cancer cells and also impair a process in their cells called glycolysis. Glycolysis is a way for cancer cells to break down carbohydrates for energy, while bypassing the mitochondria.1

In this particular study, the scientists examined carnosine’s effects on stomach cancer cells. Their lab analysis found that carnosine slows the growth of stomach tumors significantly.

These Asian scientists also admit that they can’t yet explain precisely how carnosine throws a monkey wrench into the activities of cancer cells’ mitochondria. What’s more, other research demonstrates how carnosine helps “rescue” mitochondrial function in the brain in a way that fights the effects of aging on neurons, which helps prevent memory loss.2

Another way that carnosine can step in to fend off cancer in the body occurs in its interaction with advanced glycation end products, or AGE’s.

AGE’s are combinations of proteins and fats that undergo a process called glycation, which occurs when they interact with sugars. This process happens regularly in the body, but we also consume AGE’s in our food.

As a matter of fact, the processed food that so many Americans eat every day is extremely high in AGE’s because it’s cooked at high temperatures. (And if you grill, fry or broil your foods, you also create AGE’s in them.) Daily consumption of AGE-rich foods can lead to problematic amounts of AGE’s accumulating in your organs, which puts you at greater risk of dysfunction and disease.

According to researcher David Turner, who has studied these compounds at the Medical University of South Carolina, AGE’s are involved in just about every single chronic disease that plagues us, from type- 2 diabetes and heart disease to memory loss and cancer.

“The study of AGE’s in cancer is just starting to get traction,” says Dr. Turner. “The presence of AGE’s has been known for at least 100 years, but the research has been challenging. In order to determine how they work, their mechanism of action, researchers first have to determine a role in various diseases.”

In an eleven-year study that analyzed the health of about 1,600 women, Dr. Turner and his colleagues found that the women who consumed the largest amounts of AGE’s in their food ran the highest risk of certain types of breast cancer.

“AGE’s build up in a cumulative way,” notes Dr. Turner. “Fats, sugars, everything that is bad for you leads to the accumulation of AGE’s.”

But if you want to lower your cancer risk from AGE’s, you should avoid grilled foods, stay out of fast-food joints and be sure you’re getting sufficient carnosine.

The research into carnosine shows that this nutrient acts in a number of ways to defuse the danger of AGE’s.

For instance, a review study compiled by scientists at the University of Massachusetts and North Dakota State University shows that carnosine can slow or stop the glycation that forms AGE’s even before it gets started.3 Carnosine does this by chemically stepping between proteins and sugars that would otherwise hook up to form the glycated compounds.

In so doing, say the researchers, the glycated carnosine (glycated just means it’s attached to a sugar molecule) forms a relatively harmless compound.

Another way carnosine helps is linked to its role as an antioxidant that protects the fats in cell membranes from oxidizing and linking up with sugars and toxic chemicals.

Plus, even after AGE’s have formed in the body, there’s evidence that carnosine can undo and reverse the chemical connections that bind the AGE’s together.

If you’re worried about AGE’s in your body – and we all probably should be – another way to reduce them is through exercise. A study in Mexico found that eating a low AGE diet combined with exercise produces the best results in reducing the body’s levels of AGE’s.4

All of these studies represent a small slice of the research into carnosine. I’m sure there’ll be more revelations about carnosine’s benefits soon that I’ll be reporting to you.

Meanwhile, since carnosine is found in muscle tissue, it’s in relatively high levels in beef and pork, to a lesser degree in poultry, and in small amounts in fish– although I saw one report that says eels contain a fair amount.7 There’s none in fruits and vegetables so if you’re a vegetarian or a vegan, you won’t get much, if any, carnosine in your food.

In fact, the journal of the Federation of American Societies of Experimental Biology published a study in 2007 that showed vegetarians have less carnosine in muscle tissue compared to non-vegetarians. Doctors recommended people following a plant-based diet consume foods rich in amino acids histidine and beta-alanine, which are the precursors to carnosine in the body.

Apples are rich in histidine, so are dairy products and whole grains like rice, wheat and rye. Other foods rich in histidine include corn, bananas, spinach, mushrooms, citrus foods and garlic. For beta-alanine, try soy products.

You can also supplement with carnosine. And if I was vegan or vegetarian, I’d strongly consider it.