This Popular Sleep Aid is a Powerful Cancer Fighter, Too - Cancer Defeated

This Popular Sleep Aid is a Powerful Cancer Fighter, Too 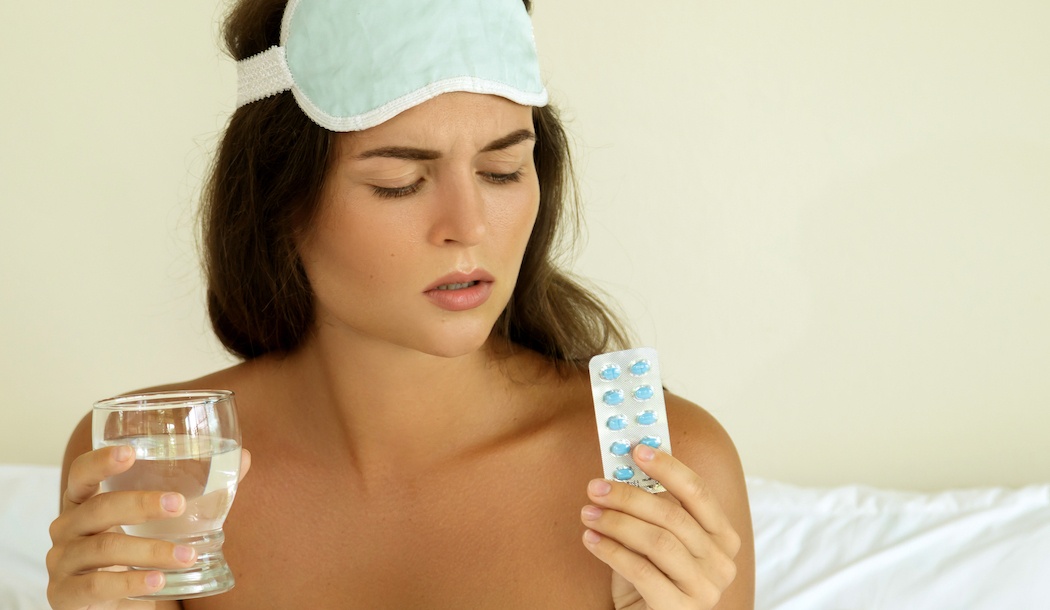 You may know of melatonin – one of your body’s natural hormones — as a sleep aid or a remedy for jet lag. But in fact, it has sweeping effects on your whole system. It can help you fight cancer, Alzheimer’s, Parkinson’s, and even migraines. Studies also show it’s a master detoxifier.

And by the way, if you tried it as a sleep aid and found it didn’t work, you probably took the wrong dose. Nearly every commercial supplement contains far too much.

Read on to find out more about why melatonin is so much more than a one-trick pony. . .

Melatonin is produced by a tiny gland tucked deep in a groove between the two halves of your brain.

You can think of it as a janitor who comes in at night to scrub the floors and empty the trash. This hormone’s job is to detoxify, rebuild, and rejuvenate you during the wee hours of the night.

It’s such a key player that your health and wellbeing ultimately depend on how well it does its job.

Regulates your circadian rhythm, and so much more

Your pineal gland and the melatonin it produces help regulate your body’s clock for both the 24-hour day-night cycle and the changes of the seasons. The 24-hour cycle is called the circadian rhythm, as you may know.

As it plays this role, melatonin deeply influences nearly every cell in your entire body. It is present in your cell membranes and mitochondria (the “batteries” in each cell). Oddly enough, melatonin is also found in your GI tract, where it helps regulate your immune system.

What’s more, disrupted circadian rhythms – basically, bad sleep habits — are a major risk factor for cancer. And as it turns out, for Alzheimer’s, Parkinson’s, and a whole lot of other diseases. If you sleep the seven or eight hours you need every night, in a room that’s completely dark, your circadian rhythm is probably healthy.

But millions of people don’t do that. They’re up at all hours looking at TV, smartphones or computers, and even when they sleep the room is lit up by those little lights that tell us the TV or some other device is plugged in. These days even electric sockets and thermostats have those infernal green or red lights to let us know there’s juice flowing. What’s more, most of us live in urban areas where light floods into our homes at night even if we draw the shades, so our brain never gets the total darkness it needs to make melatonin.

All of this is devastating to your melatonin levels. Set things right and you’ll have a big leg up at beating cancer, dementia and more.

Melatonin as a cancer fighter

It’s a known tumor-suppressor that’s effective against many types of cancer, including breast, prostate, gastric, colorectal, liver, brain, blood, and non-small-cell lung.1,2,3 Often this is true even when the cancer is at an advanced stage.

Pancreatic cancer is highly lethal, with a five-year survival rate so low you don’t want to hear about it. This type of cancer responds poorly to both chemo and radiation — but a 2017 study shows that melatonin inhibits proliferation of some pancreatic cancer cell lines.4

University of Texas Professor Russel Reiter noted that melatonin inhibits cancer cell development at every stage of cancer and across a multitude of cancer cell lines.5

He and his team also showed that melatonin can help make chemo- or radiation-resistant cancers more sensitive to those treatments, and may also help soften their toxic side effects.

He goes so far as to say that the medical profession’s adoption of this remedy is “unethically slow.”6

Another review considered a number of randomized controlled clinical trials using high-dose melatonin (20-40 mg/day) alongside chemotherapy, radiation therapy, or supportive care. The review concluded that melatonin was a “physiological anticancer substance.”7 [CAUTION: You should not use melatonin at such high doses merely to help you sleep.]

The best way to beat cancer is with a multi-modal approach.

Conveniently enough, melatonin can provide that, since it works via several mechanisms.

Not bad for a “sleep hormone,” right?

And it increased the rate of complete or partial remission by nearly 50%.8 While experts still say more research is needed, those results look extremely promising.

Lissoni, an Italian researcher, found that patients suffering from glioblastoma, a lethal type of brain cancer, and receiving conventional radiotherapy plus 10 mg of melatonin reaped the benefit of a 43% one-year survival rate, compared to a survival rate of less than 1% for the placebo (supportive care only) group.

Those are astounding results.

Metastatic breast cancer patients who took 20 mg of melatonin alongside Tamoxifen had a one-year survival rate of 63%, in contrast with a mere 24% survival rate for the placebo group.9

3. Alleviates the debilitating side effects of chemo and radiation

Conventional treatments usually come with a host of nasty side effects. In fact, chemotherapy is so painful to endure that many patients end their treatments early.

Studies show that melatonin may alleviate side effects such as nausea and vomiting, low white blood counts, cachexia [wasting away], neurotoxicity, and more.10,11,12

The research on melatonin’s effectiveness is truly astonishing… as is oncologists’ refusal to use it in treating cancer.

Consider the story we recently told you (in Issue 871) of Ben Williams, author of the book Surviving Terminal Cancer: Clinical Trials, Drug Cocktails, and Other Treatments Your Oncologist Won’t Tell You About. Melatonin was one of the therapies that allowed him to be alive 23 years later, an incredible accomplishment.

Do you need more melatonin?

Even if you’re not battling cancer, you may still be at risk of melatonin deficiency. Especially if you fall into any of the following categories:

Your eyes may also make you deficient

Even if you don’t fall into one of the groups listed above, you may still be deficient by virtue of your eyes. Almost everyone makes one or both of these mistakes. Do you?

1. Too much light at night.

Darkness is your body’s cue to start producing melatonin.

If you’re watching TV or spending time on your computer, tablet, or smartphone in the evening, you’re shooting your health in the foot.

Light from the blue part of the spectrum is a particular problem for brain activity. Screens actually emit more blue light than the sun does – 35% versus 25%. And you wonder why you don’t sleep well…

Even tiny amounts of ambient light at night block melatonin production. If you struggle to fall asleep or stay asleep, this may be why.

Interestingly, a study at the University of Colorado in Boulder showed that for otherwise healthy adults with messed up circadian rhythms, one week of camping with no artificial light completely normalized melatonin levels.

And just one weekend improved levels by 69%.13

2. Not enough sunlight during the day.

In just one week, researchers were stunned to find that the animals exposed to sunlight produced FAR more melatonin at night than the ones exposed to artificial light.14

The light intensity of sunlight is more than seven times that of fluorescent light.

The takeaway is that while you may want to supplement with melatonin if you have cancer, you can stimulate your body’s natural production of it by turning off lights and screens after dark, wearing blue-blocking glasses, and getting exposure to real sunlight during the day (outside, not through a window and not while driving).

There are even more ways to maximize your melatonin levels:

If you’re going to take a supplement, MIT researcher Dr. Richard Wurtman suggests that a dose as low as 0.3 to 1.0 mg might be effective. Start low at the beginning or it could be counter-productive. Doses higher than a milligram are for cancer patients, preferably under the supervision of an alternative doctor who knows what he or she is doing.