This Substance Found in a Certain Candy Stops Cancer Cold 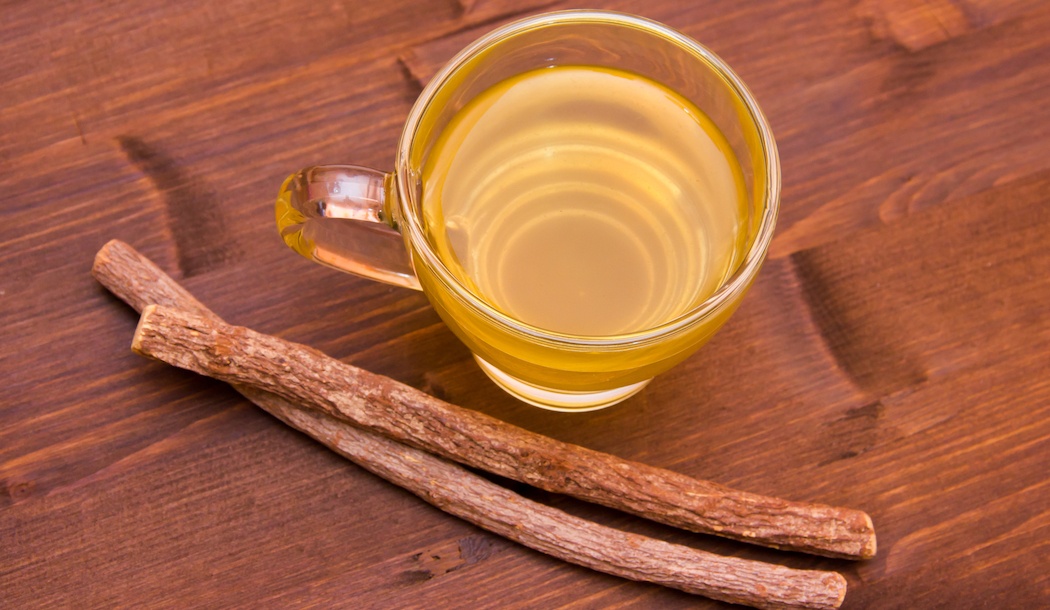 Plants possess what you could call “pigment power.”

The natural compounds that give fruits and their vegetables their colors also provide chemical weapons the human body can use to stay healthier. Some of the healthiest fruits – blueberries and raspberries, for example – get their medicinal power from these color compounds.

One pigment in particular – contained in licorice – turns out to be a natural weapon against cancer. Here’s what it can do for you. . .

Even though cancer cells are masters of survival, the licorice compound can disrupt their cellular processes and push them to destruction. When cancer cells open up the nasty bag of tricks that allow them to grow like crazy while they dodge the body’s defenses, this chemical can stop them in their tracks.

We wrote about this treatment before, in Issue #657. Now there are some new developments that make it worth another look.

Tongue-twister of a name, killing cancer is its game

This chemical is a flavonoid – which is the name for one particular class of plant pigments.

When I took a close look at what the licorice extract – which is a pale yellow – can do in the body, I found it has a wealth of health benefits. In fact, I’m shocked it hasn’t received more attention.

Sometimes I think there are so many natural compounds that fight cancer, even those of us who are keenly interested in this subject lose sight of some of them. But I can tell you this: if a drug company chemist had cooked up this chemical, you’d be seeing articles everywhere about the new “wonder drug.”

Along with its anti-cancer powers, some of the licorice extract’s benefits that are being researched include:

Researchers are especially enthused about the extract’s ability to fight ovarian tumors. Research in Asia shows it limits ovarian cancer in a host of ways. It slows down what are called “signaling pathways” that stimulate the cancer to grow faster. It hinders cancer cells from moving out of the ovaries and invading other parts of the body. And it encourages malignant cells to self-destruct in the programmed cell death called apoptosis.5

These are important findings. Ovarian cancer is the fifth most prevalent cause of death from cancer in women. The cancer usually causes few symptoms when it starts and is often discovered too late for conventional treatments to do much good. The result is a tragically low survival rate: Fewer than one-third of women with ovarian cancer survive more than ten years after diagnosis. Worse yet, the survival rate hasn’t budged much in 30 years.

Until recently, doctors weren’t even sure where ovarian cancer starts. Now, newly emerging evidence points to the fallopian tubes.6

“Ovarian cancer treatments have not changed much in many decades, and this may be, in part, because we have been studying the wrong tissue of origin for these cancers,” says Victor Velculescu, a scientist with the Johns Hopkins Kimmel Cancer Center. “If studies in larger groups of women confirm our finding that the fallopian tubes are the site of origin of most ovarian cancer, then this could result in a major change in the way we manage this disease for patients at risk.”

The use of the licorice extract may be a part of that major change. According to the Asian researchers, it “might be considered as a potent ovarian cancer inhibitor and be chronically used as a supplementary agent in ovarian cancer therapy.”7

The licorice extract also plays an important role in controlling a harmful body process that can spur cancers of all kinds – inflammation.

I’m sure you already know inflammation is a huge health risk. One major source of inflammation is the extra fatty tissue so many of us carry around, which can lead the immune system to stay inflamed on a permanent basis.

The fat – or adipose – tissue seems to provoke an immune system response similar to an infection, but with the difference that the fat tissue doesn’t go away the way infectious microbes usually do. And when inflammation persists, immune cells eventually harm the healthy cells they should be protecting and promote the growth of the cancer cells they should be destroying.

But here, too, the licorice extract can help.

Research in Japan has looked into what happens when immune cells called macrophages are influenced by the fat tissue we carry around our waistlines. The macrophages are white blood cells that roam the body and are supposed to swallow and destroy harmful pathogens.

But fat tissue can lead them to forget their original mission and go into permanent inflammation alert. Then, say researchers, a kind of vicious cycle starts up. The initially inflamed macrophages that gather in adipose tissue stimulate a larger gathering of macrophages that also become inflamed – like a lynch mob that turns to destruction even when the latecomers to the riot don’t know what the original crime was supposed to be.8

Fortunately, the licorice extract can interrupt this destructive cycle of rampaging cells. It chemically talks the immune cells down from their high-alert status and calms them.9

The extract can also interfere with enzymes that breast cancer cells use to quicken their growth and survive longer. These malignant cells use fatty acids to increase inflammation and boost their blood supply. But research shows the licorice extract throws a monkey wrench into cancer’s enzymatic machinery and keeps the cells from thriving.10

In performing all these life-saving services, the extract causes epigenetic changes in the cancer cells that derail their conversion of fats into inflammatory chemicals. When this happens, the cancer cells’ growth sputters and they often end up dying.

Now, I’m sure some readers are wondering if licorice the candy is a health food. Sorry to disappoint, but it’s not. It’s over-processed and loaded with sugar, and also doesn’t contain therapeutic doses of isoliquiritigenin, the extract, the stuff that has medicinal value. What’s more, whole licorice contains other compounds that, in large quantities, can interfere with your blood’s potassium level and potentially lead to an irregular heartbeat.11

But it’s still exciting to see that another natural compound is finally getting the attention it deserves. There’s a good chance that in the near future isoliquiritigenin will become a standard part of cancer treatment.