This Tiny Seed May Help Kill Your Cancer – Cancer Defeated

This Tiny Seed May Help Kill Your Cancer 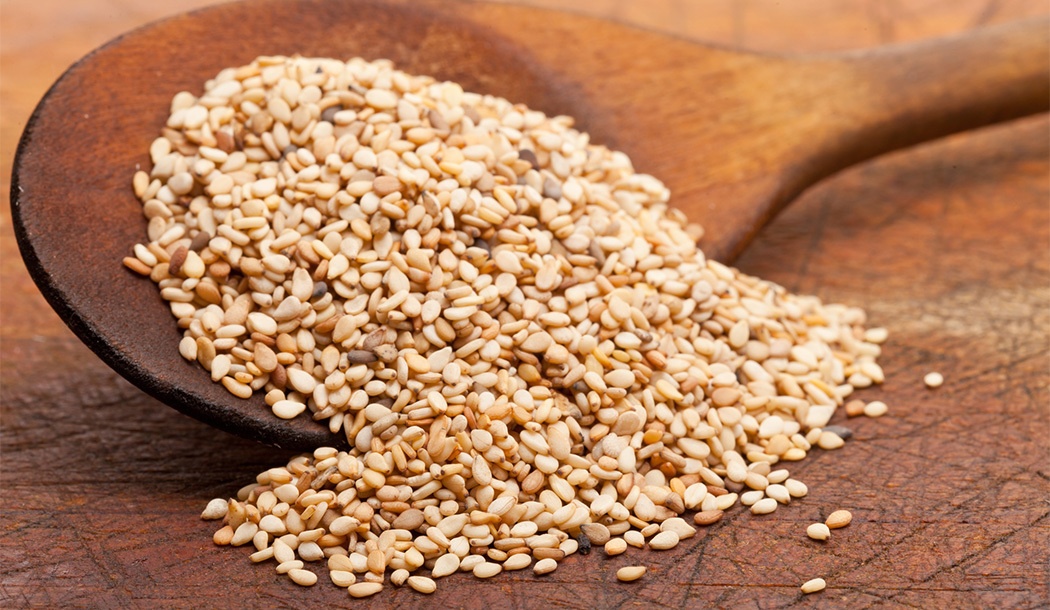 Chronic inflammation rears its ugly head in many ways – through muscle or joint pain, depression or anxiety, fatigue or gastrointestinal problems, even memory loss.

And if you suffer with inflammation in any form, you know it’s something you can’t just ignore. It ends up running your life. And although you might muddle through with pain or stomach upset, recent discoveries show that chronic inflammation is also a big driver of many types of cancer.1 Try muddling through that!

So don’t wait until your symptoms get to the chronic stage before you begin to do something about them.

You can start today with the same food Greek and Roman soldiers carried on long marches in the form of a honey and seed “energy bar.”2

Discover this potent anti-inflammatory, which also has potential anti-cancer properties.

Sesame oil is pressed out of the tiny sesame seeds that come from Sesamum indicum, a plant that’s been grown as a food crop for some 3,000 years.

Sesame seeds, which can be white, black, red or yellow, grow in pods that burst open when ripe. This is said to be the basis of the magic phrase “open sesame” in the Arabian Nights.

Although sesame oil is extremely high in calcium and magnesium, it’s also one of the most potent medicinal foods still consumed today.

In fact, its history goes back 3,600 years to the Egyptian times when it was listed in the scrolls of the Ebers, a guide to medicinal herbs.3

Sesamol is a lignin – a type of fiber — that’s considered a major antioxidant boasting many health benefits. Sesamol is the product of the decomposition of sesamolin that occurs when sesame seeds are roasted.4

Sesamin, rich in vitamin E, is a lignan – not the same as a lignin – that also possesses anti-inflammatory properties. Lignans belong to a group of plant compounds known as polyphenols and could potentially help reduce the risk of certain cancers.5

In a study at the Chang Gung University of Science and Technology in Taiwan, researchers assessed whether sesamol could decrease lung inflammation and lung injury in rats. After feeding animals this food, they found it greatly improved the inflammatory and oxidative damage which occurred in the lungs.6

These two animal studies aren’t specifically about cancer, but as we search for natural ways to prevent this disease, sesame oil is worth considering. Cancer and inflammation go together like a horse and carriage. Any food that reduces the latter should be on our radar.

Here’s a study that suggests how sesame could help…

The two compounds sesamol and sesamin can help prevent cancer cells from growing and help stop the growth of tumors and the progression of cancers by limiting the formation of new blood vessels.8

A study published in the Annals of the New York Academy of Sciencesanalyzes the effects of sesamol on tumor and cardiovascular cells. The researchers discovered sesamol helps stop the cancer and blood vessel cells from growing and triggers apoptosis (programmed cell death).9

Besides that, the researchers observed sesamol initiated apoptosis (natural death) in the tumor cells.10

In a report conducted in 2017, scientists in China examine the anti-tumor effectiveness of sesamol in a human cell line of liver cancer. Sesamol suppressed the formation of these lab-grown cancer cells and helped stop cell cycle progression.11

Sesamin also showed the ability to help stop the growth of liver cancer cells in a study conducted at the Huazhong University of Science & Technology in China. This report revealed that sesamin induced apoptosis in the cancer cells – which means it may be a future cancer drug candidate.12

Breast cancer appears to be inhibited by sesamin, too. In a 2015 study, researchers noted that breast cancer cells dosed with small amounts of sesamin lost vitality and grew less vigorously.13

How to reap the benefits of sesame oil

Sesame oil is widely used as food, as a cooking oil and as a supplement.

The seeds can be eaten whole or ground into tahini paste and added to almost anything, including stir fry, salads, soups, hummus and baked goods. You may also want to try sesame butter as a substitute for peanut butter.

When used as a cooking oil, it has a rich, nutty flavor and goes well with ginger and garlic in recipes. Keep in mind that it’s high in omega 6 fats and you don’t want to throw your omega 3 to 6 ratio out of whack. Most of us consume too many omega 6 fats.

Look for unrefined oil which is not chemically processed, and don’t use “toasted” sesame oil for cooking. Its seeds are toasted before pressing, giving it a deep gold color and rich, nutty flavor.

Toasted sesame oil has a lower smoke point than unrefined sesame oil and can break down under heat. It’s best to reserve it as a finishing oil to add intense flavor in marinades and dressings.

Sesame oil as a supplement normally is available as soft gel capsules. They’re a good choice if you want sesame’s health benefits but don’t like its taste.

Sesame oil is generally safe as there are no reports of toxicity. If pregnant or breast-feeding, use caution when consuming sesame seeds and sesame oil because they may have hormone-inducing effects.