This “Top Ten” Therapy Is Like Superman for Your Cells 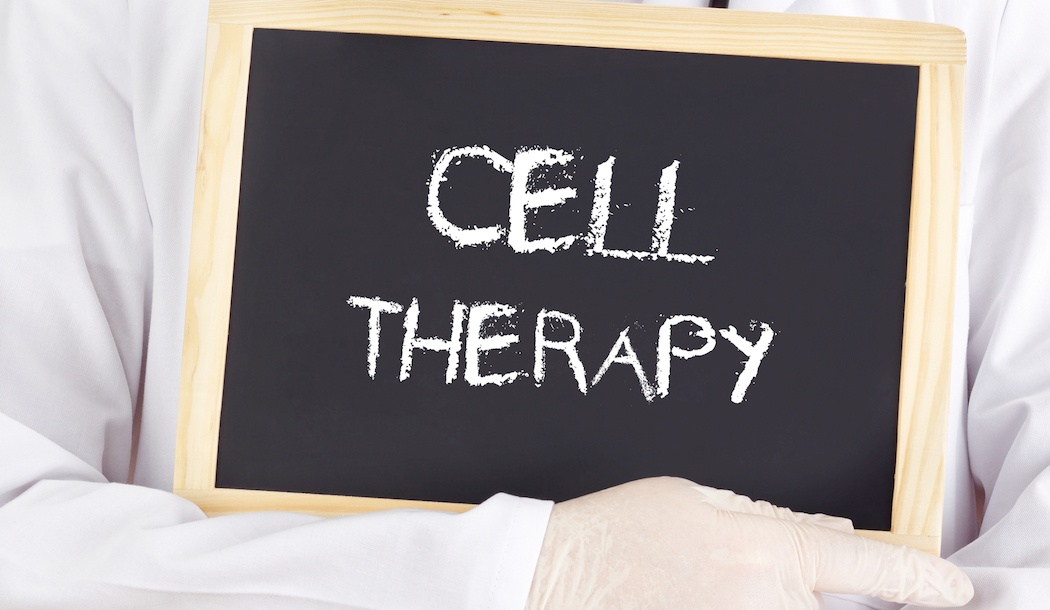 In a world plagued by degenerative diseases like cancer, Alzheimer’s, and more, it’s no surprise that many wish for a Superman-like hero to rescue them from their suffering.

I’m sorry to say, there is no such treatment – no “magic bullet.” But the treatment I’m going to talk about today comes close. I learned about it nearly 15 years ago when I first started investigating alternative cancer treatments.

I put it in my “top ten best treatments” then. And even though I’ve learned about hundreds of other treatments since, this remains in my top ten.

Which theory of cancer do you believe?

There was a time – about 50 years ago – when healthcare was based on a metabolic model. Then came the quantum shift toward genetics. Which unfortunately left millions feeling like they were doomed if they had “bad genes.”

Mainstream medicine pushes the view that broken genes – rogue DNA mutations – are the driving force of cancer. But alternative cancer therapists have had much more success with the metabolic view – the theory that cancer is a dangerous misfire in the process by which we process foods and turn them into energy at the cellular level.

This is great news for our health, because we can do something about what we eat.

It has also opened the door for a gene-restoring nutritional wonder developed by electro-biochemist and former US Navy dentist Merrill Garnett, PhD., DDS.

He arduously tested some 20,000 compounds. Then came his eureka moment.

The US government first patented his treatment in October 1995… though you’ve probably still never heard of it.

This “new” concept in anticancer nutritional therapy is called Poly-MVA.

It’s exactly what its name implies. Poly means multiple. MVA is an acronym for Minerals, Vitamins, and Amino acids.

This alpha lipoic acid (ALA) complex contains several specific co-factors of minerals, vitamins, and amino acids that target, support, and improve the integrity of your mitochondria – the tiny but critical powerhouses of your cells.

According to the metabolic theory, it’s the malfunction of these cellular “batteries” that is the driving force of cancer, NOT mutated DNA.

Poly-MVA rescues your mitochondria from damage.

It protects, corrects, and enhances your metabolism to keep all your cells healthy, and it supports your natural mechanisms for fighting abnormalities, poor cellular health, disease, and aging.

Poly-MVA contains a unique lipoic acid mineral complex (LAMC) called a redox molecule, which is responsible for cellular energy transfers that protect and repair your DNA. This complex is bound to various B vitamins.

It is also irreversibly bound to palladium (Pd), a rare and expensive mineral.

Palladium provides the real “magic” – its “Superman” powers make it both fat- and water-soluble, enabling it to travel freely anywhere in the body, even through the blood-brain barrier (which makes this therapy exciting news for brain cancer patients).

Dr. Garnett discovered that palladium is an excellent catalyst for combining oxygen (O) and hydrogen (H). The metal can absorb more than 900 times its volume of hydrogen.

To briefly review high school science, the nucleotide is a critical building block of DNA – vital because of its role in controlling cell division and replication. A typical strand of DNA contains thousands of nucleotides.

A redox molecule is perfectly designed to accept and donate electrical charges. As such, it’s a highly effective energy-transferring molecule.

Poly-MVA boosts energy (ATP) production – ATP is the output of the little cellular batteries, mitochondria. At the same time, Poly-MVA disrupts faulty cell function – especially that of anaerobic cancer cells with improper oxygen pathways. Cancer in general is anaerobic, meaning it thrives in the absence of oxygen.

In a nutshell, this treatment seeks and destroys cancer cells, invigorates normal cells, repairs the damage cancer leaves in its tracks, and cleans up cancer cell debris. It also enables tumor shrinkage.

There aren’t many PubMed studies on Poly-MVA’s ability to fight cancer, but significant anecdotal evidence shows that it is safe and effective against various cancer cell lines, including childhood cancers. A number of integrative physicians embrace it for cancer treatment.

It has reportedly been used to treat cancers of the brain, bladder, breast, stomach, esophagus, colon, liver, lung, ovary, pancreas, prostate, and testis, as well as lymphoma and multiple myeloma. The company’s website features a huge number of testimonials (https://polymva.com/testimonials/), including from medical doctors, and I have personally spoken with representatives of the company and satisfied patients many times.

This remedy is safe, well-known, and well-attested. It’s not some new, unproven thing. It’s one of the steady workhorses of alternative cancer treatment.

As an adjunct to conventional treatments, studies show it reduces negative side effects of radiation and chemotherapy, while improving quality of life for the patient.1,2,3

Patient energy levels tend to hit rock bottom during chemo and radiation, but Poly-MVA boosts energy levels, while restoring nutrients that are pummeled during these treatments.

Studies also support Poly-MVA use for preventive reasons, as well as for treatment of non-cancerous conditions…

Pros and cons of Poly-MVA

Despite the dearth of studies showing Poly-MVA’s ability to fight cancer, it stands to reason that if cancer is a vitamin deficiency or metabolic disease, flooding your cells with nutrients makes a great deal of sense, in order to:

Due to its liquid (or IV) form, it’s fast-acting and quickly absorbed. Some people report dramatic improvements in just a couple of weeks. To maximize its effectiveness, authorities recommend taking it in split doses three to four times per day.

Although generally safe and well-tolerated, Poly-MVA does have a downside or two.

For one, it tastes medicinal – bitter, salty, with a B-vitamin taste. There are no sugars or flavors to make it taste sweeter. You can try to mask it by taking it with juice, coffee, tea, or water. The taste seems like a small price to pay for a proven wonder.

Second, it’s pricey, at $195 per bottle. How long a bottle lasts depends on which dosage is appropriate for you. To be fair, what drives up the expense is palladium – a precious metal like gold, silver and platinum. In fact, palladium is even more expensive than platinum.

Finally, it makes no sense to take Poly-MVA while consuming a diet of no-nutrient junk food. You have to change your lifestyle. If you don’t, all bets are off.

Remember what I said: There’s no magic bullet for cancer. People who beat cancer do ten or dozen different things at once – preferably under the direction of a skilled practitioner, although patients can and do beat cancer at home.

How to get your hands on Poly-MVA

Poly-MVA is available both intravenously through a practitioner and as a liquid oral supplement. Many doctors prefer to start with the intravenous form, then switch to oral later.

Looking for a practitioner who can help you with Poly-MVA? Visit this page for a list of doctors: https://polymva.com/doctors-directory/. You can buy the treatment at the same website, or on Amazon.