This Vitamin Can Lower Your Cancer Risk 49 Percent! – Cancer Defeated

This Vitamin Can Lower Your Cancer Risk 49 Percent! 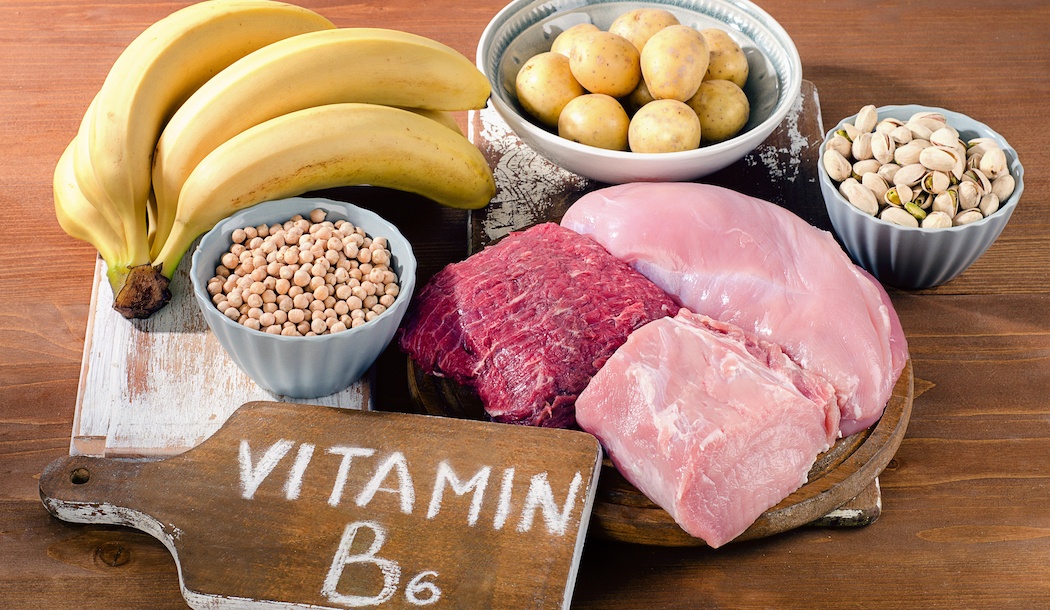 A simple vitamin has been shown to provide a natural defense against cancers of the breast, colon, lung and many others. It’s remarkable that just one vitamin can do so much. Keep reading…

To reduce your cancer risk and improve your overall health, make sure you’re getting plenty of vitamin B6– the HELPER vitamin!

Your body uses B6 in a variety of important ways, including to:

Even more exciting are the numerous studies that suggest higher blood levels of B6 could also reduce your cancer risk of certain cancers by 49 percent or more.

A gift from God for colon health?

It has been said that death begins in the colon… and for good reason. Your colon’s job is to change liquid waste into a solid form to be expelled from your body.

If anything disrupts this process—it can mean pounds of rotting waste will fester in your bowels. Talk about a breeding ground for diseases such as cancer!

But once again, nature provides a potent cancer shield for your colon. A study published in the Journal of the American Medical Association analyzed results of nine different studies focused on the relationship between vitamin B6 and colorectal cancer risk.

The researchers concentrated on the active form of the vitamin, which is called pyridoxal 5-phosphate or P5P for short. Their goal was to see how P5P blood levels affected cancer risk.

The researchers concluded that for every 100 pmol/mL increase in P5P levels, the risk of getting colorectal cancer dropped an amazing 49 percent!

The study authors thought this may be tied to the role of B6 in DNA synthesis and repair. Their theory was that low P5P levels are more likely to allow cancer to form. But one curious finding was that vitamin B6 intake didn’t appear to have the same impact on colorectal cancer risk as P5P, the vitamin’s active form. This could be due to the fact that people have differing abilities to convert B6 to P5P.

Supposedly, most people can digest and convert B6 just fine. It’s pretty rare for someone to need pure P5P.

The authors of another study, published in the World Journal of Gastroenterology, wrote, “Published studies of plasma pyridoxal 5′-phosphate [P5P] levels consistently support an approximately 30 percent to 50 percent reduction in risk of colorectal cancer comparing high with low concentrations.” The authors note that studies of B6, on the other hand, don’t always show such dramatic results. So it seems you’d need to take P5P to ensure the desired result.

Vitamin B6 can also help prevent cancers of the lung and breast.

Results from one study published in the Journal of the American Medical Association compared 899 lung cancer patients with a group of 1,770 healthy participants in the large European Prospective Investigation into Cancer and Nutrition (EPIC) study.

After taking smoking habits into account, the researchers found that people with the highest vitamin B6 levels had a whopping 56 percent reduction in lung cancer risk, compared to those with the lowest levels!

A group of researchers from the Harvard School of Public Health noted a similar association when examining the vitamin B6 levels of breast cancer patients.

There’s more. Another study, published in the Journal of the National Cancer Institute, reported that higher blood plasma levels of folate and B6 appeared to reduce the risk of developing breast cancer.

Although scientists say evidence for the link between vitamin B6 and breast cancer is mixed, anything that might help reduce the estimated 42,000 breast cancer deaths each year in the U.S. is a very good thing!

By the way, if you think breast cancer only affects women, you’d be wrong. While it’s rare for men to get breast cancer, and even rarer for them to die from it (500 male deaths a year), they can fall victim to this brutal disease.

Vitamin B6 plays a critical role in cell formation. Because skin tissue regenerates quickly, it can be one of the first telltale signs of a B6 deficiency. In fact, skin disorders such as eczema and seborrhea have been linked to insufficient B6 in the diet.

If you’re interested in boosting your vitamin B6 intake, there are plenty of food sources to explore. Some excellent choices include:

Remember, your body has to be effective at digesting and converting the B6 into P5P for optimal colon health. If you don’t want to leave this to chance, you can purchase P5P supplements. At one time the company Medicure Pharma tried to manipulate the Food and Drug Administration (FDA) into snatching this natural coenzyme off the market, however, it’s still available.

As you can imagine, the drug company wants the FDA to ban sales of the P5P nutrient so they can chemically alter it and sell it as a drug. Why go natural when you can have a heaping helping of chemicals coursing through your veins?

In any case, bulking up on healthy foods rich in vitamin B6 may be an important first step in building your defenses against cancer.