To Kill Cancer, Turn Up the Heat – Cancer Defeated

To Kill Cancer, Turn Up the Heat 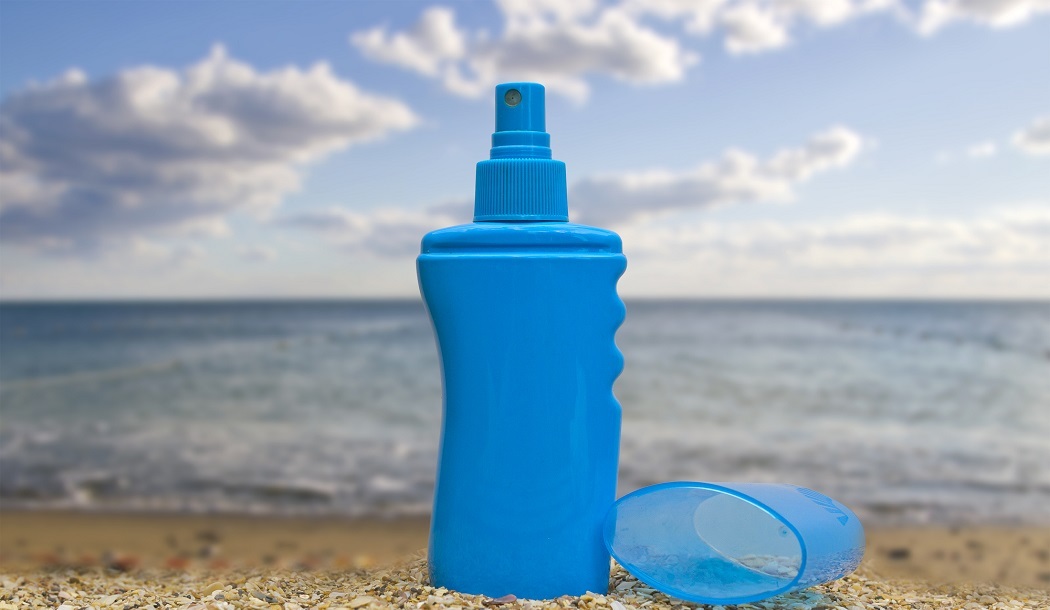 More than 5,000 years ago, doctors in Egypt used heat to treat cancer.

I’ve written about this many times. In fact, this approach was one of the first I learned about 15 years ago when I started reporting on alternative cancer treatments. I said then that it was one of the ten best, and that is still my opinion.

How can you take advantage? The best-known treatments for applying heat are hyperthermia and infrared saunas.

But recently I learned a Japanese schoolteacher created another, little-known method, which uses heat to not only heal cancer, but to diagnose it. It’s called Onnetsu (comfortable heat) therapy. And it’s available in the United States, although you may have to travel.

It was only in retirement that Tomeko Mitsui decided to study Traditional Chinese Medicine.

In the course of her inquiries, she discovered the benefits of moxibustion. This involves the burning of herbs on the skin at acupuncture points, before the needles are inserted. The idea is to just warm the skin – the burning herbs are removed before the flame reaches the skin and burns it.

Ms. Mistui was impressed with the effects, and decided to focus on a more convenient way to apply heat to the patient by using a device similar to an electric iron.

In the late 1980s, after continued experimentation, she created a far-infrared (FIR) therapy device to send heat deep into the tissues. FIR takes advantage of a subdivision of the electromagnetic spectrum that transfers energy in the form of heat.

After she passed away, her work was continued and expanded by Dr. Kazuko Tatsumura, who got on board after witnessing first-hand the remarkable results of the therapy.

The world of natural healing was fortunate this accomplished pianist, composer, cultural impresario, humanitarian and philanthropist decided to take an interest, and become qualified, in Oriental Traditional Medicine. She formed the not-for-profit GAIA Holistic Center in New York after 9/11, using traditional healing methods based on the wisdom of the East.

Oriental medicine sees the universe, including planet earth, as an intricate, interdependent, interconnected web of relationships that involves constantly moving energy and matter.

The human body is a microcosm of this philosophy whereby trillions of cells seek to cooperate with each other to create balance and harmony. Onnetsu therapy (OT) aims to restore this harmony in a holistic way when it gets out of balance in an unhealthy body.

OT, as developed by Dr. Tatsumura, is based on four ideas:

Far-Infrared radiation and other natural vibrations. Part of the sun’s energy is in the invisible, infrared band of the light spectrum.

Research by NASA in the 1960s found that infrared rays in the range of two to 25 microns are necessary to grow and maintain life. Dr. Tatsumura has found that a narrower range of 8-10 microns is optimal for healing and rejuvenation.

Some corroboration for the general idea comes from Japanese scientists who have found that teraherz (ultra-high frequency) quantum waves are produced by practitioners of Qigong in generating Qi (universal life-force) energy. According to reports, scientists have used minerals such as volcanic rocks to artificially make waves from this part of the spectrum.

According to Dr. Tatsumura, teraherz waves resonate with healthy human cells, have a high antioxidant effect and can effectively eliminate waste products. They are able to activate cells deep in the body, where they produce powerful healing effects and create an environment in which malignant cells cannot survive.

Support for her statements comes from Hiroki Shima, MD, PhD, President of the SHIMA Institution for quantum medicine, and Professor emeritus of the Hyogo College of Medicine.

He has investigated the healing power of terahertz rays for the human body and published research demonstrating that far infrared rays in this range inhibit the growth of human prostate cancer cells.

Body temperature. A healthy person has to maintain an inner body temperature of 97.7 to 98.6º F. The Japanese have long believed that unhealthy cells are cold and their temperature must be raised. Cancer, they say, thrives at 95º but dies at 107º. (The latter has been independently confirmed.)

It’s been traditional Japanese practice to heat the inner body by taking a daily hot bath, drink regular cups of tea and warm the feet.

Elizabeth Pepasky from Roswell Park Cancer Institute in New York demonstrated in mice that cold conditions boost the growth of several types of cancer. Compared to healthy mice, those with tumors choose environments with the hottest temperatures.

Balance. This concept is reflected in the work of the late Dr. Toru Abo, professor of immunology at Nigata University School of Medicine in Japan.

He made many new discoveries in his career, the most widely known being the “Regulation of Leukocytes by the Autonomic Nervous System.”

He showed that in health, the correct percentages of white blood cells should be 60% granulocytes (neutrophils, eosinophils, basophils, mast cells) 35% lymphocytes (T cells, B cells, natural killer cells) and 5% macrophages.

If the body is in a state of too much stress (or relaxation), the two sides of the nervous system – sympathetic and parasympathetic – fall out of balance leading to a change in the ratio of leukocytes. Any significant change will lead to disease.

Promoting the flow of energy. This concept calls for using the ideas of acupuncture — but without the needles — to encourage blood, oxygen, lymph and Qi flows, and to ensure a balance between yin and yang organs according to ideas of Oriental Traditional Medicine.

The liver (yin), for instance, must be balanced with the gallbladder (yang). These in turn influence other organs in the body.

The main tool used to carry out Onnetsu Therapy (OT) is a platinum Onnetsuki, a handheld device which utilizes a microprocessor-controlled assembly having a heater and a ceramic plate. It emits a far-infrared wavelength of 8-10 microns and a terahertz frequency vibration. A version embedded in a mat is also available.

When the Onnetsuki is slid along the skin, the patient’s reaction is vital. Healthy areas are comfortable but when the patient cries “ouch” or “hot,” it means unhealthy cells are present up to 12 inches beneath the surface.

Although the patient feels great heat, what’s actually happened is the device has located an unhealthy cold area. As the “hot spot” is treated, the heat sensation gradually subsides and the patient’s clinical condition improves.

The therapy takes 40 to 60 minutes to apply. For cancer this is continued daily for at least three weeks, after which the body should be able to self-heal.

OT has been applied in a very wide range of health conditions including cancer.

Dr. Tatsumura gives brief examples of the treatment in three cancer patients in the Open Access Journal of Oncology.

Female patient with stage 4 brain cancer: At the start of the treatment white blood cells were completely out of sync. Granulocytes were at 86.4%, lymphocytes at 7.2% and macrophages (which are much less critical) at 6.4%. After two weeks the percentages improved to 67.3, 22.4, and 10.3. After three weeks there was further improvement to a near-normal 61.5, 31.3, and 7.3, and she became cancer free after three months.

Patient with breast cancer: A 69-year-old thought to have just a short time to live came to the practitioner with a six-inch diameter tumor. After two weeks of treatment a major portion of the tumor fell away and she started to feel better.

In that time she also slept on the Onnetsu Mat. This keeps the body warm and gives the body constant treatment. The mat is considered indispensable for cancer patients because their bodies are always cold. This patient’s granulocyte/lymphocyte ratio improved from 80.5%/6.6% to 65.3%/15.1% two months later. The article includes before and after photographs.

Stage 4 melanoma: Photographs show an improvement in the patient’s skin at one week and then after three weeks of OT. The article describes the patient as doing very well five years later.

An unorthodox concept explained by Dr. Tatsumura in the Journal of Oncology Research and Treatment is the misconception, as she sees it, that metastasis is a sign of worsening cancer. Just the opposite — it shows the body is healing.

She writes, “Thanks to the research of Dr. Minoru Fukuda, we have confirmed that cancer tends to move when the number of lymphocytes increase. The cancer spreads in order to survive when it’s attacked by lymphocytes.

“Our group has experienced many cases in which cancers naturally recede after spreading. Metastasis is not scary — it is a sign of healing.

“When cancer spreads, check your lymphocyte count. If the number has increased, it means you’re fighting the cancer with your body’s healing power.”

According to Dr. Tatsumura, people get stressed out and feel desperate when they are told the disease has spread. This creates an even greater imbalance in the autonomic nervous system and worsens the condition.

The treatment is easy, fast acting, non-invasive and has no side effects other than healing reactions. Based merely on the description I’ve published here, I would agree that all this sounds true. I can’t confirm that it’s effective but it certainly sounds safe.

Dr. Tatsumura has traveled widely teaching OT not just in the US but to 70 medical doctors in Cuba as well as natural therapists in the rest of Latin America and other countries where, she claims, it’s being used successfully in clinics and hospitals.

The Foundation for Alternative and Integrative Medicine (FAIM), which aims to identify breakthrough integrative and alternative therapies, was able to get approval to carry out several studies. The results of their work and others conducted in Cuba prompted them to write:

“One day, the world will take notice of this therapy, too basic for the ivory towers of medicine…a gift to humanity.”

No website lists where therapists can be found ,but there are several centers and practitioners in New York, and the US Onnetsu Therapy Center is based in Duluth, Georgia, a suburb of Atlanta.

Acupuncturists are the most likely group to have received training in OT, so it’s worth contacting your local therapist.