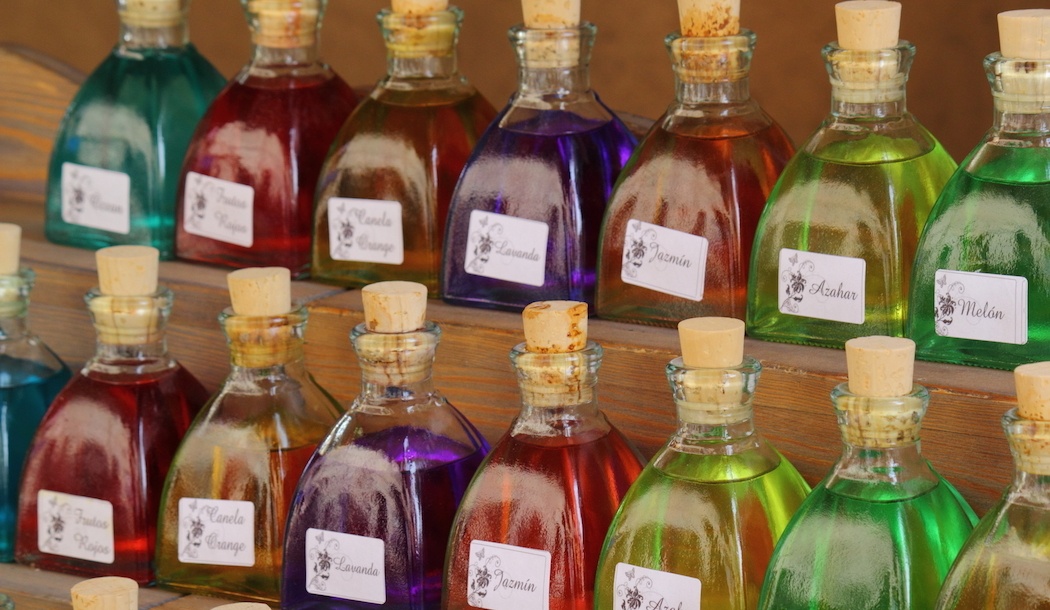 It sounds bizarre – but we may soon be able to treat certain cancers by merely smelling a particular scent.

Studies now show that certain odors may inhibit cancer, while others may actually promote the disease. And this research is revealing intriguing characteristics of cancer that scientists never suspected till now. . .

Consider the fact that a study in Germany demonstrates how scents from essential oils may affect cancer and other health conditions.

There’s never been any doubt that essential oils possess potent biological properties. The German researchers note that plants create these substances to protect themselves from bacteria, viruses and fungi.

And now German scientists at Ruhr-University Bochum have discovered that a common component of these oils, a class of chemicals known as terpenes, can inhibit the growth and spread of cancer cells.1

In plants — and in our bodies — terpenes can set off what are called “signalling” processes in cells, processes that change cells’ activities. They do this by interacting with olfactory receptors.

Now, in our bodies, olfactory receptors are mainly found in the nose – as you might guess — where they are activated when smells waft into our nasal passages. They help us identify odors.

But here’s something that was news to me: olfactory receptors are found in other parts of the body besides the nose.

Receptors of this type occur in a wide range of organs including the prostate gland, the skin and even in sperm. Consequently, the terpenes from essential oils can influence what happens in any organ that contains olfactory receptors.

Plus, researchers have found that terpenes influence the development and spread of cancer.

When the German researchers tested eleven terpenes found in essential oils they found that two of them could potentially slow the growth of liver cancer cells. The most intriguing of these two was citronellal, which is contained in citrus essential oil.

Other essential oils have the potential to protect the lungs and liver from the carcinogenic effects of air pollution, according to research in France. These tests show that essential oil compounds can limit the inflammatory – and potentially cancer-causing – results of inhaling the dirty particles in the air of most urban areas.

According to this study, some of the most beneficial compounds are classified as phenylpropanoids, which include:

The French scientists discovered that these compounds could reduce inflammatory chemicals released by immune cells by up to 96 percent.

“The findings provide the first evidence that natural essential oil components counteract the inflammatory effects of particulate matter, such as that contained in polluted air,” says researcher Miriana Kfoury.

Sandalwood, a popular scent, is another essential oil that can protect against inflammation.

A study in Europe shows that skin cells have olfactory receptors that connect to the molecules conveying the sandalwood scent. When these receptors are activated, they speed the rate of wound healing.

However, while essential oils may be beneficial in the fight against cancer, certain other odors, say researchers at University of Southern California, may be dangerous for women with breast and ovarian cancer.

Lab tests show that in women who have a genetic predisposition to breast cancer and ovarian cancer, certain odors encountered during menstruation may stimulate the development of tumors. It’s possible that these women, who have what’s called the BRCA1 gene mutation, may have a sharper sense of smell.

According to this research, these odors – the lab tests indicate they may be related to odors released by the male body – may activate olfactory receptors in the ovaries that contribute to both types of cancer growth.4

“This research indicates that a better sense of smell may contribute to the elevated cancer risk of women with BRCA1 mutations,” says researcher Louis Dubeau, a full professor of pathology. “We found that the presence of the mutation in the ovary mediated a stronger response to scent, implying that the mutation may influence the menstrual cycle, which in turn is an established risk factor for breast and ovarian cancer.”

Professor Dubeau believes that it may be possible to develop treatments for cancer that are based on smell. But more research needs to be done to better understand exactly how smell affects the growth of cancer.

“We’ve known for a long time that smell receptors are expressed in all kinds of tissues, but we know very little about what these receptors do outside of the nose,” Prof. Dubeau says.

The smell of cancer

We’ve written in previous issues that cancer cells themselves give off scents that can be used to diagnose the presence of cancer.

The latest thing along these lines is a study that involved researchers in Arkansas and Alabama. They showed that dogs can be trained to detect thyroid cancer by sniffing people’s urine. These tests demonstrate that the dogs were just about as accurate as tests that involved uncomfortable, sometimes risky, invasive procedures.5

“Current diagnostic procedures for thyroid cancer often yield uncertain results, leading to recurrent medical procedures and a large number of thyroid surgeries performed unnecessarily,” says researcher Donald Bodenner, who is the chief of endocrine oncology at the University of Arkansas for Medical Sciences (UAMS) in Little Rock. “Scent-trained canines could be used by physicians to detect the presence of thyroid cancer at an early stage and to avoid surgery when unwarranted.”

1. Melanoma: Tests at the Monell Chemical Senses Center shows that this deadly type of skin cancer gives off a “unique odor signature” that could be used to diagnose its development.6

3. Prostate cancer: According to researchers in Virginia, some dogs can be trained to sniff out prostate cancer from urine samples with an accuracy rate of 97 percent. These scientists are using gas chromatography-mass spectrometry to develop a machine that can do what the dogs do.8

It’s pretty evident that the odors given off by cancers and other diseases will soon be diagnostic tools. And I just came across a report that researchers in Japan are developing a breath analyzer to test people for lung cancer.9 As soon as more findings are reported and the technology advances, I’ll be sure to let you know.