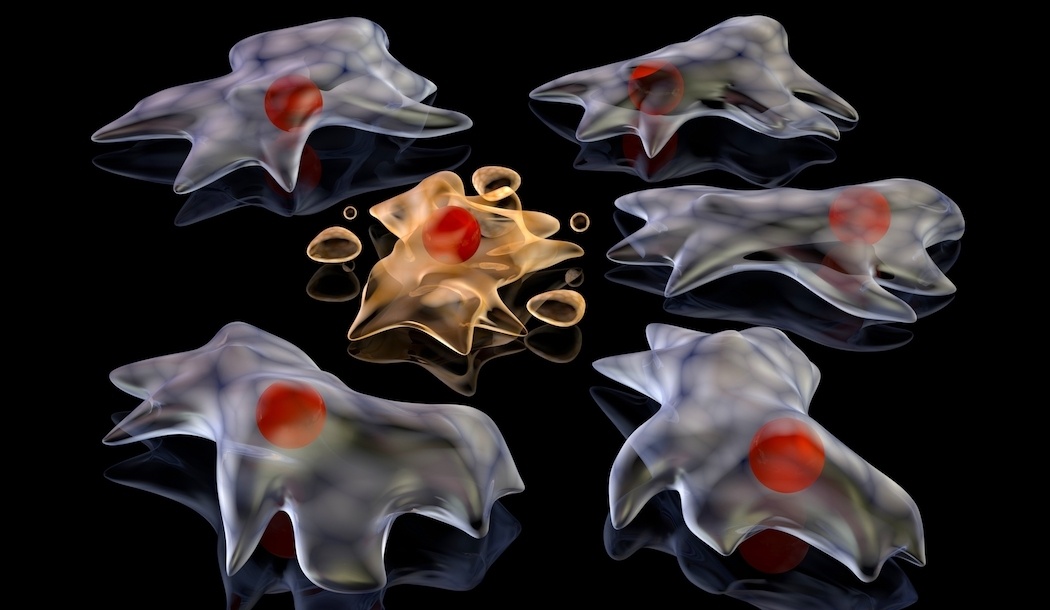 It’s all over the Internet that your body regenerates itself every seven years or so. But is that really true?

Not so much. At least not in the way you might think.

Like most popular myths, it has a tiny grain of truth to it. Many systems in your body do boast regenerative cycles – a process called cellular regeneration.

This is how you grew and developed in your formative years, and how you avoid premature aging and death in your older years.

But it’s by no means a simple seven-year rotation.

Your body has 50 to 75 trillion cells. But some organs suffer extreme wear and tear, so they degenerate (and hopefully rebuild themselves, too) at a faster pace than organs that have fewer demands placed on them.

In other words, each body part has its own unique lifespan. Typically,
you get:

But some parts get a fresh start much more often – like these:

And then there are organs and other parts that you keep for a lifetime – so guard them carefully:

But even though some of your body has been around since you were born, quite a bit of it is brand spanking new. Why doesn’t all this regeneration keep us alive forever?

Fortunately, you can maximize your support of these regenerative cycles to help them continue to function well… right into old age. Here’s how. . .

You may think it’s bad for your cells to die. But that’s not always the case.

There’s good cell death and bad cell death, and it’s critical to know the difference. It’s not good for your cells to die from injury or disease… for example, from an accident, virus or bacteria, harmful chemical, or toxin.

At the same time, it’s important that some of your cells do die — as long as it’s not a random act, but a carefully controlled death… allowed to happen for the good of the whole.

The neat way vs. the messy way

The process called apoptosis – the natural death of a cell – is triggered when certain events take place.

It’s an orderly process whereby the cell shrinks and develops bubble-like protrusions called blebs on its surface. The DNA contained in the nucleus, and other parts of the cell too, are split up into tiny pieces, each neatly encased by a membrane.

These pieces release signals that summon debris-eating cells called phagocytes… which come in and sweep up the pieces. Macrophages are a familiar type of phagocyte. They basically eat stuff your body needs to get rid of. And the dead or dying cell sends them an invitation to come for dinner.

Apoptosis is a convenient way to remove cells that are damaged and no longer useful to your body. It can also help maintain internal balance and make way for new cells.

Necrosis, on the other hand, is the messy way for cells to die. It’s disruptive.

When an injury, toxin, or pathogen damages a cell, holes in the cell membrane allow the contents to spill out. The cell “spills its guts” as it dies. This triggers inflammation in all the surrounding tissues.

Malfunctioning cells – precancerous cells with some kind of damage or infectious pathogens – pose a very real threat to your health.

If your DNA is harmed, the cell tries to repair the damage internally. When the damage is beyond repair, the cell triggers apoptosis to avoid passing on its damaged DNA to other cells. A sacrificial death.

But some precancerous cells don’t trigger their own suicide. In these cases, immune cells send a separate, external apoptosis signal.

Unfortunately, cancer cells sometimes manage to evade both apoptosis signals, and divide and spread like crazy.

These cells don’t go rogue like cancer cells,
but they still promote disease

It’s kind of like when you buy new clothes but don’t get rid of the old stuff in your closet. Now you have an overflowing closet and can’t find anything you need.

Senescent (senile) cells are the “old clothes” that serve no useful purpose. They’re supposed to die, but refuse to do so. As they accumulate, they clog things up, become toxic, and wreak havoc.

Though they don’t replicate like cancer cells, they have a dark nature – one that secretes a cocktail of foul factors that poison the surrounding tissue. These secretions inflict widespread inflammatory damage to your body, which leads to the development of inflammatory diseases, including cancer.

So the question becomes how to rid your body of those aging senescent cells to pave the way for fresh new cells. This is critical to slowing the aging process and slashing your risk of disease.

How to target senescent cells

Unlike healthy cells, cancer cells evade apoptosis and make themselves “immortal.” They lose the ability to die off or stop their out-of-control replication. Deliberately inducing senescence in cancer cells is a potentially effective way to slow or stop tumor growth.

It replaces rapid cell proliferation with suitable growth rates. But didn’t I just say senescent cells are bad, too?

Yes, piling up mountains of cranky old cells in your body doesn’t do you any favors either, as they disrupt tissue structures and function because of their toxic secretions.

Both scenarios can trigger or agitate cancer.

Not surprisingly, biotech companies are in a frenzy to create drugs that’ll quickly clear the zombie senescent cells from your body, whether they’re senescent cancer cell or the less harmful type of senescent cell – the “old clothes” that just clutter things up.

But, as we often say in these pages, why wait for a drug? Researchers have already discovered two natural compounds that, when combined, accomplish the same goal.

They purge aging cells without harming healthy ones.

Tocotrienols, lesser-known members of the vitamin E family, are emerging as the ideal anti-zombie-cell godsend.

Tocotrienols may be some of nature’s ideal anti-aging compounds, due to their ability to impact cellular senescence.

Taking it a step further, studies show benefits from combining tocotrienols with quercetin, a flavonol commonly found in fruits and veggies.6,7

Tocotrienols seem to accelerate the destruction of cancer cells, and combined with quercetin, they also help remove unwanted zombie cells.

Wondering how much to take?

I’m always cautious about dosage recommendations. Often the research is limited and it’s hard to be sure what the ideal dose is. But Life Extension Magazine offers the following advice.12

If you haven’t previously taken quercetin, take 500 to 800 mg per day for three months to purge senile cells, then drop to a maintenance dose of 150 mg per day.

Take about 150 mg per day of palm-derived tocotrienols for the first three months, then maintain at 100 mg per day.

Note that at the time this recommendation was published in late 2016, tocotrienols’ anti-senescence properties had been seen only in cell and animal studies, so we don’t have the human studies needed to prove this.

One final caveat: if you take anti-blood clotting meds (warfarin is a common one), then consult your doctor before taking these doses of tocotrienols or quercetin.