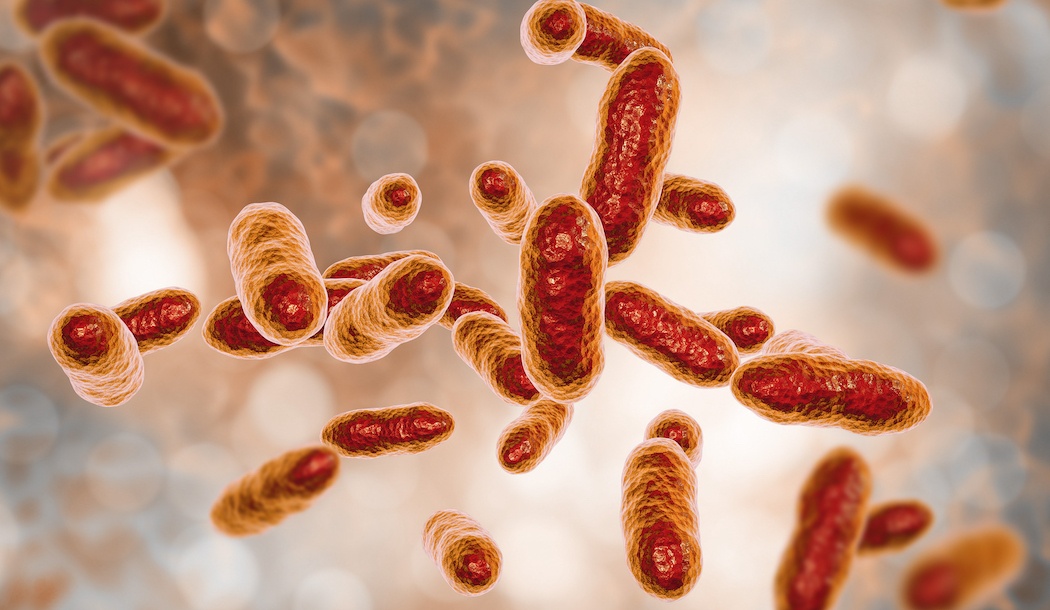 Salmonella bacteria is a serious health threat that’s been linked to severe illness and even death. But over the last decade this deadly little bacterium has been at the forefront of the “germ warfare” theory in cancer treatment.

The theory? Utilize powerful bacteria to kill cancer and save lives. Here’s the latest…

A researcher at the University of Massachusetts Amherst was among the first modern day researchers to perform groundbreaking work using Salmonella bacteria to destroy cancerous tumors back in 2008. We reported on his findings then. Neil Forbes’ discoveries were intriguing enough to make the government open its checkbook, and award the doctor a four-year research grant worth over $1 million.

Dr. Forbes’ idea is to eliminate the toxic elements of Salmonella, then outfit each bacterium with the means to carry cancer drugs. The “souped up” Salmonella would be programmed to pump drugs directly into cancer cells to disable them.

Dr. Forbes and his research team produced a technique for “controlling where (salmonella) go, what chemical we want them to make, and when they make it.”1

This means Salmonella could be used to penetrate parts of cancerous tumors that chemotherapy drugs can’t reach.

The University of Massachusetts Amherst researchers have performed the procedure successfully in cancerous laboratory mice with dramatic results. For example, Dr. Forbes said it’s normal for mice with tumors to die within 30 days. But animals that received the special Salmonella, along with a dose of radiation, all survived beyond the 30 days!

The group speculated this could mean an increase in life expectancy of several months or even years in people with cancerous tumors.

Since Dr. Forbes’ first research studies, more investigations have been done in this “germ warfare”, known as bacterial-mediated cancer therapy (BMCT). Salmonella has been recommended to specifically colonize and proliferate inside tumors and even inhibit tumor growth. Salmonella typhimurium (S. typhimurium) is one of the most promising mediators, because it can be easily manipulated. S. typhimurium has been engineered and designed to be combined with chemotherapy and radiotherapy. This treatment has also been approved by the FDA for clinical trial.

Of course, using bacteria against cancer is nothing new.

Bacterial cancer treatments
have been around for a long time

Scientists have known for more than 150 years that bacteria could destroy cancerous tumors.

However, the mechanism is different from what the University of Massachusetts research team described. Dr. Coley’s treatments, which came to be called “Coley’s toxins,” kill cancer cells by inducing a high fever in the patient. Cancer cells can’t survive the high body temperature, but healthy cells remain unharmed.

Unfortunately, early attempts at using bacteria to treat cancer produced toxic side effects in some patients and earned the wrath of the mainstream medical community.

A safe modern-day descendant of Coley’s toxins is hyperthermia treatment. In hyperthermia, the doctor raises the body temperature by other means, so the patient doesn’t have to take the risk of being infected with a disease that induces a fever—and a host of other symptoms. The fever is artificial and it’s all over in an hour or so.

In my opinion, modern-day hyperthermia is one of the most effective cancer therapies around. It’s widely used at well-known alternative cancer clinics in Mexico and Europe. Of course, hyperthermia is next to impossible to get in the United States. If you want to seek out this treatment, your best bet is to head south of the border, to Mexico.

A powerful protein plays the role of
“tumor terminator”!

Meanwhile, there’s another cancer treatment involving bacteria. In 2002, researchers at the University of Illinois at Chicago (UIC) first managed to isolate a bacterial protein that kills cancer cells—with no harmful side effects.2

According to study results published in the Proceedings of the National Academy of Sciences, the potential cancer killer is the protein azurin that’s secreted by the Pseudomonas aeruginosa bacterium.3

Azurin is known to play a role in the daily process cells use to generate energy. But the Chicago researchers discovered it could be a powerful weapon in the war to eliminate cancer.

Pseudomonas aeruginosa is an antibiotic-resistant bacterium that can cause respiratory infections. The germ can kill your body’s macrophages—which your immune system uses as a first line of defense against harmful invaders.

In the UIC study, mice implanted with human melanoma received half a milligram of azurin daily for 22 days. Note that the mice didn’t receive live bacteria, just the cancer-killing substance the bacteria produce.

Researchers found that these mice had an average tumor size that was 60 percent smaller at the end of the trial than those in untreated mice. Plus, none of the mice showed any signs of weight loss or illness.

According to study investigator Ananda Chakrabarty, UIC distinguished professor of microbiology and immunology, azurin could be an effective treatment for cancers, HIV/AIDS, parasites and viral infections.4

As far as I can tell, the research into azurin is still in the early stages. More recent studies have found that azurin can kill breast cancer cells and lung cancer cells.5

Let’s hope the research continues. If so, it’s only a matter of time before bacterial-mediated cancer therapy becomes available. I’ll keep you posted.