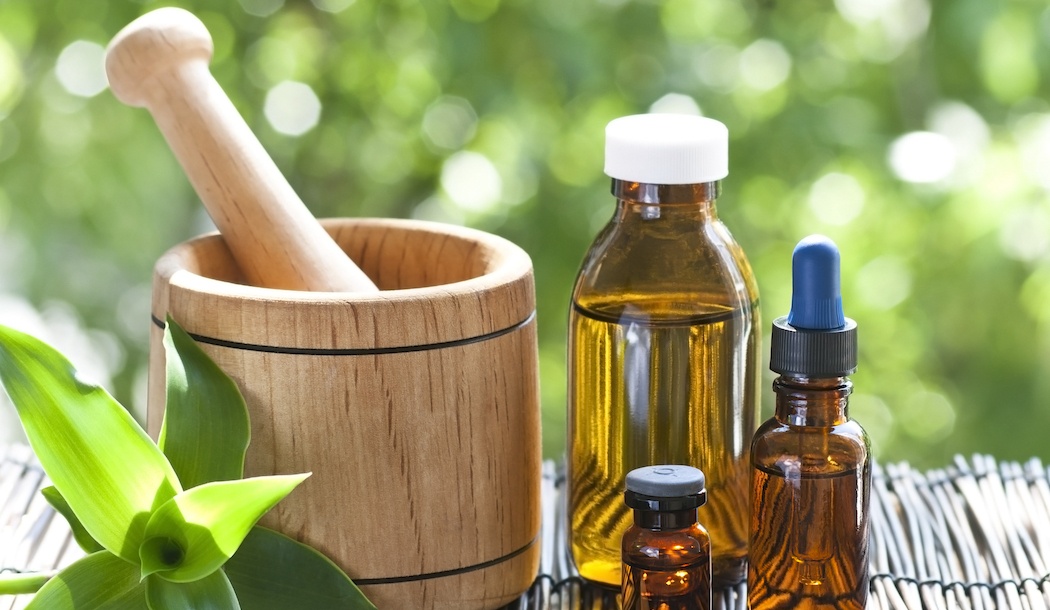 When 81-year-old Trish Coleman of British Columbia was diagnosed with pancreatic cancer, she was given four to six months to live, with no hope of a cure or even a treatment.

She turned to a homeopathic doctor. Six months later, she felt better than she had in months.

Ms. Coleman is part of a trend of cancer sufferers using homeopathy, which is based on the principle that “like cures like.” While it’s scorned by conventional oncologists, there’s good evidence it does work for some people. Let’s take a look. . .

The homeopathic system of medicine is generally credited to German physician Samuel Hahnemann, who pioneered it in 1796, though some people credit Hippocrates for originating the concept in 400 BC.

The premise of homeopathy is that if a large dose of a substance causes a disease-like symptom, very small doses of the same substance will cure it. For example, a cold might be treated with a plant extract that produces symptoms similar to those of a cold — but the treatment will utilize a very small amount of extract dissolved in water. Or poison ivy might be treated with tiny amounts of a plant that makes you itch — again, diluted in water.

Most homeopathic remedies are water-based and contain microscopic amounts of plants, minerals, chemicals, or animal products — all of which occur naturally.

Roland Guenther, M.D., the doctor who treated Trish Coleman, explains, saying “Homeopathy is a treatment with remedies that are made from substances of nature that still carry the energy of these substances.”

As Dr. Guenther’s statement might suggest, there’s a spiritual element to homeopathy. Dr. Hahnemann himself believed diseases had both spiritual and physical causes. Many homeopathic treatments are believed to carry certain energies and vibrations, based on the plants or material they come in contact with.

There has to be an “energy” or “spiritual” explanation for homeopathy, because most of the remedies are so diluted they’re actually pure water. There isn’t a single molecule left of the plant extract (although there is a significant amount of extract present before the dilution process begins).

This makes homeopathy very “unscientific” indeed — if you ignore the many clinical studies that suggest it works. Maybe the remedies are just water, but apparently that water has something special going for it.

In my experience, some kinds of energy medicine are effective, but mainstream scientists can’t explain why, so they chalk it up to the placebo effect. You have to realize a great deal of so-called science is “parascience” — the people who call the shots exclude from consideration any evidence that doesn’t fit what they believe “must” be true.

As a cancer treatment, homeopathy’s first benefit is that it does no harm. That’s a far cry from the havoc wreaked by chemotherapy and radiation therapy. But besides simply doing no harm, homeopathy shows measureable results in rigorous studies. In some cases, it not only makes cancer patients more comfortable, it also cures their disease.

How homeopathy treats the whole person

Increasingly, cancer survival stories that involve homeopathy are getting mainstream attention. Breast cancer survivor Devieka Bhojwani says homeopathy helped significantly with the side effects of radiation treatment. Then, there’s Norbert Varga of Philadelphia, who overcame a cancer scare using whole foods and homeopathy instead of opting for invasive cancer treatment. He was in remission for ten years and counting.

Advocates believe homeopathy heals the whole person and works in your body on a wholistic (or holistic) level. One theory is that homeopathic treatments operate through the same mechanism as the placebo effect, underscoring the role of the mind-body connection in overcoming disease.

Of course, doubters from the medical side wag their fingers and say there’s lack of evidence homeopathy is effective. But in reality, more than 150 randomized clinical trials (RTCs) have been conducted — 43 percent of which show positive evidence. Of those studies, 49 percent were inconclusive.

But here’s the thing. Randomized clinical trials measure the effectiveness of a therapy on a group of people, all of which are treated the same. But homeopathy works best when it’s tailored to the individual.

According to the British Homeopathic Association, “A homeopathic prescription is based not only on the symptoms of disease in the patient but also on a host of other factors that are particular to that patient, including lifestyle, emotional health, personality, eating habits, and medical history.”

Plus, most folks in randomized trials have to meet certain criteria to qualify. Those who fall outside the criteria — like older folks, children, pregnant women, and anyone with unusual medical issues — can’t be included in a gold-standard clinical trial. Yet these are the people who benefit most from homeopathic care!

The rest of the world is already
way ahead of the U.S.

In Germany, homeopathy is part of mainstream medical treatment. In the U.K., there are three homeopathic hospitals financed by the National Health Service — in London, Bristol, and Glasgow.

The Swiss Government even commissioned a report on homeopathy, concluding that the therapy has “real world effectiveness, is appropriately in demand by the Swiss population, is safe when prescribed by professional homoeopaths, and should be available to the Swiss public through the Federal Government …”

And India, with one of the most advanced biologic medicine development programs in the world, is a strong supporter of homeopathy.

On the other hand, there’s the U.S., where medical officials seem determined to put an end to anything not created synthetically in a lab, especially if it can’t be patented and marketed for big bucks.

Even so, it’s becoming more common to read about medical doctors who gave up or supplemented their original training to learn homeopathy. When asked why, the reason has a lot to do with wanting to cure illness instead of just treating symptoms.

One survey by the American Hospital Association found that 42 percent of U.S. hospitals offer one or more complementary or alternative therapies, including homeopathy. That number is rising. More medical schools now offer courses on homeopathy and other alternative therapies like acupuncture, yoga and nutrition. So at least there are signs of progress.

A study that appeared in an issue of the International Journal of Oncology showed positive results when treating breast cancer with homeopathy. The study showed it was possible to prompt apoptosis (cell death) in cancer cells using homeopathic medicine.

Still, while most mainstream cancer centers are not embracing homeopathy they are admitting that it can help patients with advanced, late stage cancers. What’s more, in a study published in the Journal of Experimental Oncology in 2019, researchers concluded that “Available data suggest that homeopathy has potency not only to treat various types of cancers but also to reduce the side effects caused by standard therapeutic modalities like chemotherapy, radiotherapy or surgery. Although homeopathy has been widely used for management of cancers, its efficacy is still under question.”

In addition, researchers at M.D. Anderson are also looking at the Banerji Protocol for cancer treatment. Developed by Doctors Prasanta and Pratip Banerji, it’s an approach to healing hypothyroidism with homeopathic medicine that has been proven safe and effective in clinical trials in India.

The Banerji approach uses modern diagnostic tools like X-rays and ultrasound to diagnose whether a patient has a disease, and then works to reverse the disease condition through homeopathy. But the difference from traditional homeopathy is that they use mixtures of remedies and frequent “repetitions” of the remedies, all personally tailored to the individual being treated.

Investigate homeopathic treatments if you have cancer

If you’re being treated for cancer in a restrictive hospital where complementary treatments are frowned on, don’t hesitate to broach the topic of homeopathy.

Remember, in the world of medicine, there are healers and there are body mechanics.

Your best bet for preventing or overcoming cancer is to find a practitioner who understands the interconnectedness of the human body and helps you supplement your individual health needs with safe, natural alternative treatments.