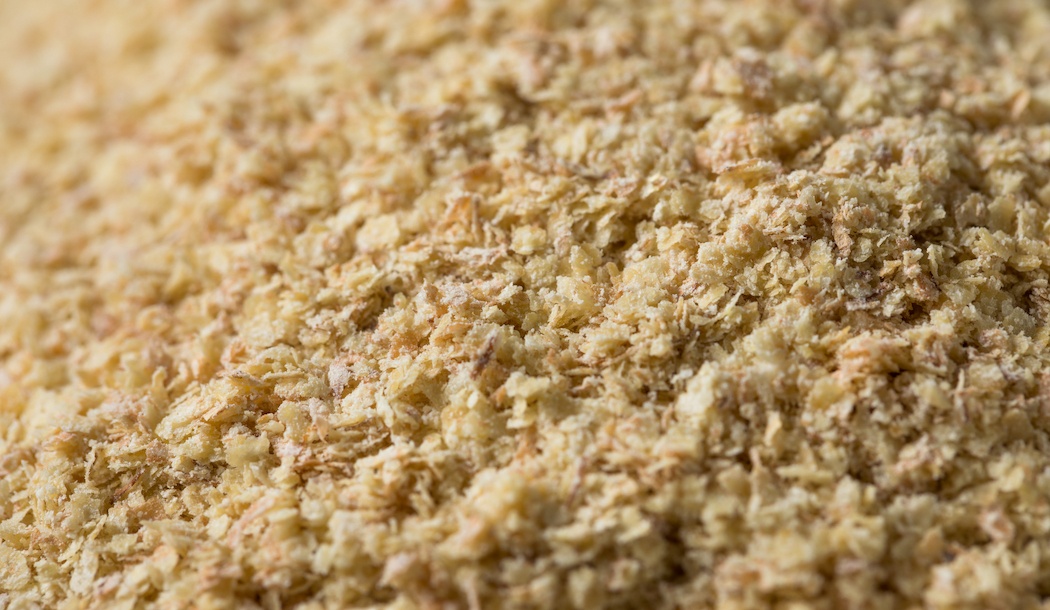 A Hungarian cancer researcher was almost finished with his investigation into a promising new cancer treatment when he ran out of money. Máté Hidvégi had already sold his car for funding and had nothing left to complete the research required for his new wheat germ treatment to gain approval for use in patients.

Being a religious man, he prayed to God with a promise to name his discovery after the Virgin Mary. The very next day financial support arrived, and he was able to finish his work.

Mr. Hidvégi kept his promise to God and named his wheat germ extract Avemar, from the Latin prayer Ave Maria. Today, it has helped countless cancer patients heal their cancers.

In his later life, Dr. Szent-Gyorgi turned his attention to cancer. He theorized that the disease could be attacked with vitamin C in combination with methoxy-substituted benzoquinones, whose precursors can be found in wheat germ.

A new way to attack cancer

Quinones play important roles in facilitating energy production in the mitochondria of cells. One example of this is the nutritional supplement CoQ10, also known as ubiquinone. Other examples are phylloquinone and menaquinone, better known as vitamins K1 and K2.

During the 1980s, Dr. Szent-Gyorgi wrote several papers on this approach to treating cancer with extracts of wheat germ and vitamin C. During his research, Dr. Szent-Gyorgi met Mr. Hidvégi through the latter’s grandfather, who was also a scientist and a friend of the Nobel-Prize winner.

After that meeting Mr. Hidvégi was determined to carry on Dr. Szent-Gyorgi’s research. He started by working at the Hungarian Grain Trust, and later spent two years in grain research in Canada. He also obtained the exact same compounds Dr. Szent-Gyorgi worked with, as well as the prestigious scientist’s notes after his death.

After seven years spent studying wheat germ at the University of Graz in Austria, Mr. Hidvégi finally found a way to liberate the benzoquinones from their chemical bonds in the wheat germ by developing a gentle fermentation process.

The result was a complex of multiple, biologically active molecules. They tested these at an internationally recognized cancer research institute in Budapest. After several months, Mr. Hidvégi realized that his “powder” appeared more effective at killing cancer cells than most of the drugs they’d been testing.

After two years, on December 12, 1995, he received a letter from the institute stating that his extract “is a potential remedy to inhibit the progression of cancer.” When this was published, interest in fermented wheat germ extract (FWGE) grew worldwide and studies have now been carried out in many countries.

Promising laboratory and human research followed, which prompted Nobel-winning biologist (and one of the founders of modern genetics) James Watson to invite Mr. Hidvégi to give a speech highlighting the research on Avemar to leading cancer researchers.

Here’s some of the research into Avemar’s remarkable success against cancer.

After nine months, three members of the control group saw the tumors spread and four died. Among the Avemar group, the tumor had not metastasized in any of the patients. The four patients who had metastases at the time of enrollment were described as being “in good physical condition with good performance status.” No patient in the Avemar group died.

In 2003, another larger trial in colorectal cancer patients revealed remarkable results. Researchers followed 170 patients who had conventional treatment, of which 66 also took the wheat germ extract.

Not only does Avemar appear to help the body beat colon cancer, but it can help fight all kinds of cancers.

Works against many different cancers

In the control group, cancer had returned within 4.2 months compared to the Avemar group’s 8.9 months.

The second trial of metastatic melanoma was similar, but in this one, patients were treated for an entire year and then followed for up to seven years.

Next, a research group from Italy studied Avemar plus conventional treatment in stage III and IV head and neck cancer patients. After reviewing research results, the Hungarian Association of Oral and Maxillofacial Surgeons wrote that head and neck tumors “can be slowed significantly, the five-year survival rate increased considerably [and] the quality of life improved…by the long-term application of…Avemar.”

The Italian researchers themselves were also pleased, writing that patients taking Avemar had “clinically significant improvement in the quality of life,” compared to control group patients.

Other researchers are echoing the Italian researchers’ findings that Avemar consistently improves the daily life of cancer patients.

A survey of lung cancer patients taking Avemar demonstrated that patients experienced a significant reduction in fatigue and enhancement in their overall state of health. There were also improvements in pain control, appetite and emotional wellbeing.

In breast cancer patients, a quality-of-life survey again demonstrated significant improvements in physical and emotional function, overall state of health, side effects such as nausea and vomiting, insomnia and constipation. Best of all, these improvements remained stable throughout the entire 32-month Avemar treatment period.

Even more exciting, the benefits aren’t just for adults.

When Avemar was tested in 11 children with solid (non-leukemic) tumors and compared to 11 control patients, the number of febrile neutropenic episodes in the Avemar group was 24.8 percent, compared to 43.4 percent among the controls.

The researchers described the findings as “surprisingly positive.”

It’s also worth noting that Avemar has been shown in the lab to also possess anti-tumor activity in the testis, prostate, thyroid, ovary, cervix, stomach, liver, pancreas, brain and blood, but so far these effects have not been tested in people.

What makes Avemar so effective?

Extensive laboratory research has shown that it acts in three main ways:

In 2018, after reviewing all the evidence from cancer cell lines, Italian researchers described Avemar as “a promising compound that can be integrated into or improve the current treatment of cancer.”

New Avemar extract could be even more potent

Last year, a collaboration between U.S. and Hungarian scientists, including Máté Hidvégi, explored Fraction A250, a highly concentrated form of the active compounds of Avemar in both culture and mice.

In a mouse model of melanoma, A250 held back tumor growth by 68 percent and increased survival by over 50 percent, and it achieved this by helping to restore mitochondrial function.

The scientists wrote that cancer is considered by some to be a “mitochondriopathy”—or a dysfunction of mitochondria—so restoring the mitochondria has the potential to be a breakthrough in cancer therapy.

The research team concluded, “As a non-toxic, orally available, and efficient in vivo [in the body] tumor growth inhibitor, A250 has the potential to support standard chemotherapy treatments and targeted therapies by modulating cellular energy balance and enhancing apoptosis.”

It’s early days for the new extract A250, but the original Avemar is available as an over-the-counter dietary supplement in a number of countries, including the U.S., Canada and the United Kingdom.

Over the years I’ve examined many first-hand accounts from cancer patients and doctors who have used Avemar in their treatment of cancer. The results vary from improvement in cancer symptoms to complete remission of seemingly hopeless cancers.

There seems to be no downside from taking Avemar when you’re using conventional treatment, and if it works for you, the results can be wonderful.