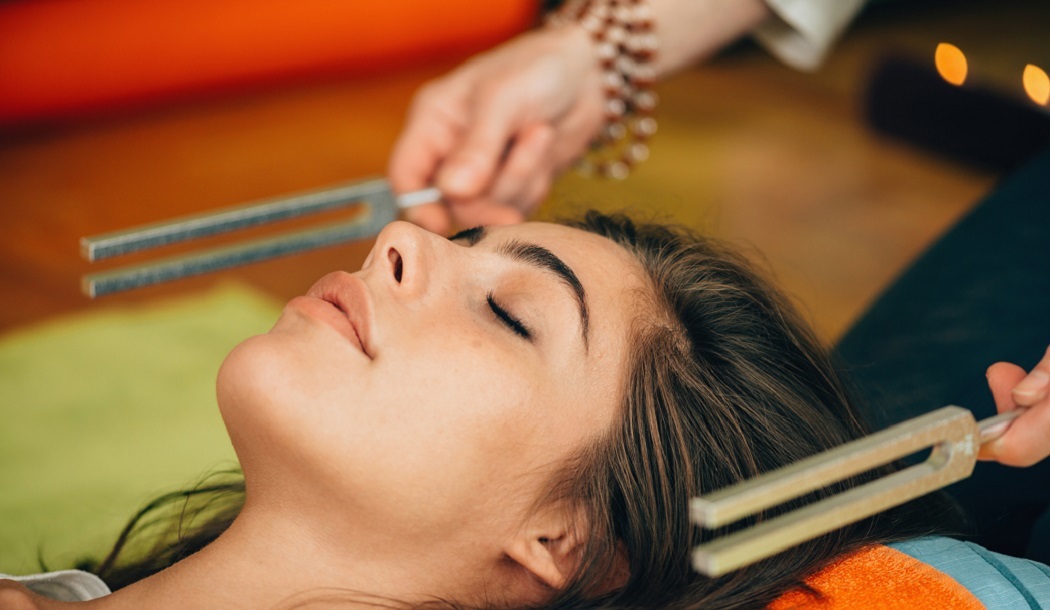 Trouble is, cancer is a systemic or “whole body” disease. It involves your digestion and nutrient absorption, your hormone balance (or imbalance), and of course, your immune system in addition to many other important biological processes.

That’s why I’ve seen cancer patients get the best results when they address their entire body during cancer treatment, instead of just focusing on the site of cancer. There are a number of whole-body cancer treatments, but one is getting more attention recently due to its success in slowing or stopping advanced cancers.

These two therapies can be used individually or together. Researchers are recommending the latter, which is a new development from when I first wrote about these therapies, years ago.

These days, doctors are using a combination of these two “wave” treatments, called Sono-Photodynamic Therapy (SPDT), to heal everything from advanced breast cancer to “incurable” mesothelioma.

To understand how SPDT works, let’s take a closer look at SDT and PDT.

If cancer cells feed on sugar, then eliminating sugar from your diet should shrink tumors and cause cancer to die. In some cases, it does. In others, not so much. The latest research shows this is because cancer cells switch off their need for sugar as a fuel source and use an amino acid called glutamine as fuel instead.

Photodynamic therapy (PDT) uses light waves to heal. It dates back to the ancient Egyptians.

The first reports of PDT’s ability to heal solid tumors came from Germany in the early 1900s. Since then, hundreds of international studies have confirmed its effectiveness.

There are also clinical trials underway for using PDT in cervical cancer, prostate cancer, brain cancer, some skin cancers and peritoneal cavity cancer—cancer in the abdominal space that contains the stomach, liver and other internal organs.

When the photosensitizer is exposed to specific light wavelengths it generates oxygen that kills nearby cancer cells without harming healthy cells. You see, cancer cells are anaerobic and produce lactate. Photosensitizer molecules have a positive charge, so they readily bind to negatively-charged lactate in cancer cells.

But PDT does have a downside.

Light waves can’t penetrate very far into tissue. So, PDT can only treat tumors that are just below the surface of the skin – no more than seven millimeters deep.

Nevertheless, PDT has been used effectively against cancers of the prostate, breast, skin, and more.2 Next, let’s take a look at SDT.

Sonodynamic Therapy (SDT) was developed much more recently than PDT as an alternative (or complement) to it. Sono therapy is sound therapy, similar to ultrasound.

SDT also requires a sensitizing agent – in this case, a sonosensitizer– one that kills cancer cells when exposed to sound waves.

SDT’s major advantage over PDT is that sound waves more readily penetrate the body’s liquid environment, reaching much deeper into tissue than light does. This feature makes it far more effective against deep solid tumors.

Like PDT, SDT generates cancer-killing oxygen, and is considered safe, effective, and non-toxic.

PDT and SDT are stronger when combined

The real magic happens when PDT and SDT are combined in Sono-Photodynamic Therapy (SPDT). Light and sound both boost the energy level of the sensitizer, or sensitizers, which then react by destroying cancer cells and leaving healthy cells unharmed.

SDT overcomes PDT’s shortcomings, since ultrasound flows freely into the tissues that lie deeper below the surface of the skin.3

SPDT is used to treat deep tumors – such as those found in bowels and ovaries, as well as metastatic cancers, especially when the cancer has advanced and spread to the bones, lungs, or liver.4

SPDT (sometimes in combination with other Western and/or Chinese therapies) has successfully treated advanced breast cancer. Plus, SPDT has been effective against stomach, colorectal, prostate, lung, brain, maxillary sinus, skin, and epithelial soft tissue cancers, as well as “incurable” cancers, such as mesothelioma.

These successes in advanced cancers are telling, as the patients getting this treatment are extremely sick and have run out of other treatment options. Yet, many of these patients who are “at death’s door” enjoy higher quality of life and live much longer than they would have without SPDT treatment.

Perhaps the key factor in SPDT success is the choice of sensitizer. After all, its uptake produces the therapeutic effect against cancer cells

Different sensitizers can have varying effects. Study is ongoing as to which is best.

Scientists are investigating both curcumin (the active ingredient in turmeric) and chlorophyll as possible sensitizers. Other options like non-steroidal anti-inflammatory drugs are arguably riskier. The most natural sensitizers are chlorin e6 and 5-ALA, which are far safer than pharmaceutical options.

Each “session” is five days long. On days one and two, patients take chlorophyll, seaweed, or an algae, sublingually under the tongue (or possibly via IV).

On days three through five, ozone is administered intravenously just before red light and ultrasound treatments. Patients then lie in a red-light box with light striking from all directions. Next, they sit in a tub of water containing ultrasound transducers. Combined, these phases take about two hours per day.

Since the treatment resembles a sauna and bath, patients often consider it quite relaxing – even spa-like.

Depending on the particular treatment protocol, patients may take a couple days off before repeating the entire process the following week.

The dead cancer cells this produces summon the immune system to show up and clean up the debris – as well as attack the malignant cells it now finally recognizes as invaders.

Because the patient’s entire body is exposed to light and sound waves, all cancerous and pre-cancerous cells are exposed and destroyed… even those yet to be diagnosed. This makes the treatment extremely attractive for metastatic cancer.

SPDT is considered safe and effective. Is it more effective than the “conventional three” of surgery, chemo, and radiation? Most likely, though we’ve yet to find a study comparing them. But for a treatment that’s non-toxic and relaxing, there seems to be little downside except travel and cost.

How to get SPDT

If you live in the U.S., you’ve probably never heard of this treatment, because doctors in the U.S. don’t offer it – at least to our knowledge.

In fact, only a handful of doctors worldwide offer SPDT. Despite this, its proponents (both patients and doctors) are staunch advocates of its effectiveness. Americans travel as far as China to get it.

You can get SPDT at Mexico’s Hope4Cancer Centers, which are particularly well-known for this treatment. Other options include Dongguan, China (just north of Hong Kong and run by a Board-Certified, American-trained doctor), England, Israel, and South Africa.