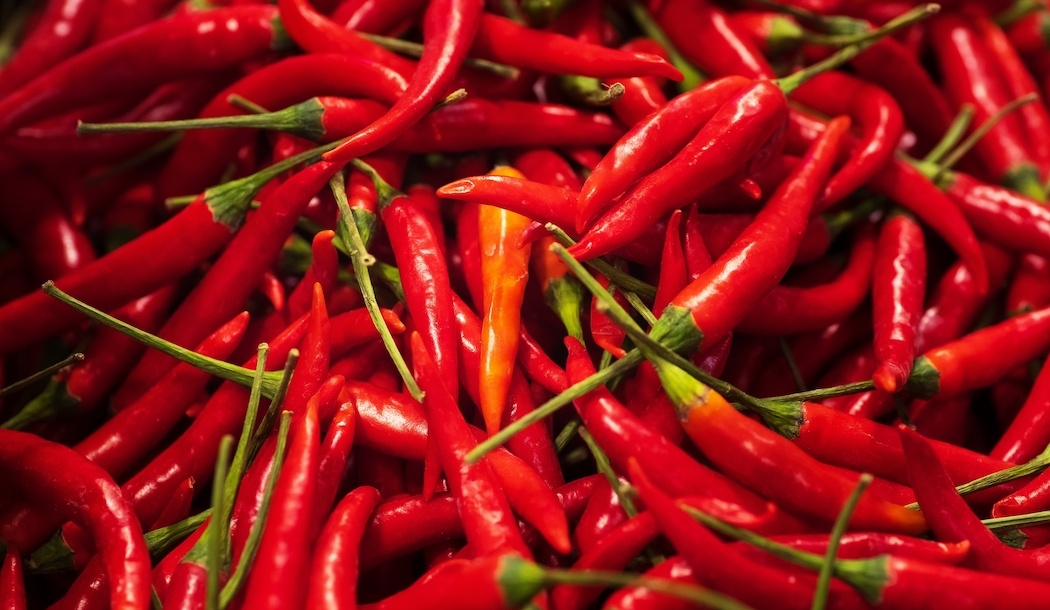 Are you a fan of hot spicy food that makes your mouth feel like it’s on fire? Personally, I love hot foods – and for once, something I like is good for me!

In addition to fighting pain, scientists are finding that hot spices are especially suited to fight cancer. Capsaicin — the natural compound in those foods that burn your tongue — also turns the heat up on cancer cells and helps keep them from spreading.

Capsaicin is the ingredient that makes hot chili peppers hot, and at the same time it offers a dream list of exactly the things you would look for if you were searching for a natural substance that can cut off cancer at the knees…

Persuading cancer to kill itself

The interesting part of capsaicin’s role in this process is that it can attack cancer cells in several different ways. Each one of them has the same cancer-destroying result. For instance, it can go after cancer cells’ mitochondria, the little organelles that supply the cells with the energy to survive. According to researchers at the University of Maryland, because mitochondria are so central to cancer cell survival – a cell without mitochondria would be like an automobile without an engine – the mitochondria are the “gatekeepers” of the apoptosis process.

So, when capsaicin throws a monkey wrench into mitochondrial function, cancer cells conk out like cars ready for the junk heap. Added to that, capsaicin can also activate a gene in cancer cells called p53 – a “tumor suppressor.” This gene is involved in the formation of proteins that also lead to apoptosis in cancer cells.

Another important trait of capsaicin is its ability to keep cancer from traveling around the body and invading other organs. Most people who die of cancer do so because of this process – called metastasis. It’s not the cancer in the original site that kills them. When cancer metastasizes, it becomes more resistant to treatment. That’s a big reason metastatic cancer accounts for a whopping four out of five cancer deaths.

“Lung cancer and other cancers commonly metastasize to secondary locations like the brain, liver or bone, making them difficult to treat,” says researcher Jamie Friedman. “Our study suggests that the natural compound capsaicin from chili peppers could represent a novel therapy to combat metastasis in lung cancer patients.”

A rare remedy for pancreatic cancer

Capsaicin’s ability to disable and kill pancreatic cancer cells has also drawn a great deal of attention from researchers. Pancreatic cancer is among the top five cancer killers. The survival rate after five years for this type of cancer is less than ten percent. So, any answer to pancreatic cancer is rare and precious. Capsaicin appears to be one. It’s been shown to induce apoptosis.

Researchers at the University of Pittsburgh School of Medicine say the spice helps direct oxidative damage to mitochondria in cancer cells, which makes them self-destruct.

Plus, other researchers are demonstrating that when capsaicin is combined with other “bioactive food components,” the therapeutic effect on cancers is increased considerably.

For example, a study at the University of Bordeaux in France shows that a combination of capsaicin and resveratrol – an antioxidant found in wine, peanuts, grapes and blueberries – can keep cancer cells from being able to repair damage to their DNA.

When this repair mechanism bogs down, cancer cells are less likely to reproduce and they become more vulnerable to the damage that takes place during radiation therapy – the professional word for this is “radiosensitized.” Likewise, they also become easier to kill with chemotherapy.

In today’s society, given our huge appetite for processed food and our national problem with carrying too much weight around our middles, we’re experiencing an epidemic of impaired liver function, and the fat tissue that accumulates in this hard-working organ has become a health danger.

Here too, capsaicin may help.

When liver issues give way to liver cancer, research in Asia shows that capsaicin can step in and cause liver cancer cells to self-destruct because of oxidative stress.

In addition, a lab study at the University of Wyoming School of Pharmacy demonstrates that a drug based on capsaicin can, before cancer develops, potentially make “improvements in blood sugar and cholesterol levels, insulin response, and symptoms of fatty liver disease,” according to researcher Baskaran Thyagarajan. In this drug, capsaicin is basically modified to improve absorption by the body.

The tests indicate that this version of capsaicin stimulates receptors in fat cells to burn off energy instead of stashing an ever-increasing supply within their cell membranes. And that can lead to weight loss and shrinkage of the liver’s fat cells.

Other benefits of capsaicin include:

A simple way to ease the pain

When it comes to applying capsaicin to the skin (i.e. topically), the American Cancer Society reported these positive results:

Despite its spicy hot character, capsaicin clearly has properties that can help soothe and ease pain. It’s no wonder that so many proponents of alternative medicine highly recommend capsaicin to address a variety of health problems, including cramps, diarrhea, headaches, loss of appetite, motion sickness, malaria, toothaches, ulcers, and upset stomach.

Now it appears we can add cancer to the list.

I hope to see further research into how we can use capsaicin to keep cancer under control. And meanwhile I think I’ll have a jalapeno-stuffed olive and make a reservation at an Indian restaurant.