What Really Causes Cancer? A New Book Takes Aim at a Well-known Theory 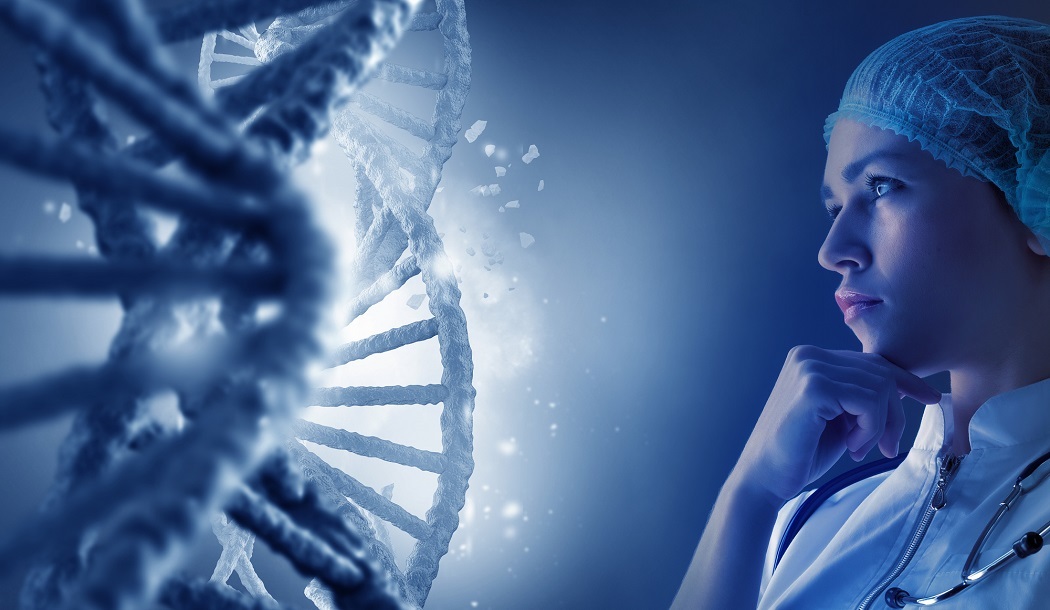 Is cancer as mysterious and deadly as mainstream medical authorities think?

The official position of the cancer establishment is that cancer is a “genetic” disease. Mainstream cancer experts usually believe that a group of gene mutations cause a single cell to turn cancerous. The cell multiplies out-of-control and forms a tumor that can kill you.

If this theory is right, it means:

A recent book takes aim at the genetic theory of cancer, and in the process, reveals some interesting findings that can help you better prevent cancer and treat it should you or a loved one fall victim.

Mr. Sloan cites the research of Harry Rubin, Professor Emeritus of Cell and Developmental Biology at UC Berkeley. In 2006, Dr. Rubin showed that cells can have hundreds of mutations and still behave as normal cells.

He also examines government research and studies performed by medical pioneers that date back more than a century.

The goal was to pinpoint a common sequence of genetic mutations that trigger cancer. They thought this would aid the development of new drugs.

Instead, they discovered that every cell had its own distinct set of mutations.

No specific mutation, or combination thereof, was responsible for triggering the disease.

Why haven’t you heard of this leading cause of cancer?

More promising but less well known and funded research proposes a different mechanism. A single factor triggers the genetic instability and defects found in the nuclei of cancer cells. This trigger is insufficient oxygen (hypoxia) within the cell.

When a cell is oxygen-deprived, genetic mutations will occur. The truth is, a lack of cellular oxygen at the metabolic level is likely the primary cause of cancer.

When a cell is oxygen-deprived, it signals nearby cells to grow and divide.

In 1976, Dr. Arthur C. Guyton stated this in a much-used medical textbook. He said “all chronic pain, suffering and diseases are caused from a lack of oxygen at the cell level.”

So, the real possibility exists that we’ve not only found cancer’s root cause in a metabolic problem, but the root cause of many other diseases.

Elite medical scientist Dr. Konstantin PavlovichButeyko also studied this subject. Before the turn of the century, he used state-of-the-art equipment to study biochemical differences between healthy and diseased people.

He compiled data from hundreds of patients and discovered that all patients with chronic diseases shared one thing in common. That common factor was a lower than optimal level of carbon dioxide (CO2), which of course is related to cellular oxygen consumption. More on this in a minute.

A healthy CO2 level is about five percent (35-37mm Hg). Buteyko found that these levels seemed to protect a person’s health. The lower a person’s CO2 levels fell, the worse their health was.

Because of this unpopular discovery, his opponents slandered him. They also destroyed his lab, and even attempted to kill him more than once. Things do get ugly in Big Science, as we should know from the recent successful effort to kill off hydroxychloroquine.

Other studies have found CO2 deficiency to be common in patients with other diseases. This list includes heart disease, diabetes, asthma, COPD, sleep apnea, and cystic fibrosis. And to that list you can add bipolar disorder, panic disorder, epilepsy, and of course, cancer.

I haven’t seen any other researcher focus on CO2 in the way Dr. Buteyko and Mr. Sloan do. It’s a novel theory. I don’t know if it’s entirely accurate, but it comports well with other evidence on the metabolic angle and is worth considering.

The strange relationship between
oxygen, CO2 and cancer

You understand your need for oxygen.

But most people don’t give a thought to their need for CO2. This, despite the fact that it dilates blood vessels and increases blood flow, even transports oxygen through your bloodstream.

Cancer cells spew out lactic acid, which inhibits oxygen use and cellular respiration.

Anything that thwarts cellular use of oxygen is, by this theory, carcinogenic. Here are the classic culprits that Mark Sloan describes in his book, many of which we discuss regularly in articles in this newsletter, including:

Cellular respiration can’t occur without enzymes produced by B vitamins.

A deficiency in any of them can turn a cell cancerous. Conversely, high levels of B vitamin enzymes can reverse cancer growth.

In this newsletter, we’ve discussed a number of other nutrient deficiencies that play a role in cancer development. Suffice it to say that a diet high in fresh vegetables and fruit as well as lean protein is critical to avoiding cancer.

Environmental toxins can turn cells cancerous. This happens because they interrupt production of vitamin B enzymes by destroying or using up nutrients that your body needs to make them.

In reality, cancer is nothing more than a group of cells that aren’t getting what they need to function well.

In fact, cancer cells usually have more problems than nutrient deficiency alone. They’re injured in one way or another, says German doctor and researcher Rudolph Virchow.

So, when a doctor thinks he sees cancer, he’s actually seeing a group of injured cells your body is trying to heal.

Cancer doctors aren’t trained in holistic medicine. Instead, mainstream medical schools teach them to respond to injury with treatments that cause more injury.

How to improve your CO2 and oxygen levels naturally

3. Sodium bicarbonate (baking soda) – Many claim it’s a “quack” treatment. But it’s backed by some enthusiastic scientists and I would say the jury is still out. Cancer thrives in an acidic environment. Baking soda, say the advocates, helps raise your pH to a more alkaline level. Italian doctor TullioSimoncini advocates this bicarbonate protocol: take one teaspoon of baking soda in one cup of water, with one teaspoon of blackstrap molasses or pure maple syrup. Do this away from meals to keep stomach acidity at the right level for digestion.

Personally, I’m not as keen on this baking soda treatment as Mark Sloan. I see anecdotal evidence but not a lot of compelling sound research. So, talk with your own medical practitioner before proceeding with any bicarbonate protocol.

That being said, healthy lifestyle changes can and do prevent as well as help treat cancer. What you eat and how you live is critical, and what a difference it can make in your health!

Mr. Sloan cites 28 studies where cancer cells have transformed back into normal cells.

If it’s true that cancer cells can revert back into normal cells, it makes no sense for mainstream medicine to cut out tumors, or to scorch patients with radiation and poison them with chemotherapy.

Start down the right path today

Cancer researchers have spent billions of dollars searching for drug treatments to treat cancer, all the while ignoring the root cause. To this day, most people don’t realize that cancer is a metabolic disease, first and foremost.

And by the way, there are other forms of the metabolic disease theory. Balancing CO2 is not the only approach. By “metabolic disease” we simply mean a breakdown occurs in the way the cell turns nutrients into energy.

It’s a complicated mechanism, and other things influence it, particularly the level of blood sugar.

In one form or another, I believe metabolic breakdown is the main reason why some folks come down with cancer. Genetic mutations have been a distracting sideshow, a wrong road that mainstream cancer research has been following for decades.

If you want to dig deeper into this subject, Mark Sloan’s Cancer: The Metabolic Disease Unraveled, is free to Amazon Kindle Unlimited readers.

For a more detailed study and a different take, Dr. Thomas Seyfried wrote the seminal textbook, Cancer as a Metabolic Disease, back in 2012. It’s some 400 pages long, but a worthy study if you want to take a deep dive into the subject.