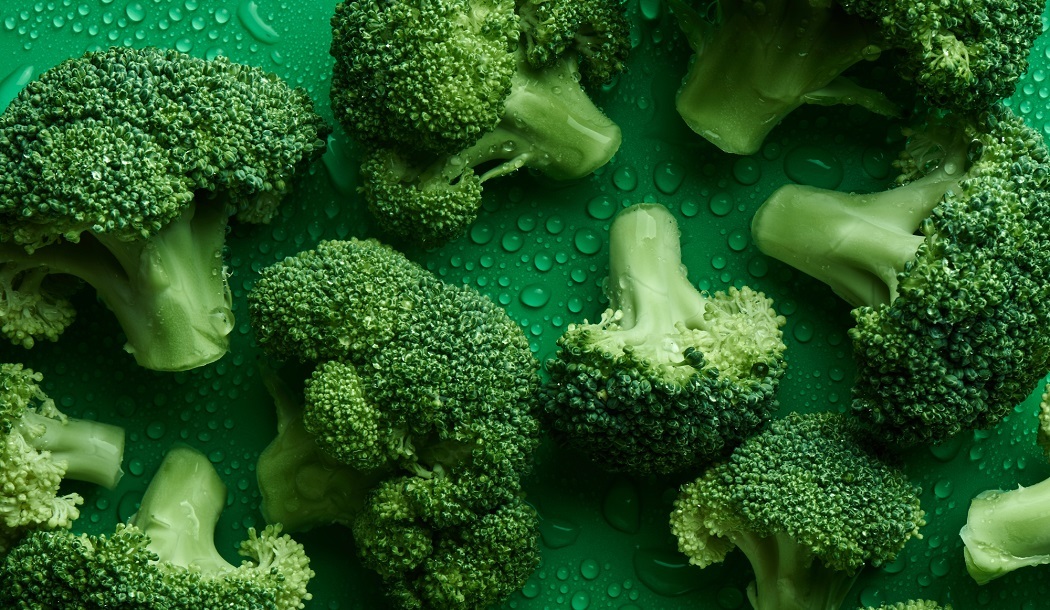 (And How You Can Still Reap Its Rewards, Even If You Hate It)

In 1990, George H. W. Bush – W’s dad – famously declared that he didn’t like broccoli and as President of the United States he was not going to eat it.

He was missing something. Two years later, researchers discovered a beneficial chemical that’s produced when broccoli is cut up and bitten into.

This molecule has proved so important, Dr. John Day, a leading cardiologist, researcher and author, claimed broccoli “seems to be the best” cancer fighting food available. Dr. Day even went so far as to claim this broccoli molecule may be “the best way to reverse and prevent almost every medical condition,”1 including cancer.

None of Dr. Day’s blessings make broccoli taste any better, but have no worry, because there are many other ways to gain the benefits of this amazing molecule called sulforaphane.

What is so special about sulforaphane?

Plants have many ways of protecting themselves from predators. One of these, found in broccoli and other cruciferous vegetables such as cabbage and kale, is for the plant to produce the sulfur-rich chemical, sulforaphane.

Within these vegetables, a chemical called glucoraphanin is stored within one compartment (vacuole) of the cell, while an enzyme called myrosinase is found in another vacuole.

If an insect bites into a leaf, glucoraphanin is released from its compartment and is able to combine with myrosinase to convert it to sulforaphane, which is toxic to the insect.

The same happens when humans bite into broccoli, but unlike an insect, which may crawl or fly away, we continue to eat it even though our cells suffer a small negative reaction.

This is actually good news, because although sulforaphane stresses cells, they compensate for this insult by cranking up protective enzymes to provide an overall net benefit to us, a process called hormesis.

Triggers “survival genes”
to fight cancer and other illnesses

Nrf2 turns on over 200 cell survival genes that are crucial for clearing toxins, reducing inflammation and protecting against oxidative stress (damage from free radicals), as well as playing a role in stabilizing or removing damaged proteins and other molecules.

These processes are critical for remaining cancer free. But that’s not all. Nrf2 also interacts in a positive way with the tumor suppressor gene p53, widely regarded as the protector of the genome. Plus, Nrf2 inhibits NF-kB, a cell regulator that activates inflammation, including low-grade chronic inflammation.

These functions led scientists at the University of Texas to conclude that Nrf2 “is the guardian of healthspan, protecting against many age-related diseases including cancer and neurodegeneration.”2

While synthetic compounds have been developed to boost Nrf2, sulforaphane is the most potent activator of Nrf2 found in nature.

“Promising for the prevention and relief of cancer”

Sulforaphane is also able to activate other important responses in the body to keep cells free from cancer.

For example, heat shock proteins help other proteins keep their shape and fold properly. They go into action in response to environmental, physical and chemical stresses to limit cellular damage, facilitate recovery and maintain survival.

The ability to instigate these dual effects led oncologists from Lombardi Comprehensive Cancer Center, Georgetown University, Washington, to describe sulforaphane as “a promising agent for the prevention and relief of cancer and various aging-related diseases, which commonly feature declined heat shock response and decreased proteasome activity.”3

Believe it or not, this remarkable little broccoli molecule does even more to help your body stop cancer. Sulforaphane plays a positive role in regulating the mTOR pathway, which, if overactive, can kick off and promote the development of tumors.

Sulforaphane also is important to the function of autophagy pathways, a housekeeping process cells use to clear out waste including damaged and potentially cancerous cells.

Australian scientists reported on the tumor fighting ability of sulforaphane and concluded that, because certain cancer cells behave in similar ways to cancer stem cells and can resist chemotherapy, induce cancer relapse, and promote the spread of cancer or metastasis, sulforaphane “may be an important aspect” in the treatment of cancer.4

Already that’s quite a bit of data showing the effectiveness of a diet high in broccoli or other cruciferous vegetables in treating or preventing cancer.

In multiple population studies, a diet high in cruciferous vegetables was linked to a lower incidence of a wide variety of cancer types, including breast, lung, prostate, colorectal, oral and pancreatic cancer. Three to five servings per week decreased the risk of cancer development by 30 to 40 percent compared to those who ate no cruciferous vegetables.5

Then there’s all of the research into pure sulforaphane extract in fighting cancer, including a number of clinical trials.

In a study published in April 2019, British researchers enrolled 49 men with low or intermediate risk prostate cancer who chose “active surveillance” rather than accept any medical or surgical procedure.

After enhancing glucoraphanin in the diet by providing the patients with special forms of broccoli soup to be eaten once a week for twelve months, the researchers found that changes in gene expression in the prostate were “consistent with a reduction in the risk of cancer progression.”7

Sulforaphane inhibits other forms of cancer

For over two decades research on sulforaphane’s anti-cancer effects in laboratory and human studies has been carried out by a group from Johns Hopkins University, Baltimore, sometimes in collaboration with other universities. Examples of their findings are:

Stomach cancer: Infection with the bacterium Helicobacter pylori is the strongest known risk factor for gastric cancer. Sulforaphane inhibited antibiotic-resistant strains of the infection and blocked the formation of stomach cancer in mice.8

Bladder cancer: In a study conducted on rats, broccoli sprout extract significantly boosted beneficial enzymes which are often woefully deficient in cases of bladder cancer. Researchers described the extract as “a promising agent for prevention of bladder cancer.”11

Breast cancer: Broccoli sprout extract increased protective enzyme activity in the breast tissue of rat mammary glands and in the breasts of eight healthy women taking a broccoli sprout preparation. The results lead scientists to believe it would have a role in protecting against breast cancer.12

This research led scientists to confirm a saying I’ve heard alternative cancer doctors say for years, “…’thy food is thy medicine, and thy medicine is thy food’…”.

In a paper published in Molecules in October 2019 in collaboration with Fred Hutchinson Cancer Research Center, Seattle, the authors write:

“Pharmaceuticals most certainly have their place, but we must recruit the physicians in our society, whom people still trust in matters of their critical and preventive care, to more firmly place at least one foot in the dietary side of the aisle.”14

How to increase your
levels of sulforaphane with food

The highest source of glucoraphanin is found in broccoli sprouts.

Three-day old sprouts contain up to 100 times as much as the mature vegetable. They can be purchased from health food stores or you can grow your own from broccoli seeds. Sprouts have a mild flavor, similar to cabbage.

Many of these don’t require cooking and can be added to salads or sandwiches, which is just as well because cooking destroys myrosinase, the enzyme that activates sulforaphane.

If cooking, the best way to retain a useful amount of the compound from broccoli, for instance, is to chop it into tiny pieces, leave for 90 minutes and then stir-fry for four minutes.15 The next best method is to steam vegetables for five minutes or less, although this will leave them rather crunchy.

If longer cooking times and softer vegetables are preferred, the good news is that once cooked, by sprinkling brown mustard seed powder over them, the availability of sulforaphane increases by four-fold.16

If you’re like the late President George Bush and have a strong distaste for broccoli, don’t worry: You can get your fix from supplements when you know how.

Getting sulforaphane from supplements

Most available supplements contain glucoraphanin in the form of sulforaphane glucosinolate. But this is the least effective way of obtaining sulforaphane.

Broccoli sprout extracts containing sulforaphane are also on the market, but these, too are less bioavailable than eating broccoli sprouts. They also have a limited shelf life, so you never really know if the potency of the product you’re taking matches what it says on the label.

There is a new innovation which allows both glucoraphanin and myrosinase to be combined. This has been shown to boost conversion to sulforaphane by three-and-a-half times as much as sulforaphane glucosinolate.

One version of this supplement is called Optimized Broccoli and Cruciferous Blend, available from the Life Extension Foundation. The other is Avmacol, produced by Nutramax Laboratories.

Sulforaphane is highly unstable and wouldn’t normally be effective as a supplement, but a form has been developed that’s been stabilized. This version was used in the French prostate cancer trial. It has double the bioavailability of the combined glucoraphanin and myrosinase supplement. It’s called BrocElite Plus from Epiceutical Labs.

Personally, I prefer to get most of my nutrients from food, but in the case of sulforaphane these new supplements look promising. I take the Life Extension supplement myself. Should you try them, I’d love to hear your thoughts. Please note, I don’t have any financial interest in any sulforaphane supplements mentioned here.