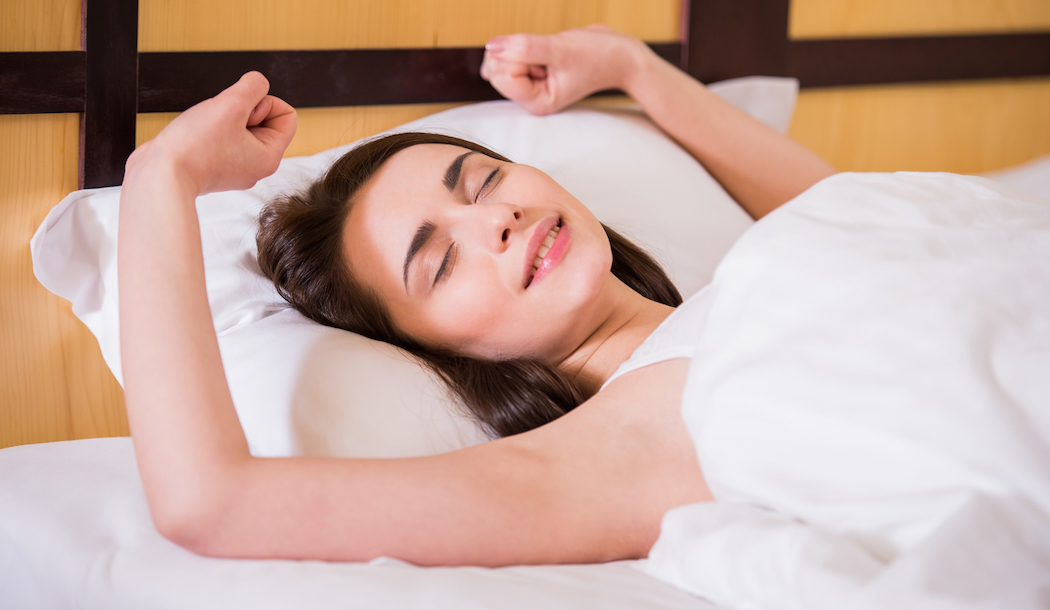 Skimping on sleep has become the American norm. And Americans are paying a terrible price through mounting troubles, including a greater danger of cancer. By some estimates, sleep deprivation is the #1 health problem in America.

Eating yourself to death — that I can understand. Prime rib and Black Forest cake might be worth dying for. The pleasure is undeniable. But wrecking your health because you never get enough sleep? To me, that’s weird! Keep reading and find out what too little sleep could be doing to you…

The wonders of our electrified world have stolen a decent night’s sleep from us. Before electricity, most people went to bed when darkness fell. During the winter, that was early, and people slept a lot. Candles and lamp oil were expensive in a world where the average family made a few hundred dollars a year (if they were lucky). So, the sensible thing to do was go to bed and wake up when the sun rose.

Then came the electric light bulb. Suddenly days could last well past dusk. But it really took television to get us addicted to after dark excitement and mental stimulation. It’s safe to say that, pre-television, everyone got plenty of sleep. Once the tube was ensconced in every home like an altar, millions stayed up to watch the Tonight Show and assorted other late-night distractions. And these days, sleep also loses out to the Internet, e-mail, and who knows what else.

How sleep-deprived are YOU?

Did you answer “yes” to any of these? If so, consider yourself sleep-deprived. And you’ve got plenty of company. Consider:

But wait — it gets much worse than just feeling worn out.

Lack of sleep has dramatic effects on your health and quality of life. If you lose one night’s sleep, you’ll be irritable and clumsy the next day. You either feel exhausted, or you feel hyped because you’re running on adrenaline (and caffeine, no doubt).

After a second night’s sleep loss, most people have trouble concentrating and will make mistakes on routine tasks. Three missed nights, and they start to hallucinate and lose grasp of reality.

If you get just a few hours of sleep each night, over time you incur a large “sleep deficit” — and you start to see the above problems, not by losing a whole night at once but by cumulatively losing a little sleep EVERY night.

You can feel the short-term consequences of sleep loss right away. They’re obvious. But it’s the long-term impact on your health that can be devastating (beyond the obvious risks of drowsy driving and workplace accidents).

As if the above costs aren’t enough, new studies show that chronic sleep deprivation is one of the biggest predictors of obesity.

Your quality and quantity of sleep dictates the hormonal activity that regulates appetite — via the hormones leptin and ghrelin. Sleep deprivation causes your leptin levels to drop and ghrelin to rise dramatically.

Leptin signals “fullness” so if it’s disrupted, you end up craving food — especially carbs. Ghrelin sets off your hunger pangs.

I think it’s fascinating that sleep correlates with the other bad habits that are killing millions.

In a national study of nearly 10,000 adults, between the ages of 32 and 49 years old, those who sleep less than seven hours were significantly more likely to be obese.

Another study of 18,000 adults found that those who regularly sleep less than four hours per night were 73 percent more likely to suffer from obesity. Wow! Who would have thought losing weight could be easy if you just get more sleep?

Sleep deprivation can cause cancer

New studies suggest that how you sleep may determine how well your body fights cancer.

In fact, it’s well-known that working the graveyard shift may increase your cancer risk. A number of studies show that women who worked nights for years seem more prone to breast cancer. And men who work the night shift have higher rates of prostate cancer.

Several reports from the Harvard Nurses’ Health Study link insufficient or irregular sleep to an increase in colon cancer and breast cancer.

This is proven in animals as well. When animals have their light-dark schedules reversed, studies show they’re more likely to grow cancerous tumors and die more quickly.

How does insufficient sleep impact cancer?

The second hormone is melatonin, produced by your brain during sleep. Scientists think it may have antioxidant properties that help prevent cellular damage leading to cancer.

Melatonin can only be released in total darkness and may cause a reduction in estrogen production. Researchers speculate that experiencing light late at night may interfere with melatonin release, allowing estrogen to rise, and promoting the growth of breast and endometrial cancers.

Melatonin is also the prime suspect in the “shift work theory.” People working in artificial light at night may have lower melatonin levels, raising cancer risk.

Further, certain processes like cell division and DNA repair happen at regular times. If your body does something at an unusual time — like produce insulin in the middle of the night to digest food — a chain reaction of biological mistakes is set up.

Potentially even worse than the graveyard shift is flipping between night and day shifts. Also at risk are frequent long-haul travelers and insomniacs, who experience similar sleep disruption.

You need a dark night’s sleep… eight pitch-black hours every night. So, why don’t people get their eight hours?

In the survey cited above, 65 percent of respondents named stress as a major factor in insomnia. Closely following that, 53 percent said they felt work or school didn’t leave them enough time to sleep.

Six tips for improving your sleep

You may be one of those people who have been sleepy for so very long you don’t know how it feels to be wide awake.

Let the world wait till tomorrow — not your sleep. It is a fundamental health need. Once you truly start sleeping again, you’ll love the joy of sleep’s restoration and rejuvenation, and the energy you’ll have — not to mention its cancer-protective benefits.