When Cancer Is A Microbial Infection… – Cancer Defeated 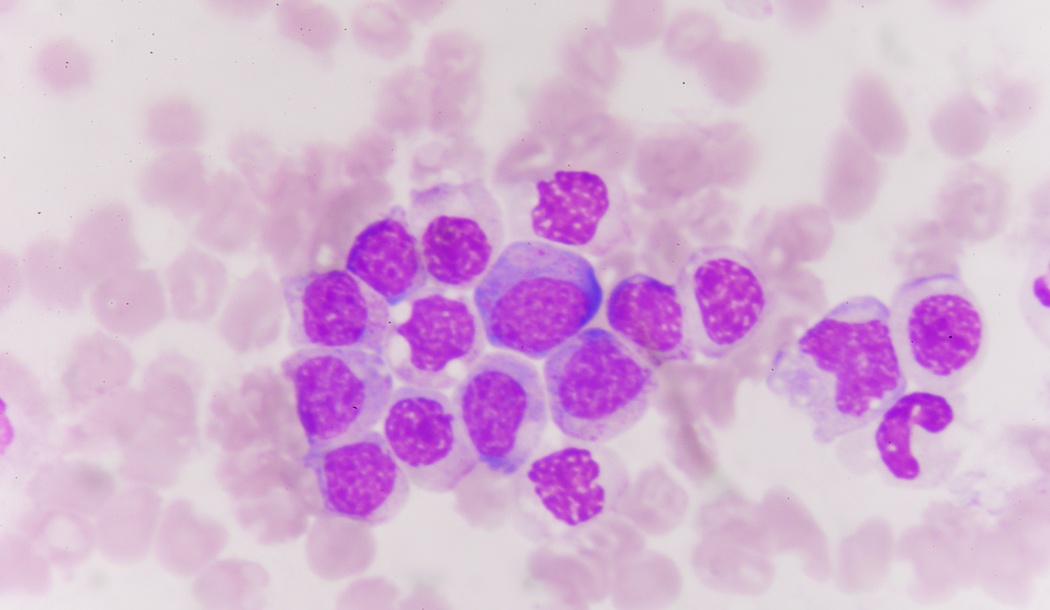 However, David Holland, M.D., spoke with a nurse who was diagnosed with leukemia, and came away thinking exactly that. It’s an incredible story that may have important implications for all of us…

Trying to shake her leukemia, the nurse endured the chemo treatments prescribed by her doctors. And later she suffered from a secondary fungal infection. Yet she mended from both and went back to work.

Eventually, her symptoms returned, and doctors told her the leukemia was back. But she opted for a second opinion…

She took the tissue sample from her biopsy to another hospital. The news she received there was shocking. “You don’t have leukemia,” the pathologist told her. “You have a fungal infection.”

After six months of high-dose antifungal treatments and time spent in the hospital, she finally recovered from the infection and went back to work. Turns out she works in a pediatric bone marrow transplant center and comes in daily contact with children diagnosed with leukemia.

One can’t help asking: What if she really had a fungal infection and NOT leukemia the first time around? And could she have “caught” this from her little patients?

Not only are fungal infections highly contagious and potentially deadly, but every oncologist knows they go hand in hand with leukemia. Once a child with a bone marrow transplant gets a “secondary” fungal infection, his or her chances of survival drop to one out of five at best – despite potent antifungal drugs.

But here’s a thought that’s even more startling and important: What if those children didn’t have leukemia either? What if it was a fungal infection from the start?

The foe no one remembers…

Doctors in the 1950s knew about fungal infections. But that was before bacteria and viruses grabbed all the headlines, and before their associated “cures,” antibiotic and antiviral drugs, became commonplace.

Most doctors today have little training in diagnosing fungal infections. Current tests for detecting fungi are sorely out of date.

Yet, if you search for “mycotoxin induced genetic mutation” on PubMed, there are 759 results. And a google search yields nearly one million pages. So, the condition is not exactly unheard of. And it begs the question, what is a mycotoxin?

A mycotoxin is a naturally occurring toxin produced by certain moulds (fungi) and can be found in food. The American Cancer Society defines mycotoxins as “mutagenic carcinogens.”1 In other words, they can kill us outright or cause cancer.

You’d think that with reports like these, there’d be some incentive to study the role of fungi in cancer instead of blowing it off as quackery.

The late Milton White, M.D., actually did take the theory seriously. And he found fungal spores in every sample of cancer tissue he studied. But his findings, too, were dismissed.

Some doctors at prestigious
hospitals are waking up…sort of

The Mayo Clinic now says fungal infections of the gastrointestinal tract mimic both cancer and inflammatory bowel disease (IBD). However, when patients complain of abdominal pain or a mass that can be felt, they are generally diagnosed with abdominal cancer, IBD, or diverticulitis — not a fungal infection.

A few years ago, at Johns Hopkins, researchers were stunned that the drug Itraconazole (used to treat toenail fungus) could also block angiogenesis, the growth of tumor-feeding new blood vessels common in cancers.

In mice with excess blood vessel growth, treatment with Itraconazole reduced blood vessel growth by 67 percent when compared to a placebo. In humans, it also reduced the number of circulating cancer cells, prevented prostate cancer from getting worse, and delayed the “need” for chemotherapy.

But beware… this drug is not without serious side effects – including hypertension, low potassium, fluid retention, and heart failure.

Science Daily even reported, “Infectious diseases are the world’s number-one cause of death, with pathogenic fungi being responsible for extremely dangerous infections…”

A published study from Johns Hopkins found that carcinogenic mycotoxins include aflatoxins, some Penicillium toxins, and several others.2

More than 20 years ago, a scientific study discovered that breast tumor tissue had higher levels of aflatoxin than did normal tissue from the same individual. Their conclusion? Aflatoxins may be as great a cancer risk factor as cigarette smoking.

Another type of fungal infection produces large amounts of oxalic acid, which is extremely toxic to blood vessels and leads to fatal pulmonary hemorrhages.

All this begs the question… If you’ve been diagnosed with cancer, how do you know it’s really cancer, and not a fungal infection?

These days many doctors are not up to speed on the risk of fungal infections. Most any infection is automatically treated with antibiotics—which do nothing against many fungal infections and in some cases, make them worse. Besides, sending you through the surgery-chemo-radiation protocol is very lucrative for the medical industry.

So, you need to advocate for yourself, or have someone willing to act as your advocate in discussions about diagnosis and treatment options. At a minimum, always get a second opinion when diagnosed with something as serious as cancer.

One study showed that the diagnoses of 27 “cancer” patients were, after careful examination, changed from lung cancer to fungal lung infection instead. Cancer symptoms often mimic those of fungal infections and appear the same on x-rays.

Meanwhile, if you don’t already have cancer or a fungal infection, you might want to think about an ounce of prevention…

Fungi’s secret link to your food

In his book The Germ that Causes Cancer, Doug Kaufmann asserts that foods play a role in cancer. Though maybe not in the way we’re used to thinking…

His dietary recommendations are based on problem foods that often contain toxins. Corn, wheat, barley, sorghum, peanuts, sugar, soybeans, and other foods are commonly contaminated with cancer-causing mycotoxins.3,4

Remember, the worst mycotoxin is aflatoxin. It may be the most carcinogenic substance on earth.

Mr. Kaufmann maintains that sugar itself isn’t the problem, the fungal toxins found in sugary grains are. That means cereal for breakfast, a sandwich for lunch, and soda for dinner could be a very bad idea.

He’s seen children recover from leukemia after modifying their diets to fit these criteria.

Beer and wine also contain mycotoxins. Brewer’s yeast is the fungus, alcohol is the neurotoxic mycotoxin, and the ensuing hangover is called a “mycotoxicosis.”

So, it’s no surprise that Mr. Kaufmann recommends you shun alcohol.

Here’s another warning to heed: Antibiotics open the door for fungal infections. They destroy your protective gut bacteria and allow yeast and fungi to grow unchecked, creating toxins that can overwhelm your immune system.

Even if you never take antibiotics, they may still be sneaking into your diet.

If you eat meats raised in a typical animal husbandry operation, often called a concentrated animal feeding operation (CAFO), then you get antibiotics in every bite… increasing your risk of a potentially deadly fungal infection, or, for that matter, an antibiotic-resistant bacterial infection.

Can this beat back late-stage
cancer or fungal infections?

When it comes to dealing with pathogenic microbes, you need to tackle them head on.

“A platoon of white cells is sent to rescue hostages (organs overrun by cancer), but en route get pinned down by heavy fire from ground forces (parasites, viruses, fungi, and bacteria tying up the immune system).

Sodium Bicarbonate – baking soda which Dr. Sircus advocates – can be used as a first line of defense against many illnesses, and often outperforms expensive drugs, according to its advocates. But the evidence for this is less than I would wish.

You may be wondering if I buy the theory that cancer is really a fungal infection. I don’t know, but I do find it fascinating. The symptoms are strikingly similar, the diseases are often found side by side (when a doctor bothers to look), and both thrive on carbs, especially sugar. Readers of this newsletter know I strongly recommend a very low-carb diet for cancer patients, with absolutely no sugar at all.

As a practical matter, I think it will be hard to get any doctor – including alternative cancer doctors – to treat you with the antifungal drugs that could be so valuable if this theory is true. It seems to me that, combined with the low-carb diet, the approach might just work for a large number of patients.