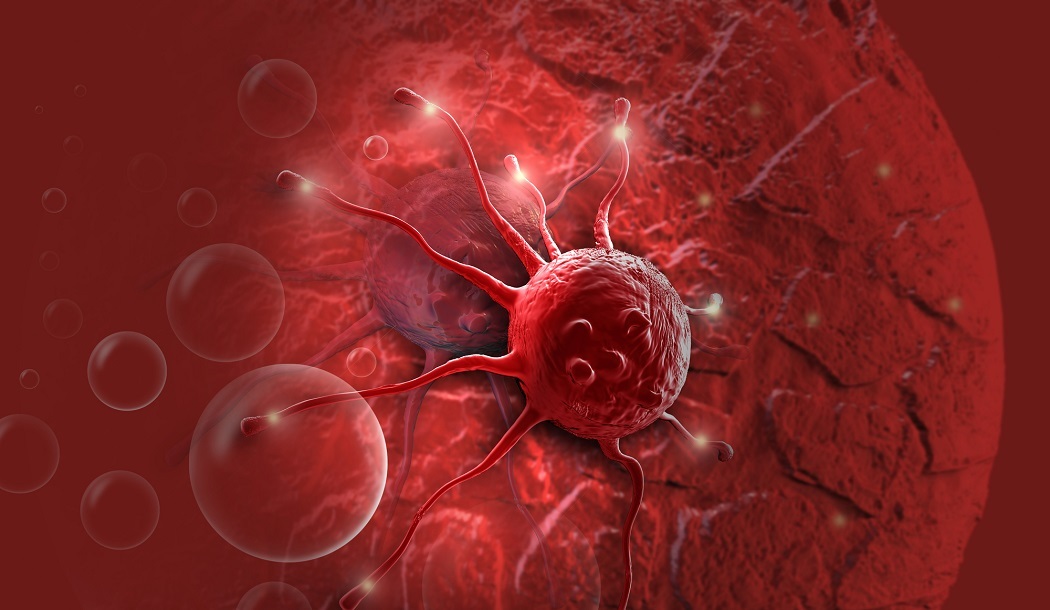 Without treatment, even when cancer is in its late stages, tumors can inexplicably shrink and disappear. Miraculously, the patient makes a complete recovery.

This extraordinary phenomenon is called spontaneous regression or spontaneous remission. Although clues exist, doctors have little interest in investigating why this remarkable healing occurs.

Of course, it’s been suggested (by me, but others as well) that conventional doctors write down “spontaneous remission” on the lucky patient’s chart even though the patient has told them it was alternative treatments that did the trick.

Now comes a new book suggesting my cynical observation is right on target. Conventional doctors with their closed mindset are missing out on a huge opportunity to uncover unknown mechanisms with which the body heals itself from cancer.

Unknown to them, that is. Well known to readers of this newsletter. Let’s consider a case study from the new book…

Doctors diagnosed Claire Haser of Portland, Oregon, with pancreatic adenocarcinoma, the most lethal form of pancreatic cancer. At age 63, doctors gave her one year to live.

Despite the terminal diagnosis, her surgeon still recommended surgery even though the procedure was risky and the results were unlikely to be good. Claire refused.

“I decided to just let nature take its course,” she said. Meanwhile, Claire made changes to her lifestyle explaining, “I decided to live with as much zest and happiness as I could for however long I had left.”

Claire accepted that she would die. She forgave everyone she ever quarreled with and embraced family and friends with newfound appreciation. Claire also shifted to a more plant-based diet and eliminated sugar.

Of course, these “treatments” are familiar to fans of alternative medicine. So how did they work for Claire?

One year passed, and she was still alive.

Then two, three, four and finally five years after her terminal diagnosis doctors performed a CT scan that revealed the tumor had vanished.  Please remember that pancreatic cancer is the deadliest. Almost no one survives.

Ecstatic, Claire told her doctors of the changes she’d made, but they were not interested in hearing about them. They said her experience “didn’t have any medical value.” It was a one in a million fluke that meant nothing.

Claire is certainly not alone.

Her story and others appear in the new book, Cured: The Remarkable Science and Stories of Spontaneous Healing and Recovery, written by Harvard psychiatrist, Dr. Jeff Rediger.

“Spontaneous” remission even
when healed with natural therapies

In Claire’s case, as with many others in the book, the patients made lifestyle changes or used natural treatments that likely influenced the course of their disease, and yet the recoveries are still regarded as “spontaneous.”

That’s because the definition of spontaneous regression penned by Dr. T.C. Everson in 1968, says “the partial or complete disappearance of a malignant tumor in the absence of all treatment or in the presence of therapy which is considered inadequate to exert a significant influence on neoplastic [tumor caused] disease.”

Under this definition, all psychological, dietary, or unconventional approaches would be considered worthless simply because they’re not recognized by conventional oncology.

What does that leave patients? Just surgery, chemotherapy, radiation, or the recently introduced immunotherapies or targeted therapies. If none of these are used and the patient recovers, it’s counted as an example of spontaneous regression.

As I observed some years ago, there’s a logical problem with this, because it postulates an effect that doesn’t have a cause.  This from the people who tell us they have a corner on “evidence-based medicine.”

Inside are over 3,500 references from more than 800 medical journals—and they’re only the tip of the iceberg. Dr. Rediger explains, “At the first talk I gave where I brought up spontaneous remission, and what we, as doctors, might learn from it, I asked the audience of physicians how many of them had witnessed a story of recovery that made no sense, from a medical perspective.

“Hands shot up from all round the room.

“When I asked how many had written those cases up and published their observations, all hands dropped.”

He believes these cases are far from rare and that a culture of fear and judgment holds doctors back from documenting them. All they would get for their trouble, they believe, would be professional ridicule, so they say nothing.

I’d like to add that there are also other factors to consider in the case of spontaneous regression.

There is scientific evidence that biopsies and surgery can spread cancer. Chemotherapy, and to some extent, radiotherapy, suppress the immune system and can also cause new cancers to grow.

When you consider that almost all patients described in the medical journals accept conventional treatment to begin with, it’s worth asking how many would have seen their tumors regress had they not accepted therapies that suppress the body’s own healing response, can spread the disease and can even promote its development?

Some conventional doctors refuse to be silent

In virtually every type of cancer and at every stage, these extraordinary recoveries occur.

Last year, doctors in Israel reported in the journal ActaHaematologica the case of spontaneous regression of Hodgkin lymphoma in a 32-year-old woman.

This prompted an editorial in the same edition by hematologist, Dr. Tamar Tadmor, entitled Time to Understand More about Spontaneous Regression in Cancer.

She wrote that many oncologists encounter patients who refuse treatment and survive. She went on to suggest a number of biological processes that could offer an explanation.

These include “autoimmune type immunotherapy” where an event such as a shock to the system or an infection stimulates an extraordinary immune response.

Another could involve an inflammatory reaction unrelated to an infection, which could initiate an anti-tumor immune response.

She adds other explanations offered by scientists that include the use of calcium blockers to lower high blood pressure and dietary ingredients such as green tea as both influencing the course of cancer.

Dr. Tadmor concluded by saying the phenomenon is real and is worthy of investigation. Identifying the mechanisms “would help in the development of targeted immunotherapies that could serve as treatment options…”

Uncovering secrets of how the body heals

Dr. Rediger concurs with this view but his focus is not on the development of new drugs, but on the biological healing process itself. “In the history of medicine, we have almost never used the tools of rigorous science to investigate remarkable recoveries from incurable illnesses. Common sense would suggest that these are cases we would most want to study, that perhaps these people have stumbled upon profound pathways to healing.”

He believes that medical science has been too narrow in its focus, ignoring the patient’s personal story, solely concerned with the signs and symptoms of disease and pathology slides.

Yet the patient’s life is “rife with clues and revelations about how best to guide them toward health.”

Current medical practice categorizes illnesses as mental or physical rather than taking a holistic approach that would allow doctors to understand the connection between the two, which, in Dr. Rediger’s opinion, is where most illnesses reside.

If doctors embraced this approach they would not dismiss remarkable recoveries as unworthy of investigation. In reality, these cases offer a rare window into the root causes of disease.

In fact, the lack of curiosity is amazing. Typically, the oncologist doesn’t want to hear about the therapy that saved the patient’s life. I should think it must take an act of will to suppress the natural instinct to find out more.

In the seventeen years Dr. Rediger’s been investigating spontaneous regression, not just from cancer but from other life-threatening diseases, he’s learned that a biological environment has to be created in both the mind and the body that sets the stage for healing.

This led him to propose a new model of medicine, one that is based around healing “the four pillars” of health that are lacking when illness occurs. These include improving:

By focusing on these pillars, Dr. Rediger believes these so-called miracles of healing can be explained and understood. And by incorporating these pillars into medical practice, regression of disease can be brought about, not spontaneously, but by design.

I agree with Dr. Rediger’s view and have found, over the years, that many of the most successful alternative cancer doctors tackle exactly the four areas he describes – and their patients improve.