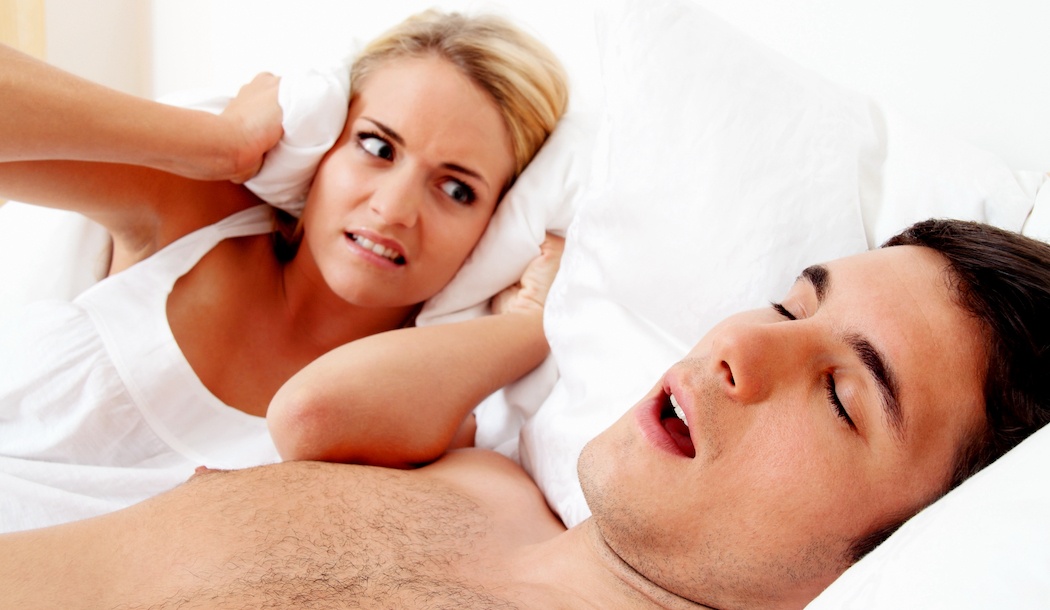 Do you find yourself tossing and turning all night? Or do your eyes droop throughout the day because you never feel really rested? Or do you fiercely deny claims that your snoring shakes the walls—even though you wake up yourself?!

If this sounds like you, it might be time for a serious look at your sleep patterns. More could be at stake than just being a noisy sleeper. You could be at an increased risk of cancer. Here are some facts to get you started. . .

You might be one of the 28 million Americans suffering with the condition called sleep apnea. This could be the real reason for your fatigue, snoring, and dangerous pauses in breathing at night.

If you know about sleep apnea then you may already know that it’s linked to a higher danger of high blood pressure, heart attack, stroke, obesity, and diabetes.

But the news about this problem is even worse: Research suggests that folks with sleep apnea could also run a higher risk of developing cancer.

For one study, a team of researchers in Spain tracked thousands of patients at sleep clinics. They found that people with severe sleep apnea had a 65 percent (almost two-thirds) greater risk of developing various types of cancer.

Investigators with the Spanish Sleep Network used a measure called the hypoxemia index to examine the amount of time blood oxygen levels dip below 90 percent at night.

They followed 5,200 people for seven years, all of whom were cancer-free at the beginning of the study. They found that the more oxygen depletion participants experienced at night, the more likely a patient would be diagnosed with cancer during the study.

According to study author Dr. Miguel Angel Martinez-Garcia, of La Fe University and Polytechnic Hospital in Spain, when a person’s oxygen levels dropped below 90 percent for up to 12 percent of their sleep time—he or she had a 68 percent higher chance of developing cancer than those people whose oxygen levels did not drop!

The second study focused on about 1,500 state government workers in Wisconsin. These participants in the Wisconsin Sleep Cohort have undergone extensive overnight sleep studies and other health tests about every four years starting in 1989.

Researchers from the University of Wisconsin School of Medicine and Public Health found that participants who experienced the most severe nighttime breathing problems increased their risk of dying from cancer by nearly five times when compared to those without the disorder!

Doctors said these observational results may benefit from additional research to determine if other, unknown factors may account for the link between sleep apnea and cancer.

Do you have sleep apnea?

There are things you can do to get sleep apnea under control. But the first step is determining for sure that you have this problem.

You might have a clue if a sleep mate tells you that you sound like a jackhammer at night!

But you can also have an overnight sleep study performed to monitor your breathing rate and the number of interruptions you experience throughout the night. In some severe cases, people have been known to stop breathing 40 or more times each hour!

If you’re diagnosed with sleep apnea, the standard treatment is a machine that provides “continuous positive airway pressure” or CPAP (pronounced SEE-pap) for short.

The machine pushes air through a mask that the person wears at night. The additional air forced into nasal passages promotes easier breathing. Researchers have found that CPAP therapy reduces—and in some cases completely prevents—apnea symptoms.

But some people might object to the bulkiness of sleeping with a mask over their faces at night. In this case, there’s a patch that fits over your nostrils. The Provent patch holds two small plugs, one to place in each nostril. These plugs supply enough air pressure to keep the airways open at night.

The patches are less bulky and more portable than the traditional CPAP machine. But on the downside, buying monthly supplies of patches can be more expensive than the one-time expense of a CPAP machine.

In any case, there’s no doubt sleep apnea can have a serious impact on your health. And the fact that it could be tied to such terrible conditions as diabetes, heart disease and cancer should be enough reason to confirm a diagnosis and seek immediate treatment.