Why Are Elephants So “Immune” to Cancer? – Cancer Defeated 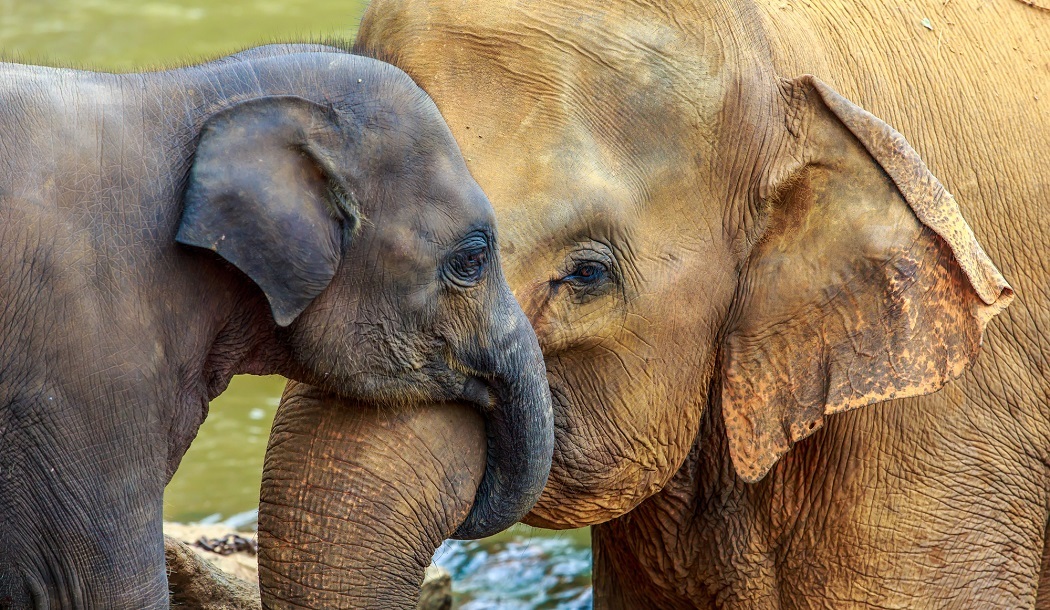 This baffling discrepancy has confounded scientists for decades: Elephants have 100 times as many cells as humans do, yet their chance of dying from cancer is far lower than ours – just five percent compared to 25 percent.1

Larger animals should have a higher risk of cancer. In theory, larger, long-lived animals should experience more cell divisions than smaller short-lived animals, and therefore should develop fatal cancer at higher rates. So theoretically, elephants should get cancer left and right.

But they don’t. They defy the odds. Now scientists are unraveling this medical mystery with hopes that answers will reveal new, more successful strategies to fight and prevent cancer. Here’s the story.

Cells suffer a certain number of mutations each time they divide. If all mammals’ cells are equally susceptible to cancer-causing mutations, cancer risk should increase pretty much in lockstep with body size and length of life. Except it doesn’t.

This unusual biological fact is called Peto’s Paradox, named after scientist Sir Richard Peto, one of the first to investigate cancer risk among different species.

Professor Peto, an Oxford luminary, discovered that humans and mice get cancer at similar rates, despite the enormous size and lifespan differences. We have 1,000 times as many cells as mice and live 30 times as long.2 This uncanny similarity between humans and mice is why laboratory studies on cancer often involve mice.

If cancer development and cancer protection is not by virtue of size, then what is the key factor triggering or preventing cancer?

Dr. Joshua Schiffman, researcher at the Huntsman Cancer Institute at the University of Utah, spent 14 years studying autopsy data from the San Diego Zoo, in a study funded partially by the National Cancer Institute (NCI).3

One day, while visiting Utah’s Hogle Zoo with his family, Dr. Schiffman stood admiring the elephants. A zookeeper mentioned the zoo drew blood weekly from its elephants to check their health.

Dr. Schiffman had an epiphany! Let’s study the blood from the African elephants at Hogle Zoo in an attempt to determine the reason for their cancer resistance.

The head veterinarian at Ringling Bros and Barnum & Bailey Circus heard about the study and also offered to help. They provided blood work from Ringling’s Asian elephants, and also helped out with funding and close collaboration.

Turns out, elephants possess greater anticancer defenses than you and I do in two important areas.

You have a gene called TP53, often called the “Guardian of the Genome.” It functions like a SWAT team against cancer and plays a key role in preventing the disease by controlling the tumor suppressor protein p53.5

Any time DNA mutations occur, p53 races to the rescue and commands the mutated cell to stop dividing immediately… and then signals your body to repair the problem. If a cell is too far gone for repair to be feasible, p53 signals it to commit suicide – apoptosis – killing the cell before it can form a tumor.

But here’s the elephants’ stunning advantage over you and me…

We humans get a mere two copies of p53.

But elephants can boast an astounding 40 copies of this anticancer gene.

To put this in perspective, those 40 copies of p53s are in essence on high security alert at all times. If they see a DNA-damaged cell, they pounce so it won’t develop into cancer.

Elephants have higher rates of apoptosis

In addition to studying elephants’ cancer risk, researchers also compared elephant blood to the blood of humans suffering from Li-Fraumeni Syndrome (LFS), which dramatically increases the risk of cancer.

This is a disease in which a person inherits just a single copy of p53. Having a single copy instead of two boosts their cancer risk to over 90 percent.

Experiments showed that the rate of DNA repair is similar between humans and elephants. However, elephants have a whole lot more cells dropping dead from apoptosis. Their damaged cell death rate is far higher.6

Dr. Schiffman is convinced that the elephant version of p53 is a mortal enemy of cancer. But researchers discovered p53 is only part of the story.

Elephant’s “dead” cancer-killing
genes can come back to life

And one particular version of the gene – LIF6 – can “come back to life” and continue inhibiting tumors.7

As described by senior study author Vincent Lynch, Ph.D., “Genes duplicate all the time. Sometimes they make mistakes, producing nonfunctional versions known as pseudogenes. We often refer to these dismissively as dead genes.”

LIF6 in effect rises from the dead so it can turn its tumor killing capabilities back on. LIF6 attacks damaged DNA by producing a protein that destroys mitochondrial membranes – thus knocking out the damaged cell’s power supply so it can’t grow into cancer.

Scientists are very excited about these new discoveries. Dr. Schiffman firmly believes the elephant version of p53 could be key to helping prevent and treat cancer in people.

In fact, a synthetic version of elephant p53 has already been effective against seven types of human cancer in laboratory testing – including breast, bone, and lung cancers.

Dr. Schiffman is working on additional lab-created versions of the p53 protein to test in mice and dogs. He’s also set his sights on human clinical trials.

Realize, though, that this is still in very early stage testing, and the jury is still out.

For Dr. Schiffman, this is a personal mission. He’s a cancer survivor, having overcome Hodgkin’s lymphoma as a teenager. Today, he’s more committed than ever to finding an answer to cancer.