Why Are Golfers at Higher Risk of Cancer? – Cancer Defeated 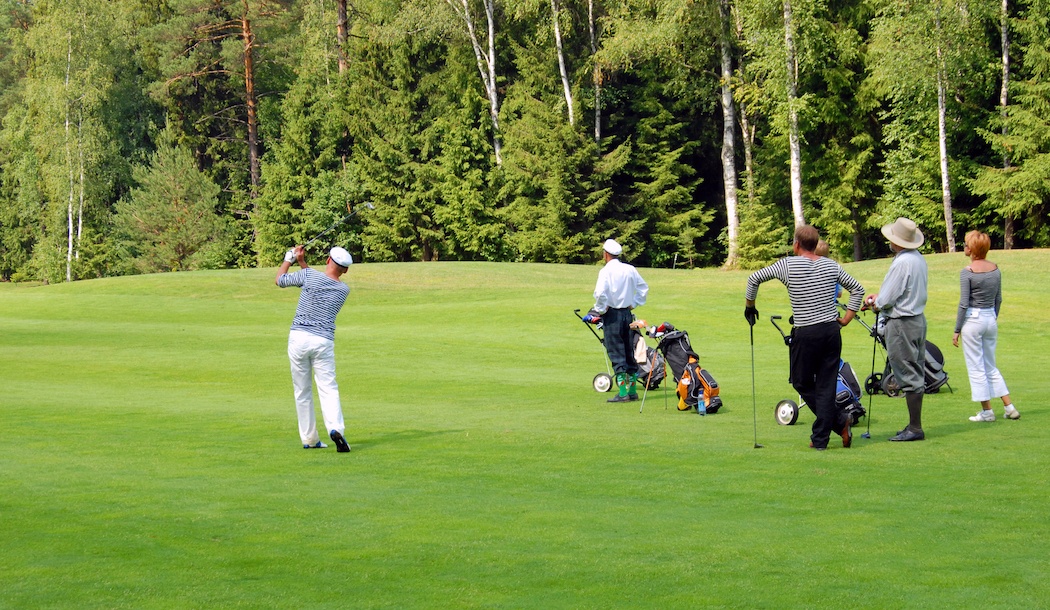 Experts are finding that people who spend large amounts of time on the golf course are at higher risk for cancers of the brain, large intestine, liver, lung and prostate. A University of Iowa study found that just working as a golf superintendent significantly increased the risk of developing one of these cancers.1

So what gives? Well, some researchers say the culprit could be 2, 4-D—one of the herbicides landscapers use to keep golf courses looking green and beautiful.

A British research team at Rothamsted Experimental Station developed 2, 4-D as a weed killer during World War II. Their goal was to increase crop yields for a nation at war.

Since its commercial release in 1946, 2, 4-D has been extremely successful at controlling weeds in wheat, corn, rice, and other cereal grasses. It’s also used to help tame the weeds alongside fences, highways and in hayfields and pastures.

But you might not know this shocking fact: 2, 4-D was also a compound in the notorious Agent Orange herbicide used by the U.S. military during the Vietnam War.

Researchers found that 2,4-D and other compounds in Agent Orange were contaminated with dioxins. These dioxins have been linked to the cause of illnesses such as cancer in people exposed to Agent Orange.2

For example, the Vietnamese Ministry of Foreign Affairs claims that 4.8 million Vietnamese people were exposed to Agent Orange, resulting in 400,000 deaths and disabilities. What’s more, 500,000 children were born with birth defects.3

And according to the U.S. Department of Veteran Affairs, Vietnam veterans exposed to Agent Orange tend to report higher incidences of a number of cancers including:

Because the Veteran’s Administration (VA) has found a direct link between these conditions and Agent Orange exposure—ALL of these except liver cancer are on the list of conditions eligible for compensation and treatment.4

Why not include liver cancer? The VA hasn’t explained as far as I can tell. However, the latest information shows that if you can prove that you were exposed to Agent Orange during active duty AND have a medical letter that links your liver cancer to that exposure, then you may be eligible for compensation and treatment.

In spite of this evidence, as late as August 8, 2007, the U.S. Environmental Protection Agency (EPA) issued a ruling insisting that current data does not support a link between human cancer and 2,4-D exposure.5

Well, maybe some pesticides are toxic…

To be fair, the EPA is not in total denial about the dangers of pesticides. The agency was called upon to collaborate with the National Cancer Institute and the National Institute of Environmental Health Sciences in developing the Agricultural Health Study (AHS)—a document that actually names several pesticides as carcinogens.

The multi-agency study began in 1993 and followed nearly 90,000 participants from North Carolina and Iowa to determine the role of various agricultural and lifestyle exposures on health.

Study participants were farmers and their spouses, or workers who use pesticides on a regular basis.

According to AHS results published in the May 1, 2003, issue of the American Journal of Epidemiology, 566 new prostate cancers developed among all pesticide applicators between 1993 and 1996. This compared to a prediction of only 495 based on incidence rates in the two states.

In this study the risk of developing prostate cancer was 14 percent greater for the pesticide applicators compared to the general population. This is not an overwhelming increase in risk, but, between you and me, I’m glad my job doesn’t involve handling pesticides.

Keep reading, because that 14 percent increase is just the tip of the iceberg.

Researchers found that cases of prostate cancer rose along with the frequency of exposure to a fumigant called methyl bromide. This gas is used nationwide to protect crops from pests in soil and to fumigate grain bins.

Scientists determined that cancer risks were TWO to FOUR times higher in men exposed to methyl bromide than among men who were not exposed.

Now that’s enough to get my attention!

The EPA has also dropped its “safety charade” when it comes to the lawn pesticide mancozeb. They’ve classified this chemical as a “probable” cancer-causing agent—because it’s known to cause cancer in animals.

The state of California has come right out and named the chemical as one known to cause cancer in humans.

In fact, in 2018, a California court saw such a distinct link between the glyphosate-based herbicide in Round-Up and a school groundskeeper’s cancer, the man was awarded $289 million in damages.

I don’t think the judges and bureaucrats in California are the last word on science, but this time they may have blundered into the truth.

The truth is, people of all ages—including children— are exposed to toxic chemicals used on green spaces every single day.

Illness reaching outside the golf course

Research performed since 2013 shows chemical pesticides and herbicides used on golf courses and other green spaces can cause cancer and neurological illnesses, birth defects and neurodevelopment disorders such as autism, lowered fertility levels, and high blood pressure.7

Think of the number of grassy areas you cross that are treated with herbicides… the number of exterminator-treated public buildings and private homes you visit… and the amount of public water you use that may be contaminated by chemical runoff.

Does this mean you should resign yourself to a lifetime of chemical exposure that inevitably leads to cancer? NO WAY!

Seven simple steps to protect yourself
from these chemicals

Although pesticides and herbicides permeate our environment, you can minimize your exposure to them with just a little effort.

The Lymphoma Foundation of America is among the organizations offering these suggestions:8

I’d add that if you own property on a golf course, encourage the course to use composted fertilizer instead of chemical fertilizers as a first step. Also, by making some changes to the plants surrounding the landscape you can reduce the need for chemical herbicides and pesticides. Some golf courses are already making the switch. Not only is it healthier for you and your family, but it’s healthier for the environment as well.

Will taking these steps ensure you won’t get cancer? Well, nothing can ensure that, but minimizing your exposure to pesticides and herbicides definitely won’t hurt you. In the long run it will very likely improve your overall health.