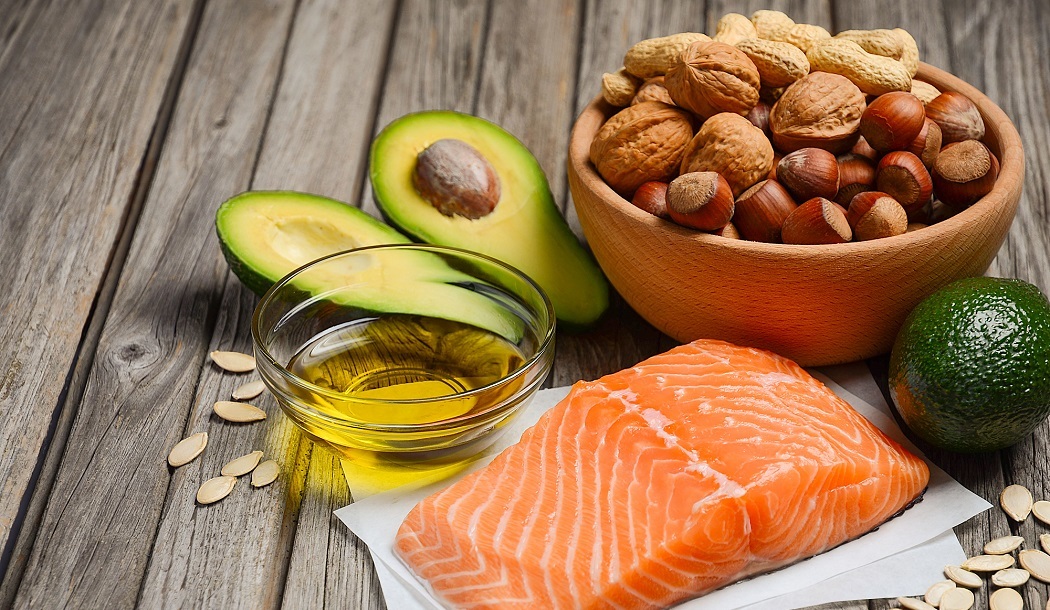 Your body comes equipped with natural defenses to fight off cancer. However, if your foods and supplements don’t supply the right raw materials to support these defenses, your immune system can’t effectively eradicate tumors that may start in one part of the body and then rapidly spread.

Complicating the situation, researchers have found that we’re not eating enough of a particular kind of fat that’s crucial for helping the body stop cancer. But the solution to this problem is easy: It’s simple to get more of this fat by switching around your food and supplement choices.

The desirable category of fats that helps stop cancer are the omega-3 fats found in fish and fish oil. You’re probably not surprised to hear that, especially if you’re one of my longtime readers. And like me, you probably take a supplement.

But here’s some new confirming evidence about omega-3’s and their cancer-preventing power.

Tests at the University of Illinois at Urbana-Champaign demonstrate that the body converts these fatty acids into what are called endocannabinoids – and these natural substances shore up your own internal natural anti-cancer protection.

As their name suggests, these endocannabinoids are molecularly similar to substances found in cannabis, AKA marijuana. But these metabolites made from omega-3s don’t possess mind-bending effects.

Illinois lab tests that analyzed the endocannabinoids’ influence on the development of bone cancer – osteosarcoma – showed they were involved in slowing the growth of tumors. They curtail the formation of blood vessels that would otherwise deliver growth-boosting nutrients to cancer cells, hinder the cancer cells from migrating out of the bones into other organs, and increase the die-off of cancer cells.1

“We have a built-in endocannabinoid system which is anti-inflammatory and pain-reducing. Now we see it is also anti-cancer, stopping the cells from proliferating or migrating,” says researcher Aditi Das. “These molecules could address multiple problems: cancer, inflammation and pain.”

The fact that the endocannabinoids help stop cancer from spreading around the body is particularly important in lowering a cancer patient’s risk of dying from their cancer.

“The major cause of death from cancer is driven by the spread of tumor cells, which requires migration of cells,” says researcher Timothy Fan. “As such, therapies that have the potential to impede cell migration also could be useful for slowing down or inhibiting metastases.”

Along with stopping bone cancer, lab research at the University of Nebraska demonstrates that omega-3 fats can also help block the growth and life-threatening migration of breast cancer cells.

In these tests, the Nebraska scientists compared the effects of the omega-3 fats with those of omega-6 fatty acids. Omega-6 fats are what we, as Americans, mostly consume. They are generally found in vegetable oils – and soybean oil is a particularly large source in the average American diet. Some estimates show that one of every ten calories consumed by Americans comes from soybean oil.2

When it comes to cancer, that’s scary! As the Nebraska research shows, women are probably much more susceptible to breast cancer when they eat too many omega-6 fats and skimp on omega-3s. On average, men and women eat ten to twenty times more omega-6s than omega-3s when we should only be consuming around twice as many omega-6s as omega-3s.

The Nebraska lab research found that omega-3s are linked to having more of the immune cells called T-cells in breast tissue and that these cells (which are white blood cells) strengthen the body’s attacks on tumors. Besides this, the omega-3s lower inflammation that can fuel the rapid growth and spread of tumors.3

“Our study emphasizes the potential therapeutic role of dietary long-chain omega-3 fatty acids in the control of tumor growth and metastasis,” says researcher SaraswotiKhadg. Dr. Khadg cautions, however, that taking in a lot of omega-3s is not a complete guarantee that you will never develop breast cancer. But it’s an important preventive measure.

Other researchers looking into how omega-3s can destroy cancer cells have found that these fats can latch on to receptors in tumors called “free fatty acid” receptors. A study at Washington State University shows that when the fats get hold of these receptors, they can set off cellular signals that clamp down on the manufacture of cancer growth factors that stimulate the spread of the malignancy.4

Meanwhile, other studies are showing the benefits of combining vitamin D with omega-3s to protect against cancer and other health issues.

A study in Asia found that this combination of fat and vitamin D could cause increased apoptosis (cell self-destruction) in three different types of breast cancer.5

And a long-running study called the VITamin D and omega-3 TriAL (VITAL) shows these two nutrients may reduce women’s overall risk of dying from cancer.6 The five-year study also showed they may shrink the chance of a heart attack.

“With heart disease and cancer representing the most significant health threats to women, it is imperative that we continue to study the viability of options that prevent these diseases and help women survive them,” says Dr. Stephanie Faubion, the medical director of the North American Menopause Society.

Other benefits of omega-3s include:

Helping cancer patients reduce their pain and fatigue while not losing too much weight: Studies in Spain and Brazil show that when people being treated for cancer consume more omega-3s, they can tolerate the side effects of chemotherapy and radiation more comfortably and find it easier to avoid drastic weight loss, a serious problem in these patients.7,8

Reducing the risk of depression and memory problems caused by cancer treatments: A review study at Ohio State shows that increasing your intake of omega-3s may help offset cognitive issues that often accompany chemotherapy. But, they add, your diet must also avoid high amounts of sugar to enable the omega-3 fats to reduce inflammation of the brain’s neurons and protect them from oxidative stress.9

Make sure you’re getting more Omega-3s

If all of these studies don’t convince you to get more omega-3 fat into your diet, I don’t know what will. Over and over again, experts say we’re taking in too many omega-6 fats in vegetable oils and too few omega-3s from fish. And this imbalance affects other issues besides cancer and heart disease, most notably memory loss. Even researchers investigating asthma among city kids have found that lack of omega-3s causes breathing problems to worsen.10

A couple of years ago, Dr. Artemis P. Simopoulos, the founder and president of the Center for Genetics, Nutrition and Health, a nonprofit educational organization, wrote in the journal Open Heart (run by the British Medical Journal), “Human beings evolved on a diet that was balanced in the omega-6/omega-3 fatty acids and during evolution, the ratio was about 1 or 2:1 whereas today it is at least 20:1 and in fact in some situations, even more than that.”

Dr. Simopoulos adds that this off-balance fat ratio makes us more liable to be overweight as well as more vulnerable to cancer and heart problems.11

Unfortunately, the reason we consume so may omega-6s in soybean oil as well as oils like cottonseed, peanut, sunflower and corn oils is because they’re inexpensive to manufacture. But don’t be penny wise and pounds-around-the-middle foolish by overdoing these processed oils, or you may pay a high price with poor health and increased cancer risk.

Many people still believe the myth – once heavily promoted by the medical profession – that heavily processed omega 6 vegetable oils like soy, corn and canola are healthy because they’re low in saturated fat. We now know this is nonsense, but the myth staggers on like a zombie. Don’t be taken in.