World’s Favorite Flower is a Deadly Killer Against Cancer 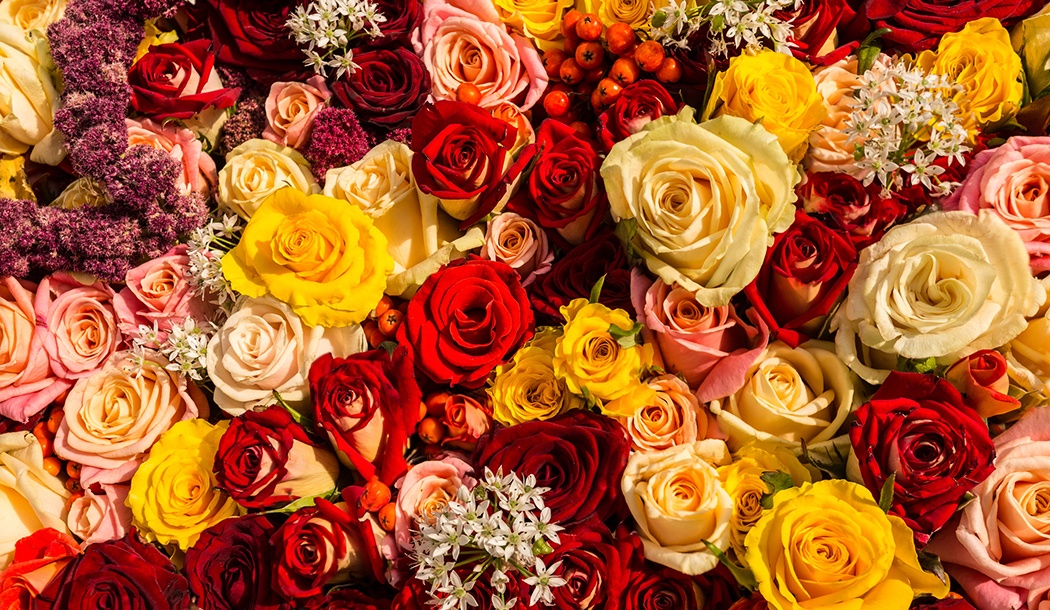 If we took a vote I’m pretty sure the rose would rate as the most popular flower in the world – but not for its medicinal benefits. I think few people know it can be used to treat a wide variety of health conditions, including cancer.

The British kept the fruit of this flower – called rose hips – in their pharmacies well into the 1930s. During World War II, they carefully gathered rose hips and made them into a syrup for the troops.

They knew something that most people have forgotten. But interest in this medicinal herb is starting to pick up again.

In recent years, researchers have studied the potential of rose hips to treat several diseases, including cancer.1 Most of the research has focused on a particular species known as Rosa canina, which is native to Asia, Europe, and North Africa.

What are rose hips?

Other names for rose hips include rose hep, rose haw, dog rose fruit, hipberry, hip fruit, hop fruit, and brier hip. Whatever you call them, they’re the seed pods of roses. They’re usually red or orange in color, but in some species the color ranges from dark purple to black.

Most people tend to deadhead rose hips, i.e. they prune away faded rose blossoms to keep them from going to seed, because the plants will then bloom again. So in a well-tended garden you may not see many rose hips!

However, if you leave the spent flowers on the rose bush until the end of the season, these tiny berry-sized balls will emerge on the tips of the stems.

The most potent rose hips are on wild rose plants. Wild rose hips have been used for thousands of years for their medicinal compounds. I just learned this in the course of preparing this article, and it’s especially interesting because wild roses are all over the place in my region. It’s an invasive weed.

The reason wild rose hips are so popular in traditional medicine is their mighty antioxidant and anti-inflammatory properties. It’s this feature that makes them highly effective in helping to prevent and treat cancer.2

A rich source of lycopene and other compounds

It’s well known that rose hips are very rich in vitamin C. But now it turns out they have a lot more going for them. One mighty antioxidant component of rose hips is lycopene.3 Besides helping with prostate cancer, lycopene may help prevent and treat breast cancer, too.

A 2008 study published in the American Journal of Clinical Nutritionfollowed 84,805 women for more than 7 years. The researchers found higher levels of lycopene consumption were associated with a lower risk of invasive breast cancers associated with estrogen and progesterone receptors in post-menopausal women.4

Galactolipids can reduce pain and inflammation without causing ulcers or thinning the blood like nonsteroidal anti-inflammatory drugs (NSAIDS), e.g. ibuprofen and aspirin.6 This is great news for those who may be at an increased risk from the nasty side effects of these drugs.7

The most astonishing research is how rose hips attack Triple Negative Breast Cancer (TNBC). If you’ve ever heard of TNBC, you know it’s an aggressive form of breast cancer that doesn’t respond to most conventional chemotherapy drugs.

And even people who do go into remission experience higher recurrence and death rates in the first three years, compared with other types of breast cancer.8 What’s more, adverse side effects and the rise of drug-resistant cancer cells are becoming a big concern for those facing this horrible disease.

A study at the North Carolina A&T State University investigated the effectiveness of rose hip extracts in preventing the growth of TNBC cells. When the extract was tested alone and in combination with a chemotherapy drug (Doxorubicin), the researchers found a significant decrease in cell growth.9

This showed rose hip extracts may serve as either an alternative or complementary treatment for Triple Negative Breast Cancer.

According to another study published in Science Daily, rose hip extract reduced the growth and migration of TNBC cells by as much as 45%.10

It’s important to note that these studies were in lab-cultured cells, not live animals or humans. Further study is needed to confirm the findings. But considering that rose hips are safe and effective, I see no reason why patients shouldn’t take this simple OTC remedy now.

Patrick Martin, Ph.D., leader of this study, stated, “My hope is that our studies in tissue cultures will lead to rose hip being recommended as a preventative measure in breast cancer or as an addition to current cancer treatment.”

These results showed the fruit extracts prevented cancer cell growth in all three types of brain tumors and may serve as an alternative to current chemo practices for glioblastomas.11

In a 2016 Spanish study, rose hips stopped the growth of human colon cancer cells. This result predicts a promising future for Rosa canina as a therapeutic agent.12

And in a study conducted in Serbia, researchers found that polyphenols in the fruit help prevent human cancer cells from multiplying.13

How to add rose hips to your diet

Since rose hips are rich in polyphenols, galactolipids, lycopene and vitamins A, C and E, recent findings report it as an emerging “functional food” that deserves to be integrated into a person’s diet without delay.14

You can get a dose of rose hips in many different ways — as liquid or powder form, in tea, jellies, sauces, syrups and soups, and as a supplement. It’s widely available. But it can be tart when eaten. That’s why many prefer to take it as a supplement. I enjoy the tea and have never found it to be too tart.

If you want to try your hand at picking your own rose hips, the fruit is usually harvested either a week after the first frost or in late fall. But garden-variety rose plants will not be as effective as the wild variety.

That’s because there are more than a hundred species of roses. They vary in their nutrient content, and Rosa canina seems to be the one with the heftiest doses. The rose hips of your garden roses (and other types, like the wild roses – Rosa virginiana — in my neighborhood) probably have some nutritional value, but not as much.

Anyway, they haven’t been studied as much so we don’t know as much about their nutritional value.

If you do decide to consume your own, be sure to pick them from plants that have not been treated with dangerous pesticides. That’s a tall order because garden roses tend to need a lot of spray.

When cooking rose hips, don’t use aluminum pans or utensils because aluminum destroys their vitamin C content. Use stainless steel or cast iron instead.

There are no reported side effects connected with moderate rose hip supplementation.15 Keep in mind that any given person can be allergic to just about anything – including people who have never had food allergies. So when trying a new supplement always be alert to side effects.