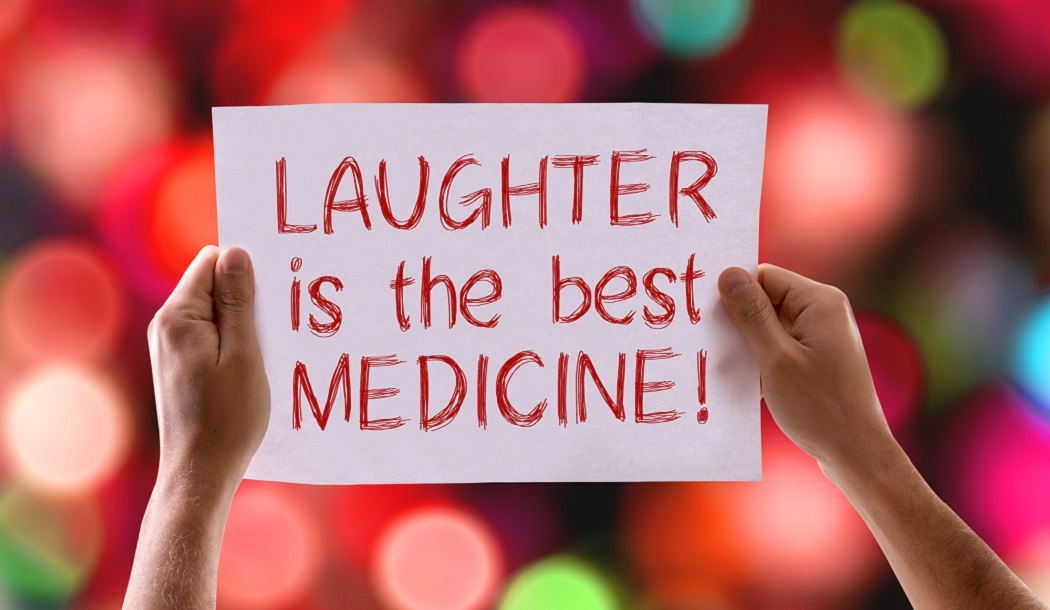 Babies do this by the time they’re three months old. Kids do it up to 100 times per day.

But as adults, we seem to lose our ability and some of us go days without doing it even once. I’m talking about laughter. The simple act of laughing can help you prevent and even fight cancer. As the latest research shows, in many cases, laughter is the best medicine.

Groucho Marx once noted, “A clown is like an aspirin, only he works twice as fast.”

Actor and comedian Carl Reiner would agree. Reiner has been a comedic icon for seven decades (along with his buddy Mel Brooks). He believes humor is key to his longevity, and at nearly 98 years old, he’s probably onto something.

In his words, “Laughter is my first priority. I watch something every night that makes me laugh… There is no greater pleasure than pointing at something, smiling and laughing about it. I don’t think there is anything more important than being able to laugh. When you can laugh, life is worth living. It keeps me going. It keeps me young.”

In 2017, he created a documentary titled, “If You’re Not in the Obit, Eat Breakfast.” It featured many people in their nineties who enjoy good health, humor, and most of all, an active funny bone.

Greek doctors used to prescribe visits to comedians as an important part of the healing process.1 And Native American medicine men used clowns to provoke laughter.2 Even the German religious reformer Martin Luther used humor as part of his counseling for folks with depression. He advised them to surround themselves with friends who could joke and make them laugh.3

The Bible also speaks of laughter’s health benefits. Proverbs 17:22 says, “A cheerful heart is good medicine, but a broken spirit dries up the bones.” This suggests that laughter has therapeutic qualities, while gloominess makes you sick.

But both case studies and scientific studies prove its value. And virtually every study shows positive health impacts.

Perhaps the most famous case study is Norman Cousins’ experiment on himself.

In 1964, he was diagnosed with a crippling, extremely painful degenerative disease called ankylosing spondylitis. Doctors gave him just a few months to live.

As an adjunct professor studying the biochemistry of human emotions at UCLA, he’d long believed that humor improved health.

These strong beliefs prompted him to request that his doctors prescribe him high doses of intravenous vitamin C. As an adjunct treatment, he watched funny movies and TV shows to induce laughter and mirth.

He claimed that ten minutes of laughter gave him two hours of pain-free sleep, calling laughter a natural anesthesia.

His unusual self-treatment saved his life. He went on to live for another 25 years, later documenting his “cure” in a book he authored, Anatomy of an Illness as Perceived by the Patient.4

Serious studies about our funny bone

Studies on laughter and healing began during the late 1960s and early 1970s – a time when the complex connections between the brain and immune system were considered highly controversial.

Today, there’s ample evidence that our emotions, mind, and body communicate with one other via a complex mix of hormones, cytokines, and neuropeptides.

In other words, your mood, thoughts, and feelings have a profound impact on your immune health. When it comes to laughter, research shows:

Full-body relaxation, feel-good endorphins, a healthy heart, disease resistance, calorie burn, a better mood, energy, courage in the face of difficulty… what’s not to like?

Are you humor-challenged?
How to add a daily laughter pill to your life…

When was the last time you enjoyed real gut-splitting laughter?

Performed a crazy stunt like a Chinese fire drill?

Or reclined on the floor with your head on someone else’s stomach for a round of “ha,” “haha,” “hahaha,” and so on, ending in an uncontrollable fit of belly laughs?

Watching funny movies is much easier today than it was for Norman Cousins fifty years ago. It’s as close as your laptop and YouTube or Amazon account.

What else can you do? Here are some ideas to jumpstart your imagination…

No matter how long we have on this earth, laughter sure makes the journey through life more enjoyable.

You don’t need to “get” all the science to enjoy the benefits.

As laughter researcher Robert Provine states in the documentary Laugh Out Loud, “Until the scientists work out all the details, get in all the laughter that you can!”

Who knows? Maybe laughter will gain its rightful place as a first-line adjunctive therapy. But in the meantime, grab all the fun you can in humor.